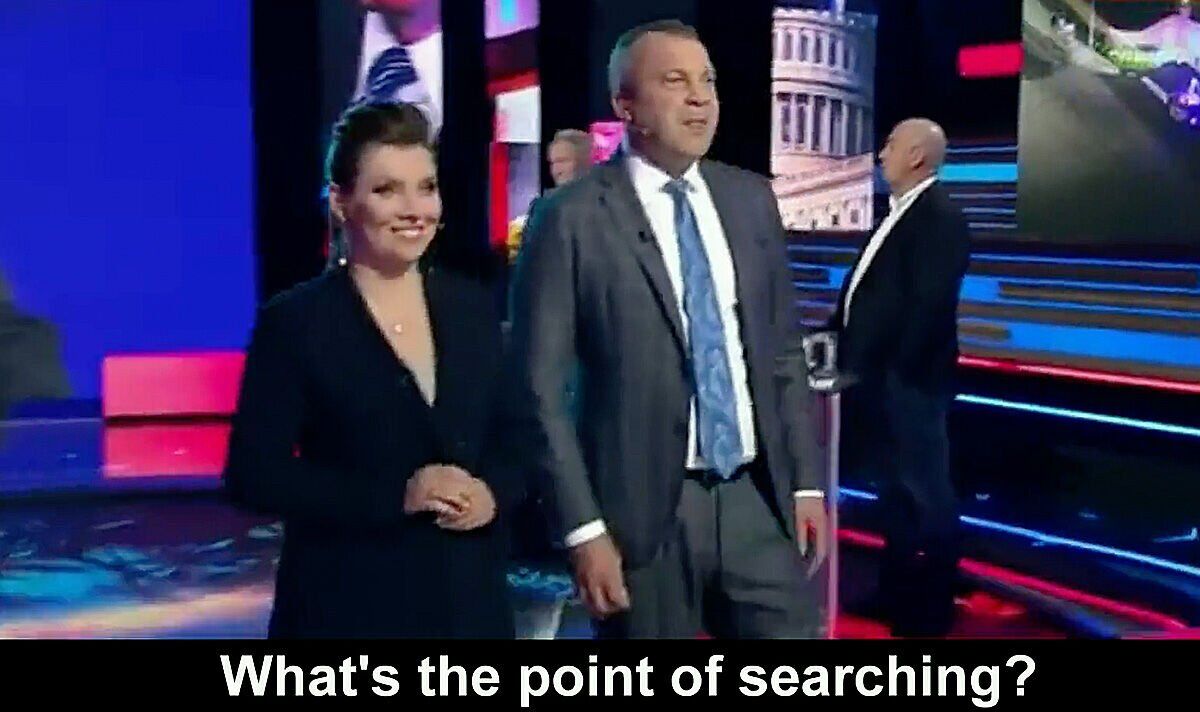 The Russian pundit ridiculed the FBI’s search for classified documents at Donald Trump‘s Mar-a-Lago resort as he insisted any detail of new weapons is already known in Russia. The former president was served with a warrant earlier this week, which was later disclosed to have been issued under the Espionage Act. Evgeny Popov taunted Joe Biden as he appeared to suggest details of top-secret intelligence into new military developments have been in Vladimir Putin’s hands “for a while.”

The Rossiya-1 host said: “Turns out that the investigation against Trump has to do with the disappearance of secret documents from the White House, related to the development of new nuclear weapons by the US.

“The FBI isn’t saying what kinds of weapons, or what they found in Trump’s estate.

“Obviously, if there were any important documents, they’ve been studying them in Moscow for a while.

“What’s the point of searching?”

JUST IN: Putin’s ‘next target’ laid bare by despot’s ally after failing invasion

The warrant and list of items taken were made public after Trump said he did not object to their release.

Mr Trump said on his Truth Social platform that the “nuclear weapons issue is a “hoax.”

He has said he was cooperating with authorities and called the “raid” inappropriate political retribution.

The former President also suggested the FBI may have planted evidence against him, without backing up that assertion.

Mr Trump had already publicly claimed the US had been developing a new weapons as he recounted how close to war with North Korea the country had been.

The law with number 793 prevents unauthorized possession of national defense information, without mentioning whether the records are classified or not. It is punishable by up to 10 years in prison.

That law was initially passed under the 1917 Espionage Act, which predates the statutory classification system.

The President has broad powers to declassify documents, raising the possibility that Trump could have done so before taking the records to Mar-a-Lago.

But Mr Trump insisted “it was all declassified,” as he addressed his supporters on his social media platform.