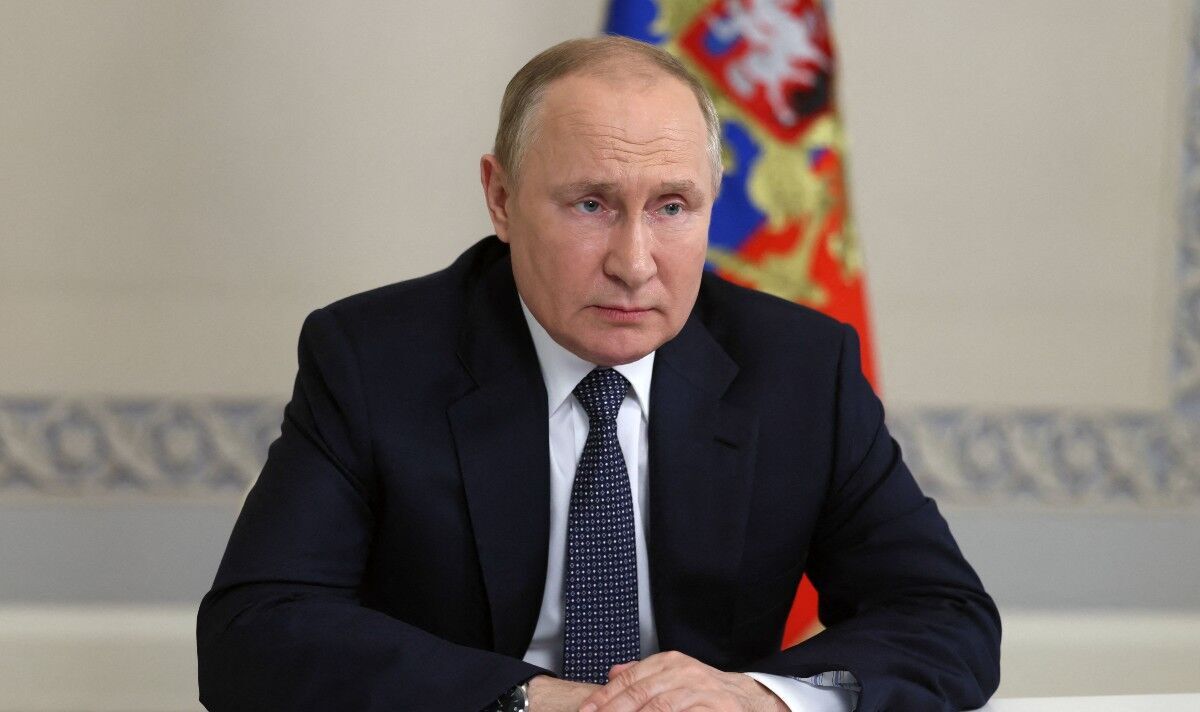 Since the Russian invasion of Ukraine, Vladimir Putin’s health has come under severe scrutiny, with rumours doing the rounds that the Kremlin leader may be seriously ill. A growing number of unconfirmed reports allege the 69-year-old president has cancer or Parkinson’s disease, and that his health is deteriorating rapidly.

Ukrainian officials also claimed he was gravely ill – but no firm evidence was offered to support the claim.

Russia denied all speculation that President Putin was suffering from ill health.

Russia’s foreign minister Sergei Lavrov addressed the rumours, saying: ”I don’t think that a sane person can suspect any signs of an illness or ailment in this man.

“I’ll leave it on the conscience of those who disseminate such rumors despite daily opportunities for everyone to see how he and others look like.”

In April, President Putin appeared to grip a table for support during a Kremlin meeting broadcast in the same month.

The president also looked bloated, which prompted some speculation this could be down to the side effects of Parkinson’s disease steroid treatments.

In May 2022, an anonymous Russian oligarch claimed the Moscow chief was suffering from “blood cancer” and that he was “very ill”.

The oligarch, who did not know he was being recorded in footage obtained by New Lines magazine, went on to slam the invasion of Ukraine.

Former MI6 Russia bureau chief Christopher Steele also said in an interview with LBC that he was “increasingly ill”.

He also claimed Mr Putin had to take frequent breaks from meetings to receive medical treatments.

Most recently, President Putin attended an awards ceremony at the Kremlin where he was filmed seemingly struggling to maintain his stance.

A video from the event posted on social media showed the Russian leader swaying while standing, listening to his counterpart deliver a speech.

In the same clip, while delivering his own speech to an audience at the Kremlin, the president could again be seen swaying while standing on a podium, according to the video posted on Twitter by NBC Universal senior executive Mike Sington.

Western officials have casted doubt on the claims President Putin could be seriously ill, however.

One anonymous official said: “President Putin is firmly in control of his inner circle, the country, and the decisions which are being made, irrespective of any speculation about his health.”

US intelligence officials also said they were not taking the claims of President Putin’s supposed illness seriously.