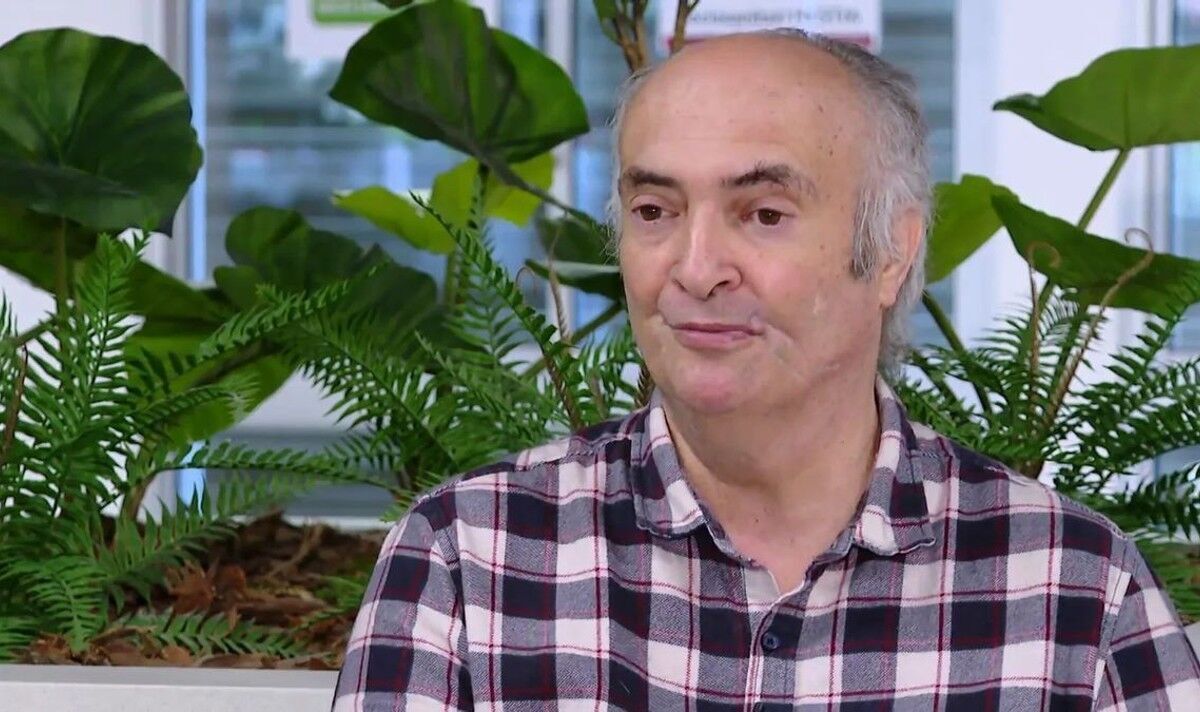 Eduardo Lozano from Barcelona caught Covid at the beginning of the pandemic. After two years and 45 days of hospitalisation, the 60-year-old has finally been discharged.

“When I woke up from coma, I looked like a corpse. I couldn’t move. I weighed 35 kilos.

“I had to learn everything again and that’s what I was able to do thanks to the nursing staff.”

Two years in bed have taken their toll on the former cab driver who now uses a walker due to damaged knees and can no longer drive.

His mouth bears scars from prolonged intubation and his lung capacity has been affected by the virus.

Mr Lozano also lost his home during his 25 months of intensive care.

During his time in hospital, he survived a virus which left him in the ICU for three months – two of which were in an induced coma.

He was admitted to Bellvitge Hospital on March 22, 2020, then transferred to the Hestia Duran i Reynals social-health centre in L’Hospitalet de Llobregat in Barcelona.

READ MORE ABOUT KILLER WORMS IN THE UK

It comes as the number of deaths involving coronavirus registered each week in England and Wales has topped 1,000 for the third week in a row.

Some 1,125 deaths registered in the seven days to April 29 mentioned COVID-19 on the death certificate, according to the Office for National Statistics (ONS).

The total is up eight percent week on week, though this will have been affected by the Easter bank holidays in previous weeks when most council offices were closed, creating a backlog of deaths needing to be registered.

Similar patterns have been seen in past years in the weeks following Easter, the ONS stated.

The disruption to registrations caused by the recent bank holidays means the overall trend in the number of deaths is unclear.

But with Covid infections now falling in England and Wales after the peak of the Omicron BA.2 wave, past evidence suggests the death figures will soon begin to show a small decline.

Overall, 195,916 deaths have now occurred in the UK where Covid was mentioned on the death certificate