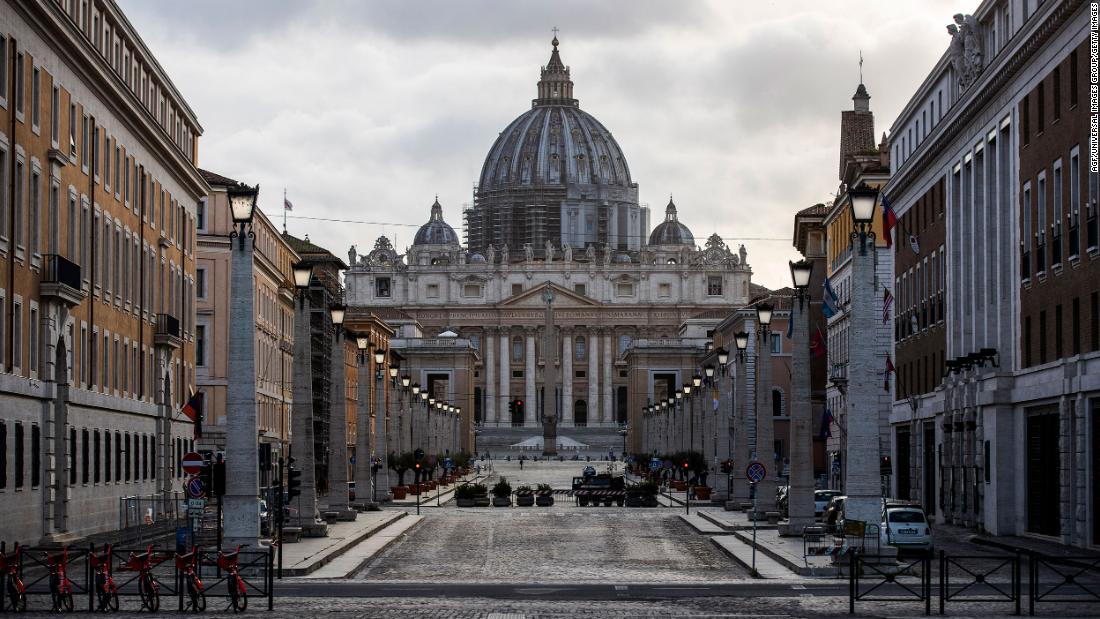 (CNN) — Just when you thought the summer of tourists behaving badly was over, another person on vacation wrecks another priceless artifact.

This time it’s the turn of an American tourist who smashed no fewer than two ancient Roman sculptures into pieces at the Vatican on Wednesday.

The episode took place in the Museo Chiaramonti, part of the Vatican Museums, around lunchtime. The space holds around 1,000 works of ancient statuary, and describes itself as “one of the finest collections of Roman portraits” in the world.

Two of those portraits are now facing an uncertain future after the tourist knocked over one in anger, then toppled another as he fled the scene.

The man had demanded to see the pope, according to newspaper Il Messaggero. When he was told he couldn’t, he allegedly hurled one Roman bust to the floor.

As he ran off, with staff in pursuit, he knocked down another.

The two works of art have been taken to the inhouse workshop to be assessed. While around 2,000 years old, they are thought to be secondary works of art, rather than famous works, a source told Il Messaggero.

Director of the Press Office for Vatican Museums Matteo Alessandrini told CNN that the American man, around 50 years old, was in the “Galleria Chiaramonte” corridor, which houses around 100 busts and statues.

“The busts were affixed to shelves with a nail but if you pull them down with force they will come off,” he said. “He pulled down one and then the other and the guards came immediately and stopped him and consigned him to the Vatican police who brought him in for questioning. Around 5:30 p.m. he was handed over to the Italian authorities.

“The 2 busts have been damaged but not particularly badly. One lost part of a nose and an ear, the head of the other came off the pedestal.”

He said that restoration work had already begun, and that “they will soon be restored and back at the Museum.”

Mountain Butorac, who leads pilgrimages to the Vatican and who often visits the Museo Chiaramonti, said: “One of the beautiful things is that it allows the visitors to get literally face to face with these ancient sculptures. My fear is that with behavior like this, barriers could be put in place.”
Tourists damaging monuments has been a theme of this summer in Rome. In July, a Canadian tourist was caught carving her name into the Colosseum, while American tourists were caught hurling scooters down the Spanish Steps, breaking off pieces in the process, and a Saudi visitor drove his Maserati down the same architectural icon.

Correction: A previous version of the story misattributed a quote to a Vatican Museums spokesperson.

Delia Gallagher contributed to this report