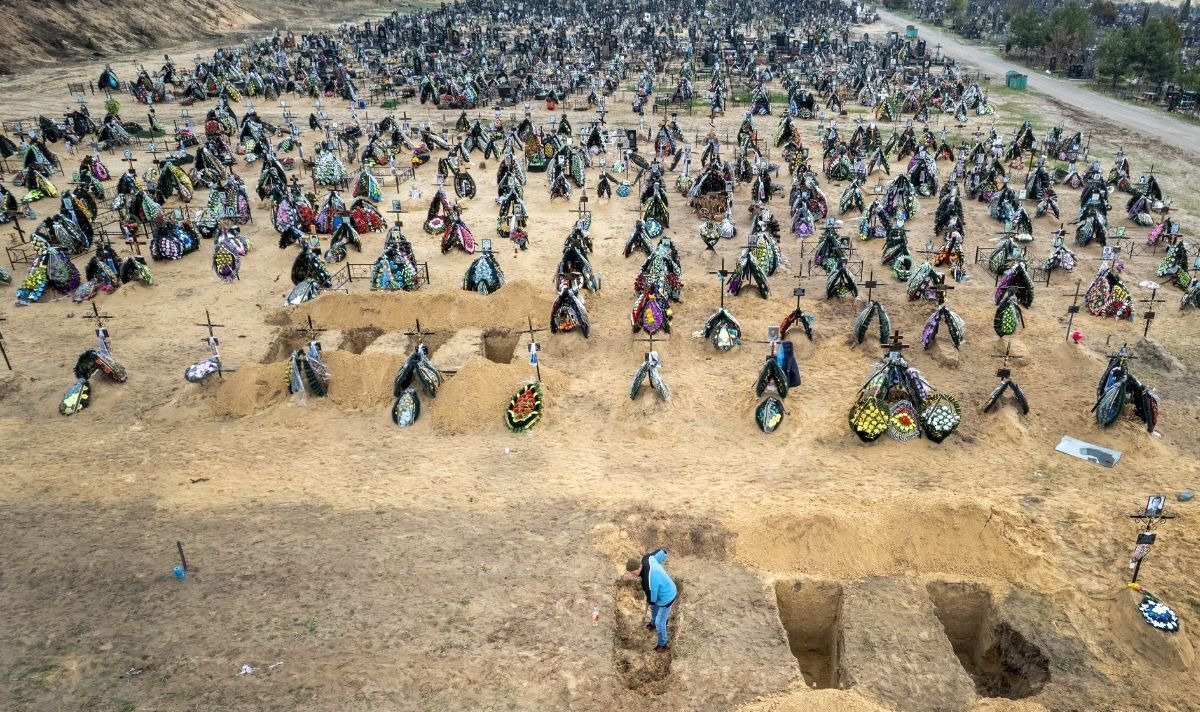 Ukrainian authorities are reportedly preparing for a huge number of casualties from Russian attack as mass graves are being dug in Dnipro.

Journalist Lyse Doucet visited a cemetery in the central Ukraine city and confirmed reports of the morbid preparations.

Broadcaster Victoria Derbyshire described the scene as she said: “Full of the freshly dug graves of some of the people who’ve been killed in this war.”

Ms Doucet said: “I will never forget this cemetery, a cemetery where every new death in this war is now marked with a Ukrainian flag.”

The journalist discussed her visit to the site with Ms Derbyshire as part of the BBC’s dedicated podcast, ‘Ukrainecast’.

“The gravediggers said to us we don’t know what’s going to come so we are already digging the graves.

“We were in this cemetery for nearly an hour, the only sound was the sound of the birds, including the crows with their shrieking and the sound of these flags snapping in the wind.”

Ms Doucet described the concerned cemetery workers who had continued digging graves due to the unpredictable nature of the Russian invasion.

As Putin’s forces continue to push forward with the Russian attack, Ukrainian communities have made the tragically pragmatic decision to prepare for a huge number of casualties.

Ms Doucet also detailed her heart-wrenching encounter with a Ukrainian soldier who was forced to run across “rows and rows” of graves in a desperate search for the burial site of his friend.

She said: “He was obviously looking for someone and his eyes were so red, he was crying.”

The official update from the UN said the real number of casualties could be far higher.

In the chaos of the invasion many people are missing as an estimated 7.1 million citizens have been internally displaced by the conflict.

The Russian invasion is expected to affect 18 million people, according to UN figure.

This data would suggest nearly half of the total population of Ukraine will be directly impacted by the Russia attack.