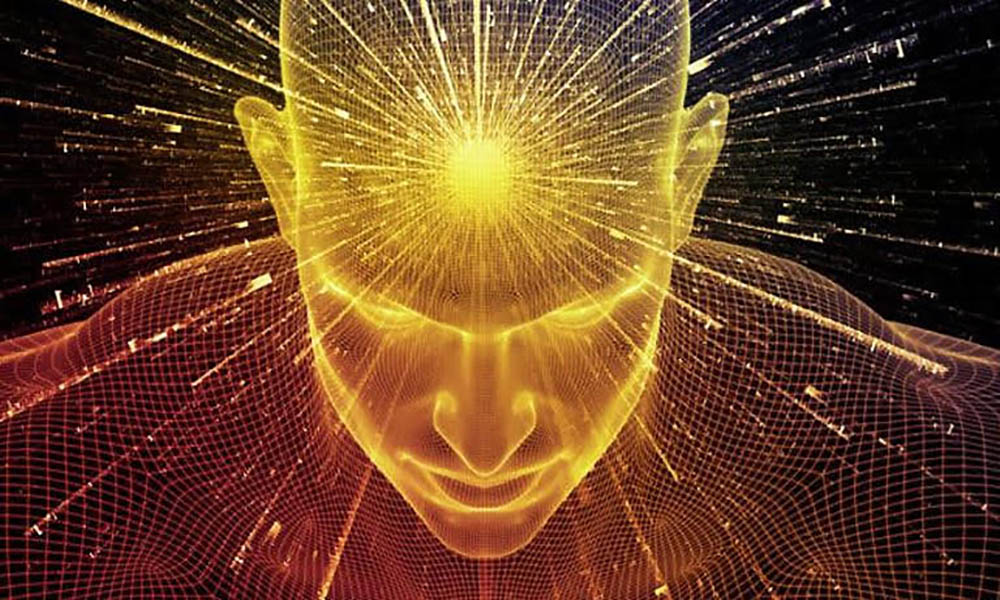 Most of us think of consciousness as a product of the brain that governs our limbs and senses. If someone said that the human consciousness has a higher level of energy, which can not only change the human body, but also the surrounding environment, and can even determine the fate of people , wouldn’t it sound inconceivable? Here, we explore the relationship between human consciousness and energy.

Many people may have heard of the “placebo effect”. For example, in the case of an ineffective therapy or intervention, one just needs to convince the patient that it can improve their health and change their mentality. In a comparative study, the doctor only injected the patient with normal saline, but told him that the injection was a certain therapeutic drug. As a result, the patient got better, just like using the real drug.

The effectiveness of this “placebo effect” has now been proven in the medical field, which seems to demonstrate the power of the mind beyond the physical. And the researchers also found that some factors that can affect the “placebo effect” are related to people’s spirit and mind. For example, optimistic people are more likely to experience a positive impact than pessimistic people; patients feel less symptomatic when they see a doctor they trust. Also, during clinical trials, when researchers told the research participants that they had slept longer than they actually had, they performed better on both language and numeracy tests when they heard that they were getting enough sleep; and when the hotel cleaners heard that their work counted as physical exercises, their health status including weight, body fat, waist-to-hip ratio and blood pressure improved.

Dr. Bernard Lown is a famous American cardiologist and the 1985 Nobel Peace Prize winner. In his book The Lost Art of Healing, he recounts what he remembered as an astonishing experiment. In 1936, a prisoner in India who was sentenced to be hanged was taken to a room, and a man was standing in it. The inmate thought he was a prison administrator, but the man was actually a researcher.

The researchers told the prisoner that he was going to be executed, he could choose to be hanged or to bleed to death. The prisoner chose the latter. So he was tied to the bed and blindfolded. What he didn’t know was that there were containers of water hanging from the four bed posts and drip buckets below, and then the researchers scratched his wrist without actually puncturing the blood vessel. Then began to let the water drip out and allowed the prisoner to listen to the sound. At first, the researchers let the water flow very fast, and after a period of time, gradually slowed down the flow of water, giving the prisoner the illusion that his blood was running out. By the end of the dripping sound, the healthy young man’s heart also stopped. He was dead without a drop of blood shed. This experiment has not been repeated in the West because it challenges ethics. But in fact, modern scientific research has found that the influence of the mind on the human body exists all the time, and it has an amazing influence.

Dr. David R. Hawkins was born in Wisconsin in 1927. He was known as a pioneering researcher, author, clinician and scientist in the field of consciousness research and spirituality. He appeared on major network television and radio shows; and lectured widely at Westminster Abbey, Oxford Forum, Notre Dame, Harvard, and more. He died in Arizona in 2012.

Together with other scholars, Hawkins spent more than two decades developing a book “The Map of Consciousness Explained” by studying human consciousness and human vibrational frequencies. During the period, the randomly selected test subjects spanned across the United States, Canada, Mexico, South America, Northern Europe and other places, with various indicators of diversity such as race, culture, industry, age, etc. He accumulated millions of data, and did more than 250,000 comparison corrections in order to determine how a person’s values, attitudes, and emotions represent a person’s level of conscious energy.

Scholars have found that people’s different states of mind and emotions will have different vibration frequencies. In Dr. Hawkins’ diagram of the distribution of consciousness, an energy level of 200 is the cut-off point, which represents a vibrational frequency of 20,000 Hz. A level below 200 is negative and harmful to people. Dr. Hawkins believes that people are prone to diseases when their energy level is below 200. Usually evil thoughts will cause energy levels to be low, but when people suffer great pain, their energy will also be very low, which will hurt their health. Let’s take a look at what this energy level represents, from low to high.

The lowest energy level is shame, which has an energy level of 20 and is close to death. People will feel highly miserable, such as when being beaten and scolded, deceived, or ridiculed. And many people do commit suicide in this state of mind. Especially since we are living in the cyber era when many are just commenting anonymously but don’t know what kind of serious harm they will bring to others.

Next will be guilt, which has an energy level of 30. People at this level have a deep sense of guilt or know they have done bad things, such as murderers on the run, drug lords, and gangsters. At this time, the psychological reaction is evil. Very few people were at this energy level in Dr. Hawkins’ research.

They are followed by apathy with an energy level of 50. People in this state don’t care about themselves or others, their views of the world and people are hopeless, they might be highly addicted to drugs, alcohol, drugs, etc.From this onward are grief (level 75), fear (level 100), lust (level 125), anger (level 150), and pride (level 175). These are all below 200, which are negative energy levels that are harmful to one’s body and make one’s life unhappy.

When it reaches the energy level of 200, the consciousness begins to show positive energy. The first is courage (level 200), including perseverance, taking responsibility, etc. Then there is Neutrality (level 250). The next step is willingness (level 310), such people will take the initiative to complete work tasks, because they are no longer proud and stubborn, they can see their own shortcomings and grow themselves; then acceptance (Acceptance, energy level 350). These people can bring happiness to others. Many successful entrepreneurs, politicians, as well as outstanding figures from all walks of life have their conscious energy levels from a range of 200-350.

They are followed by reason (400) and inner love (500). Such people are likely to achieve great achievements in the scientific or ideological world. It is said that Einstein, Newton, etc. belong to this level. There are very few people in human society who can reach the levels of 400 to 500.

When a person’s conscious energy can reach 540, it is the level of inner joy. His mind would have a special energy. Within the range of his energy field, those who are sick or in pain may get some relief. When it comes to Peace (600), people will have a greater energy of thought and healing, and be able to care for others even more.

Enlightenment (700-1000) is the energy level of all enlightened beings who have created spiritual paradigms in history that can be followed by all generations. Dr Hawkins said he had the privilege of meeting one such person in person, and that was Mother Teresa. Mother Teresa won the Nobel Peace Prize in 1997. The moment she walked into the room, everyone present was filled with inexplicable happiness. Her appearance made people almost forget any distractions and resentment.

According to Dr. Hawkins’ research, in his time, there were only 12 people in the world with an energy level of 700-1000. However, Dr. Hawkins said he had never seen a person with an energy level of 1000 in his life. He believes that the birth of these people will bring blessings to all human beings and can affect the conscious energy field of all human beings. Its consciousness is entirely divine. Legend has it that as soon as Jesus appeared in a certain village, the mood of the surrounding people became extremely clear and pure.

The experimental results of Dr. Hawkins and others show that each person’s energy level is determined by the person’s beliefs, motivations, behaviour and spiritual realm, and a person’s energy level determines everything in this person’s life. So each of us will ultimately be responsible for each of our thoughts, words or actions. This sounds very much like what the ancient Chinese said: a family that accumulates good deeds will have reward; a family that accumulates bad deeds will have more disasters.

The Secret to Boost Energy Levels

A person below 200 is harmful to people, so being able to jump from below to above 200 is a huge energy level jump, and can even change a person’s life destiny. So what can you do to improve your energy level?

In fact, everything that exists in this world has its own vibration frequency and energy level, including books, paintings, architecture, music, food, etc.And everything in the environment of a person will have an impact on the level of consciousness of this person.

For example, the ancient Chinese spoke of “virtuous and elegant music”, and believed that music that focuses on morality and noble aspirations has pure energy, and can play a good role for both performers and listeners, even curing diseases. The classic work of traditional Chinese medicine “Huangdi Neijing” refers to the theory of “five tones for disease treatment”, and the five tones of “gong, shang, jue, zhi, yu” correspond to the five organs of the human body, spleen, lung, liver, heart, and kidney respectively. , treat different diseases with music of different tunes. In traditional Chinese characters, the word “medicine” is derived from the word “le” (happiness) in music, which means that it plays a therapeutic role in music.

British acoustic engineer John Stuart Reid invented an instrument for research in the field of Cymatics (also known as acoustic dynamics), and found that different frequencies and energy levels will have different effects on water. We all know that 70% of the human body is composed of water, so different sounds will inevitably have different effects on the human body. It seems that modern science and ancient wisdom have found another common thread.

The above is just using music as an example. But many things are the same. Therefore, if we hope to improve our energy level and obtain happiness, we can try to get in touch with more orthodox and beautiful things that help to improve morality. For example, classic masterpieces, classical music, traditional paintings left by people with an energy level above 500.

In addition, meditation practice is also a good way. Now scientific research shows that after meditating, the metabolism and blood pressure levels of the human body will decrease, the heart rate will slow down,, and the intensity of the brain waves representing calmness will increase greatly. Chinese traditional culture also emphasises meditation. According to the Zhuangzi ‘ records, Huangdi Emperor once asked Guangchengzi to learn the way of longevity. Guangchengzi told Huangdi that meditation can not only maintain health and prolong life, but also open up and increase wisdom.

In fact, the orthodox cultivation culture of the East and the West is the wisdom left by the enlightened beings with the highest energy level, and it contains the idea of ​​making people conform to the way of heaven and valuing virtue and doing good deeds. The Enlightened One uses language that people can understand to explain the method of spiritual ascension, and help people become “tolerant”, “reasonable”, “kind”, “joyful”, and finally achieve “enlightenment”. If there is any shortcut to increase the energy level, it may be to listen to the teachings and follow in the footsteps of the Enlightened One.