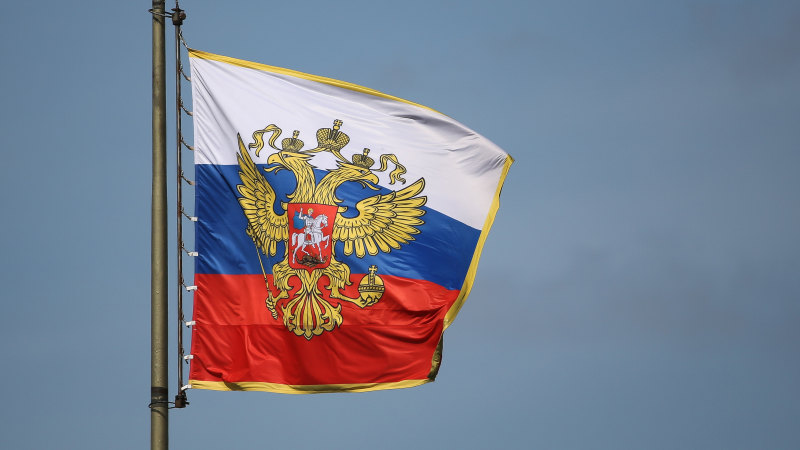 Russian fans attending Novak Djokovic’s demolition of Andrey Rublev at the Australian Open have been detained by police at Melbourne Park after allegedly threatening security.

The group of fans gathered on the stairs between two of Australia’s iconic tennis stadiums, Rod Laver and Margaret Court Arenas, to make a provocative political statement.

Supporters have flouted policies banning Russian and Belarusian flags from the grounds of Melbourne Park since the tournament began on January 16.

But the incident on Wednesday night, in which the group of four men brandished flags with Russian insignia with one bearing the image of Putin, is the most serious breach yet.

“Victoria Police intervened and are continuing to question them. The comfort and safety of everyone is our priority and we work closely with security and authorities.”

Tennis Australia moved to ban patrons from bringing Russian or Belarusian flags or insignia into Melbourne Park after they caused offence in the initial stages of the grand slam.

“Our initial policy was that fans could bring them in but could not use them to cause disruption. Yesterday we had an incident where a flag was placed courtside,” Tennis Australia said last week.

“We will continue to work with the players and our fans to ensure the best possible environment to enjoy the tennis.”