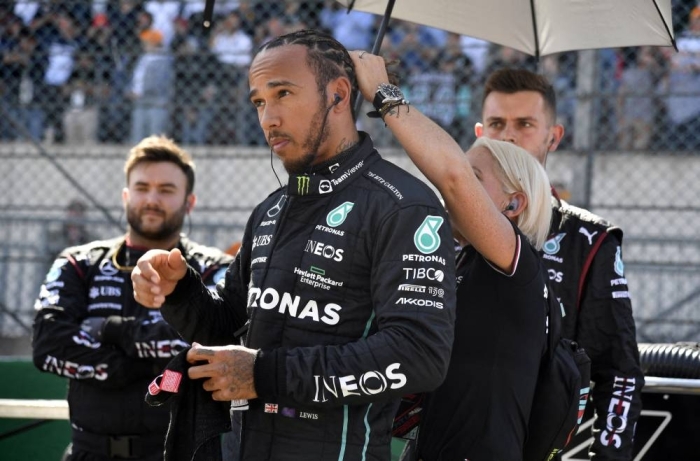 SPA-FRANCORCHAMPS (Belgium), Aug 28 —Lewis Hamilton retired from the Belgian Grand Prix on Sunday and was called an “idiot” by Fernando Alonso after the two drivers collided on the opening lap while fighting for second place.

Double world champion Alonso had lined up third on the grid for Alpine, with Mercedes’ seven-times champion Hamilton alongside.

Alonso made a great start to seize second from Red Bull’s Sergio Perez while Hamilton moved up to third and tried to overtake the Spaniard, turning across after edging half a car length clear.

They collided, Hamilton’s Mercedes lifting high into the air and clattering across the kerbs before parking up beside the track—ending his record of finishing every race this year.

“What an idiot, closing the door from the outside,” exclaimed Alonso over the radio of his former McLaren team mate and winner of a record 103 races.

“We had a mega start but this guy only knows how to drive and start in first.” Stewards investigated the incident and decided to take no further action.

Hamilton, the sport’s most successful driver of all time, continued for half a lap before slowing and pulling over with smoke coming from the back of his Mercedes. — Reuters