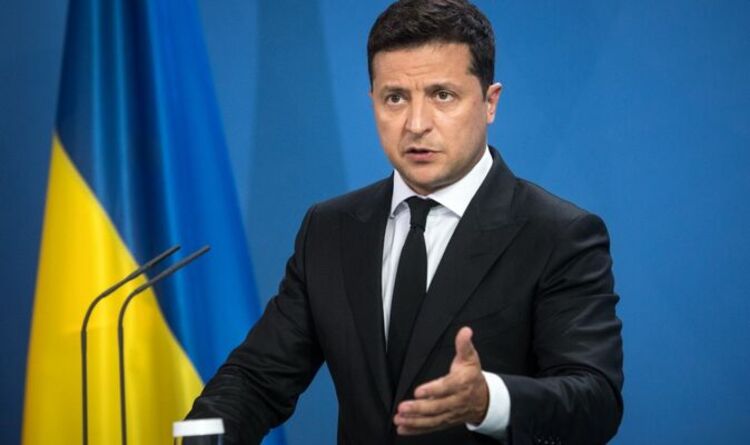 The Ukrainian President voiced his concern about action taken by the 27 EU member states during a virtual appearance before the Irish Parliament. The Brussels bloc has been divided over imposing sanctions, including when Germany helped delay the EU’s decision to exclude Russia from the financial service scheme SWIFT.

The EU has also made its first move against Moscow’s energy exports with a ban on Russian coal.

However, the plan was delayed on Wednesday following uncertainty about whether it would apply to existing or only new contracts.

The EU is also not planning to impose any immediate sanctions against Russian gas due to opposition from member states, including Germany and Hungary.

However, while Berlin has pledged to end gas imports by mid-2024, Budapest has vowed to prevent the bloc from sanctioning Russian oil and gas following Viktor Orban’s election victory on Sunday.

Mr Zelensky told MPs in Dublin he could no longer “tolerate any indecisiveness” over sanctions from the EU “after everything that we have gone through in Ukraine”.

In another blow to Brussels, the European Commission’s vice president Josep Borrell revealed the bloc paid Moscow €35billion (£29billion) to the Kremlin in energy imports compared to just €1billion (£834million) in arms aid to Kyiv.

The Ukrainian President’s comments also come after he thanked Boris Johnson for the UK’s response to Russia’s invasion.

In a separate speech, he said: “Thank you, Boris for the leadership! Historical leadership. I’m sure of it.”

The UK announced it would introduce an asset freeze against Russia’s largest bank Sberbank, ban British investment and will legislate for a ban on iron and steel imports.