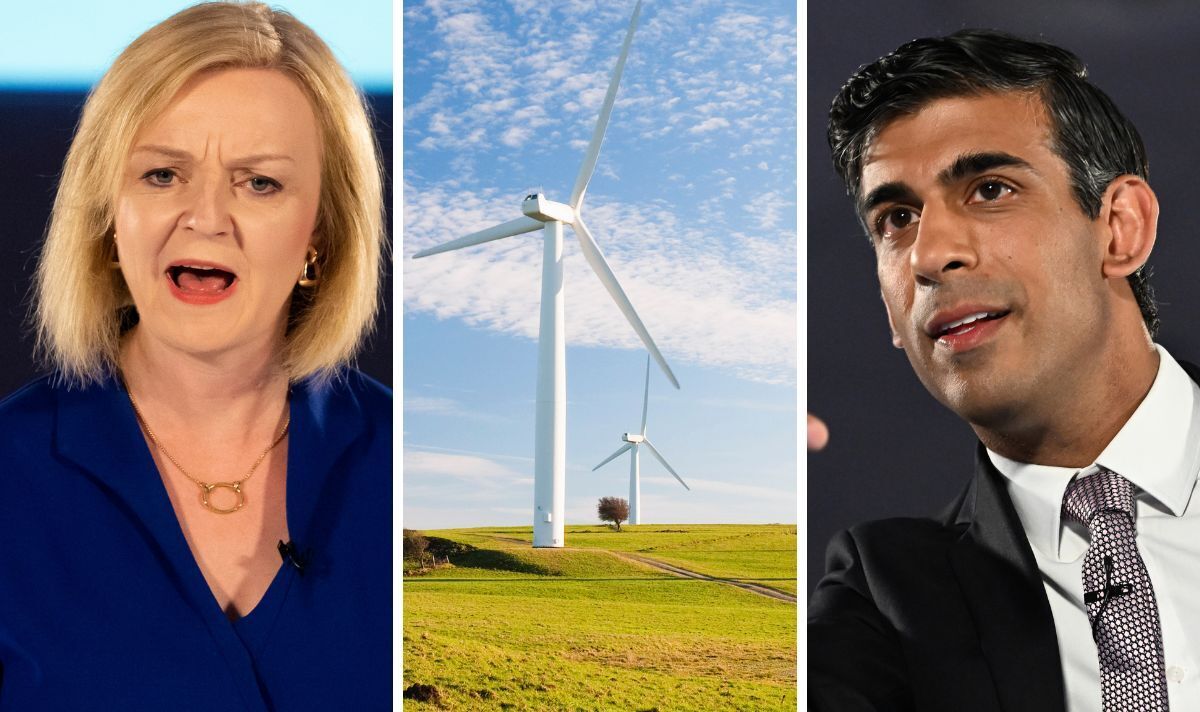 On Wednesday, Rishi Sunak seemed to have changed his policy on onshore wind farms, prompting his rival in the Tory leadership race Liz Truss to call out his indecisiveness. Tonight the former chancellor said he would consider building new onshore wind farms, despite earlier in his campaign stating he would continue with the turbine ban.

Mr Suank attended a hustings in Cardiff on Wednesday where he was asked by an audience member if he would be “bold enough to scrap the embargo of onshore wind in England”.

The Tory leadership candidate answered: “Yes, in a nutshell. We’ve already said that we are aiming to do that where we can do it with local communities.

“That has proven difficult, but I think actually with the different economic incentives, it might be possible that we can get that to work.”

This is a change in position from a few weeks ago when the leadership candidate said he would continue the ban on building more wind farms on land.

Mr Sunak spoke with the Telegraph on July 19 about his wind energy policy.

He said “I want to reassure communities that as Prime Minister I would scrap plans to relax the ban on onshore wind in England, instead focusing on building more turbines offshore.”

Wind turbines can be a divisive subject in rural areas in Britain, as they generate a lot of noise and some believe they spoil the beauty of the local area.

Those built out at sea are more reliable than wind turbines built on land, however, they are expensive to maintain.

READ MORE: REVOLUTION in Conservatives as Tories scramble to Bring Back Boris

A recent survey of Tory voters has also put Ms Truss 32 points ahead of Mr Sunak in the Tory leadership race, making Wednesday an eventful day for the two final Tory leadership candidates.

On Thursday, August 4, Mr Sunak and Ms Truss will hold a televised debate on Sky News at 8pm.

There is only one month left to go before Conservative party members will vote on their new leader and Britain’s next Prime Minister.

This week, voters have begun to receive their ballots to cast their votes, but the newly elected leader will be announced on September 5.