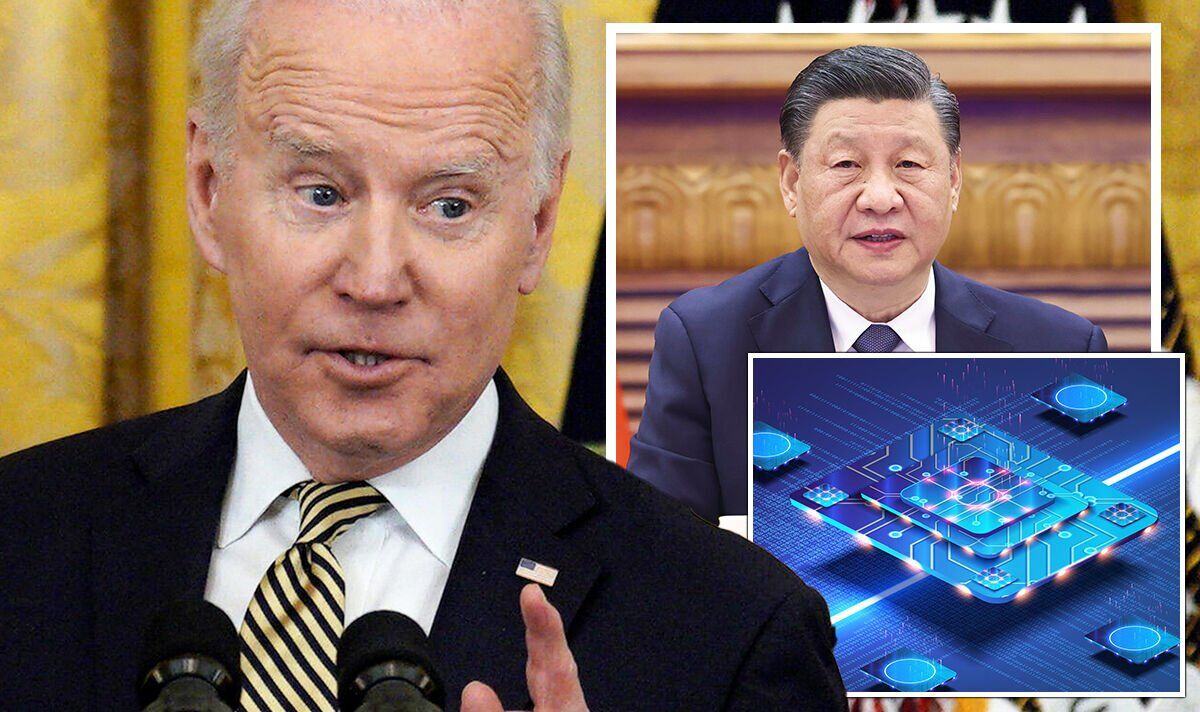 The bill, which would provide $52billion (£43billion) in subsidies to US chip makers, passed a House and Senates vote last week. While it may take some time before the semiconductor shortage gets eased, the Chips and Science Act looks set to boost US competitiveness in the global chip market and could help the US fly ahead of China in this domain. Mr Biden is now expected to sign off the bill into law, to slash reliance on Chinese manufacturers which have been holding a tight grip on the market.

A semiconductor chip is an electric circuit forming a crucial component of wide range of technological devices, ranging from 5G tech, to computers, cars and gaming hardware.

Zachary Collier, an assistant professor at Radford University, said: “Increasing domestic manufacturing capacity is an important step toward building a secure and trusted end-to-end semiconductor ecosystem, which is needed to support space, defence, critical infrastructure, and many other sectors.”

But the global industry was dealt a blow when the pandemic battered production lines and sparked major supply chain disruptions, triggering a shortage.

But while nations were struggling to boost their control of the chip market amid a tough period, China’s industry grew as it captured 9. percent share of the global semiconductor market in 2020.

And last year, figures show China had 12 percent of the world’s capacity.

And while China’s market is growing, the US’ has been hit with decline.

As China has been ramping up its own domestic production, experts warned that buyers could eventually rely on China for a lot of the basic chips currently in short supply.

But now, the US could return to its former highs and prevent China from holding this grip on the market by ramping up its own domestic production.