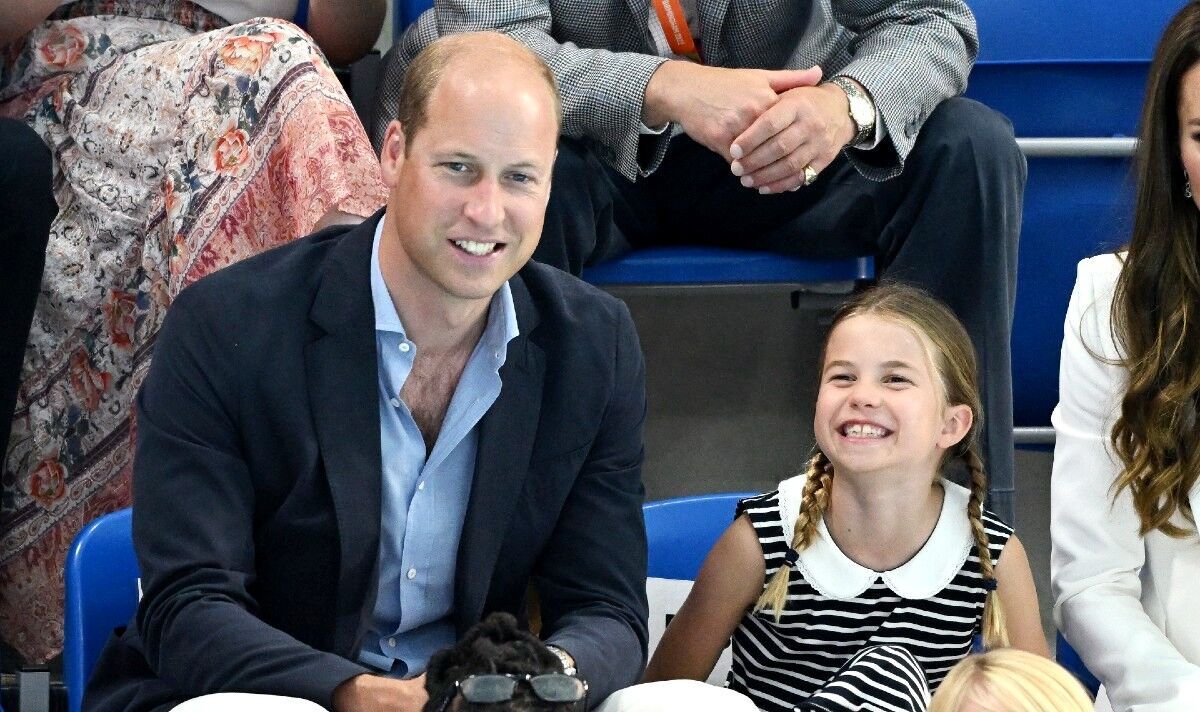 The pair attended the Commonwealth Games in Birmingham on Tuesday. But instead of arriving by car, Prince William flew himself and the young royal to the city by helicopter. The pair then watched the swimming heats with Kate, Duchess of Cambridge.

In the video, the young royal can be seen smiling and waving out the window.

Her mother, Kate, did not travel by helicopter with them.

Instead, she met them afterwards, choosing to travel by car.

After they landed, the royals were escorted to the games venue by West Midlands Police.

Prince William learned his skills as a helicopter pilot during his time in the RAF.

He also learned to fly fixed-wing aircraft at the same time.

The Duke of Cambridge then went on to train as a search and rescue pilot in 2009.

The pair issued a message of support for the Lionesses ahead of the UEFA Women’s EURO England 2022 final, which took place on Sunday night.

In the adorable video, Prince William said: “We both want to wish the Lionesses the best of luck for tonight.

“You’ve done amazingly well in the competition and we’re rooting for you all the way.”

Princess Charlotte then chimed in: “Good luck, I hope you win. Bye!”

England’s Lionesses then went on to defeat their opponents, Germany, 2-1 in the historic final.

It is the country’s first major football trophy since the men’s side won the World Cup in 1966.