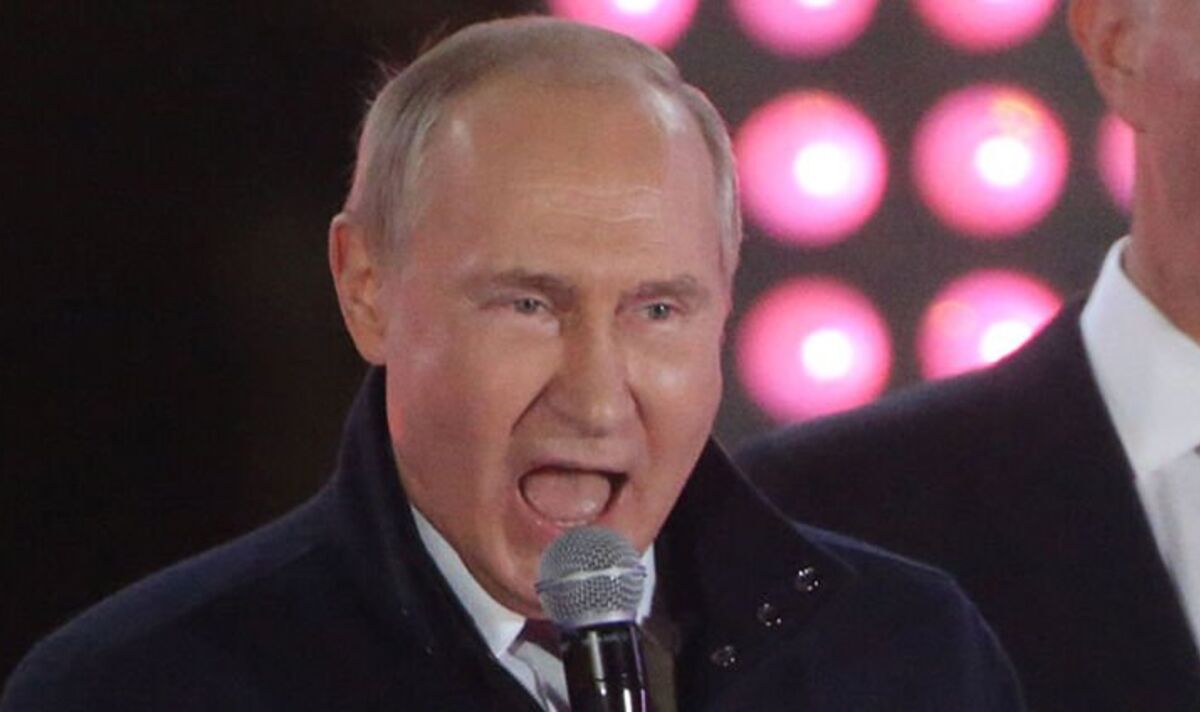 Permitting Ukraine to join NATO will “guarantee” World War 3, a senior Russian official has said in a dire warning to the West. Meanwhile, a senior NATO official has said any use of nuclear weapons by Russia within Ukraine would almost certainly trigger a “physical response” from Kyiv’s allies – including members of the alliance.

However, speaking to state news agency TASS, Alexander Venediktov, the deputy secretary of the Security Council of the Russian Federation, said such a move was fraught with risk.

He explained: “Kyiv is well aware that such a step would mean a guaranteed escalation to a World War 3.

“Apparently, that’s what they are counting on – to create informational noise and draw attention to themselves once again.”

Speaking to Express.co.uk last week, Nikolay Petrov, a research fellow at the Chatham House think tank in London, said:  “I think that the situation is dangerous because Putin is not the person who can accept his failure.

“So he will keep making efforts until the very end, and secondly, the Russian so-called elite or political class, is atomised, it is not capable to oppose Putin.

“So they are threatened, they are not connected to each other, meaning that they do not applaud what’s going on, but they cannot make any serious move against what is going on.”

He added: “So in my view, Putin will try next to put a lot of pressure on to Ukraine, bombing civilian infrastructure and energy infrastructure on the eve of the winter, and he will use this leverage against Ukraine and against the West.

“And the last option is to use tactical nuclear weapons which is not a very rational move by any standards, but we are not seeing rational moves coming from Putin for a while.”

US National Security Adviser Jake Sullivan said last month the United States has made clear to Moscow the “catastrophic consequences” it would face if it used a nuclear weapon in Ukraine – although he also said Ukrainian efforts to join NATO should be taken up “at a different time”, indicating President Joe Biden’s wariness of the potentially explosive situation.

Sullivan did not publicly describe the nature of the planned US response, but US Defense Secretary Lloyd Austin, speaking to reporters at NATO headquarters on Wednesday, said the United States was monitoring any indications of a worrying change in Russia’s nuclear posture that would suggest Putin might move ahead with a nuclear strike.

He said: “We’ve not seen any indicators at this point that would lead us to believe that.”

Diplomats say Moscow is trying to scare the West into reducing its support for Kyiv by hinting at the use of a tactical nuclear weapon to defend the annexed territories of Ukraine.

Meanwhile, NATO said it would go ahead with its annual nuclear preparedness exercise dubbed “Steadfast Noon” next week, in which NATO air forces practise the use of US nuclear bombs based in Europe with training flights, without live weapons.

NATO chief Jens Stoltenberg said on Tuesday that cancelling the drills because of the war in Ukraine would send a “very wrong signal”.

He added: “It’s an exercise to ensure that our nuclear deterrent remains safe, secure and effective.”