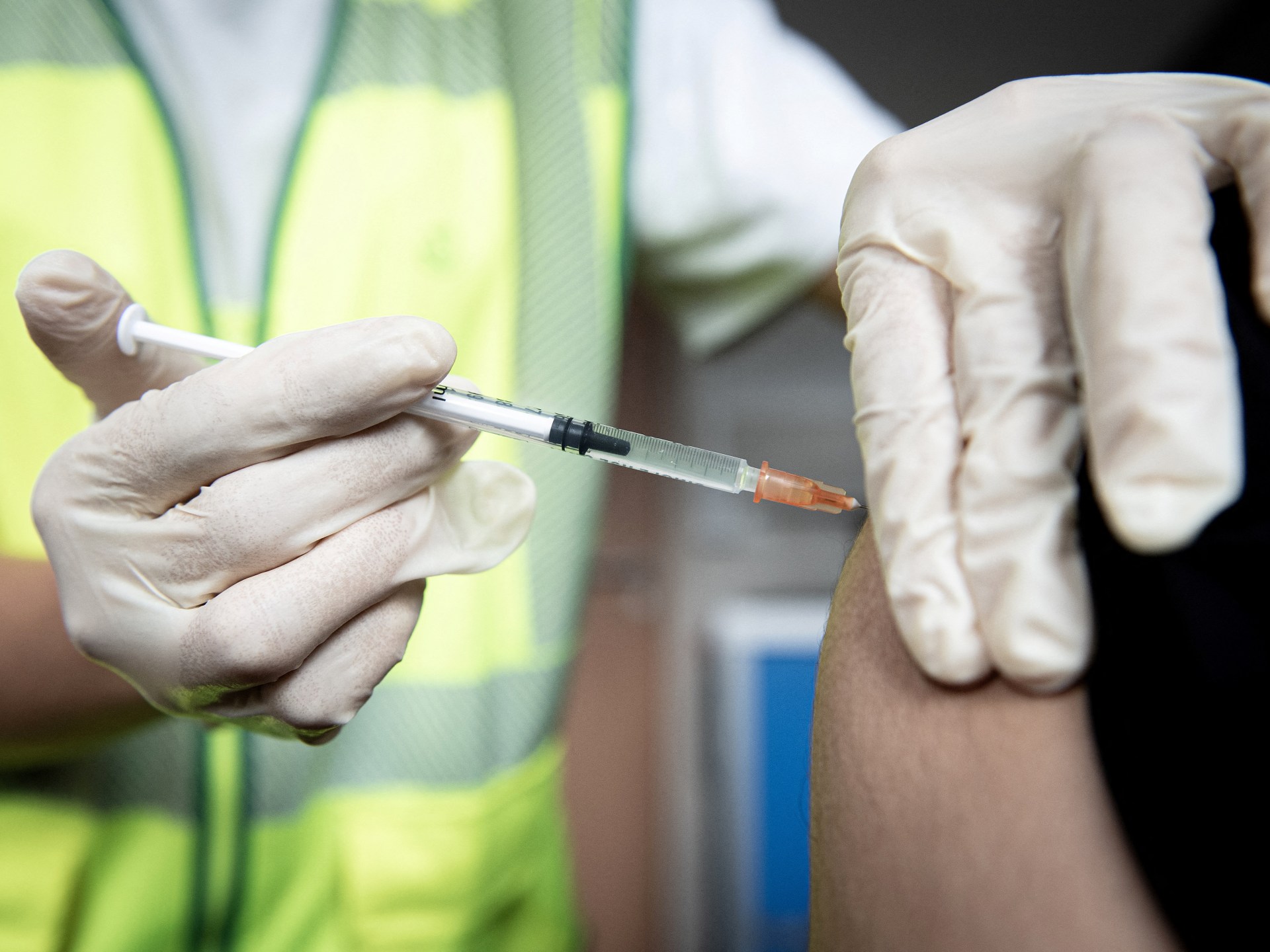 The FDA has issued emergency authorisation for a dosage technique that would allow more shots of vaccine per vial.

The United States Food and Drug Administration (FDA), a federal health agency, has announced emergency use authorisation (EUA) for a monkeypox vaccination method that could expand the availability of doses.

Under the order, health care providers can use a dosing technique that allows them to extract more doses of the JYNNEOS vaccine per vial. The FDA released a statement on Tuesday that said the change could increase vaccine availability “by up to five-fold”.

“In recent weeks the monkeypox virus has continued to spread at a rate that has made it clear our current vaccine supply will not meet the current demand,” said FDA Commissioner Robert Califf in a statement. “The FDA quickly explored other scientifically appropriate options to facilitate access to the vaccine for all impacted individuals.”

The authorisation was described as a “game changer” by Robert Fenton, who is overseeing the White House’s monkeypox response, in a press conference on Tuesday, and could mark a new stage of the government’s efforts against the disease. The EUA also allows high-risk individuals younger than 18 to obtain the vaccine.

The dosage method involves administering the vaccine “intradermally”, or between layers of skin, as opposed to “subcutaneously”, or below the skin. Administering the vaccine intradermally will allow medical workers to obtain five doses per vial of the JYNNEOS vaccine, which was approved for monkeypox prevention in 2019. Califf called the practice “safe and effective”.

The FDA said that a 2015 study showed that “intradermal administration produced a similar immune response to subcutaneous administration”. While the intradermal method produced some side effects such as “redness, firmness, itchiness and swelling”, the FDA described those effects as “manageable”.

More than 9,400 cases of monkeypox have been reported in the US, more than any country in the world, and in cities such as San Francisco and New York demand for vaccines has outstripped supply.

Public health officials offered reassurances to members of the press that the decision was the result of a sound and robust scientific process, not political expediency.

The spread of monkeypox was declared a public health emergency last week, freeing up additional government resources to help contain the spread of the virus, which the Biden administration has called a top priority.

Monkeypox is transmitted through “close, personal, often skin-to-skin contact”, according to the CDC. Men who have sex with men have been disproportionately affected by the virus, but health officials have stressed that anybody can be affected.

In late July, the World Health Organization (WHO) urged men who have sex with men to reduce their number of sexual partners as a means of mitigating their risk of exposure. Rochelle Walensky, director of the Centers for Disease Control and Prevention (CDC), stressed that such protective steps are still an important aspect of mitigating the risk of infection.

The United Nations has said that journalists and public health officials must take care to ensure that communication about the disease does not “reinforce homophobic and racist stereotypes”.

Men who have sex with men “have demonstrated significant confidence in vaccines,” said Dr Demetre Daskalakis, White House National Monkeypox Response deputy coordinator, responding to questions about possible scepticism towards the newly-approved dosage method. “I think we’re going to see that we will likely still run out of vaccines before we run out of arms.”