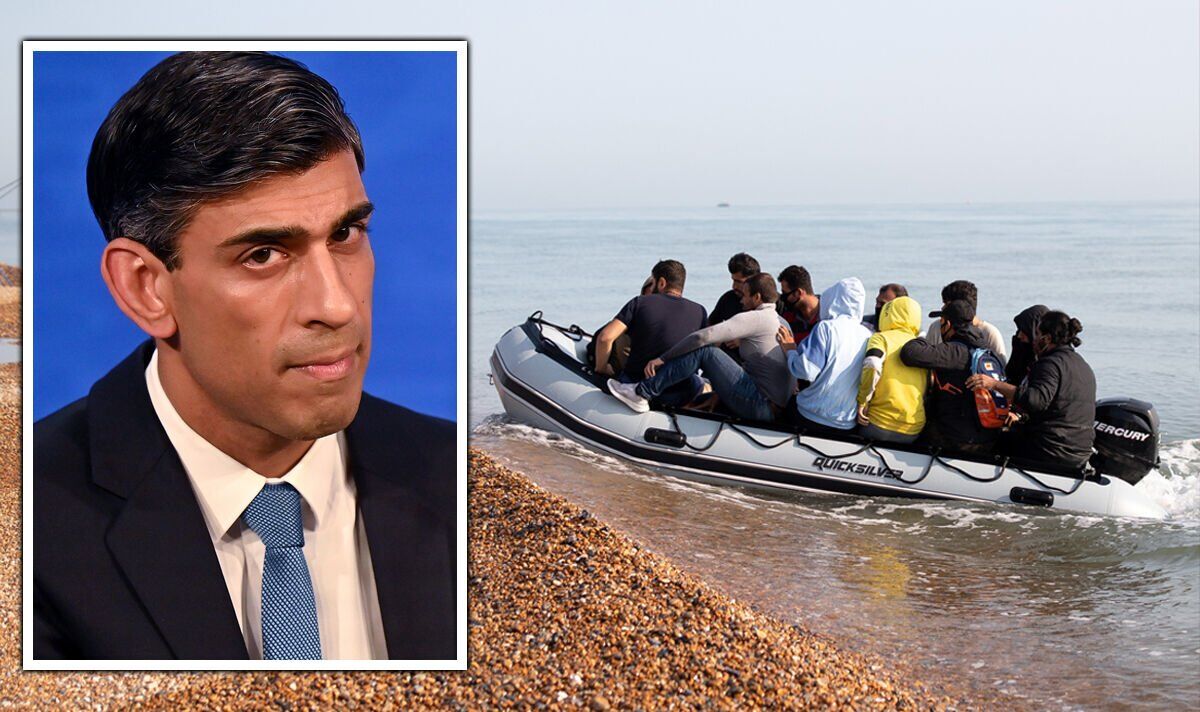 In an exclusive interview on GB News being aired today, the former Chancellor has gone head-on with some of his more right-wing critics in the Conservative Party who believe he is too soft on Brexit issues, despite backing Leave in 2016. The interview with fellow Tory MPs Esther McVey and Philip Davies tackled a wide range of issues, including controversies over Mr Sunak’s family’s wealth.

The former Chancellor also used the interview to open up about the difficulty in resigning from Boris Johnson’s government as he admitted it had put him behind in the race against Liz Truss.

He made it clear that while not ruling out another lockdown, he would set the bar much higher than happened during the Covid crisis.

On his plans to tackle illegal immigration he insisted that the failure to put a stop to the hundreds of people crossing the channel in small boats had frustrated him hugely and he wanted to complete the plans of deportations to Rwanda.

He said: “It vexes me and was part of the reason I supported Brexit, even though I was told that it would be potentially damaging for my career.

“But I believed in it and one of the reasons was clearly making sure that we had proper control of our borders. We’ve got to change the definition of asylum.

“At the moment we use the ECHR, the European definition, and that is very broad. It’s become broader.”

He added: “Over time, it’s exploited by lefty lawyers for lots of spurious reasons to keep people here. So, I think we should move to a different definition, another international standard that the Australians and others use, which is much tighter and narrower, so that will help.

“Another idea is actually we need to be tougher with our Foreign policy because at the moment we’ll talk to a country about a trade deal that we’re happy to give them. Indeed, we’ll talk to them about some aid that we might be sending them, but at the same time we’re not saying hang on, you also need to agree to take back all your failed asylum seekers.

“So we’ve got to be a bit more joined up on that and a bit tougher about this. But look, I want everyone watching to be in absolutely no doubt I will grip this situation.

“The plan I’ve set out is radical. I will do whatever it takes  including any legal changes to make the Rwanda policy work, because we must have control over our borders.”

When asked if that meant he would leave the ECHR he said: “Yes, no option should be off the table.”

On whether leaving Mr Johnson’s Government had damaged his chances, Mr Sunak admitted: “Yes, I completely understand that. It was a really difficult decision for me to make and  – you know – Boris is the guy who gave me the job that I loved doing. I’m very grateful to him and always will be.

“It was a real privilege and a pleasure to work very closely alongside him for two-and-a-bit years. And I’m proud of all the things that we achieved together and as I’ve said, I think he’s one of the most remarkable people that I’ve ever met.

“But look it got to a point where for me it was just too difficult to carry on. Ultimately that’s why I made the very personal decision to leave.”

But he angrily denied claims he plotted against his former boss, Mr Sunak insisted: “No, I can categorically tell you and everyone watching this was an entirely personal decision. I didn’t talk to other ministers or MP’s about it.

“It was an entirely personal decision for me. It was a very sad decision and there was no coordination.”

On his views about another lockdown, he said: “I think it would be wrong for anyone to sit here and say that they can rule it out in all circumstances. But I think people have seen my record over the last couple of years and what I did in December with Omicron.

“You know, for me, the bar is very high because I think there’s lots of things that you need to take into account in those decisions. I think a blanket lockdown and the way we did it before was far too blunt an instrument as we discovered, and we learned as we went along that there wasn’t the need for that.”

On claims his wealth and background means he is unsuitable to be Prime Minister, Mr Sunak suggested: “I’ve been out and about across the country right over the last week or two talking to members of the public.

“I’ve had so many people come and talk to me about furlough and they’ve come and talked to me about what it did, what it meant to them, how it’s saved their job or helped their family, how their business was supported, and they wouldn’t be here if it wasn’t for the things I did and they were grateful for that.

“And they all remember that first press conference I did as Chancellor, where I kind of arrived and people didn’t quite know who I was. And then I did these things that really helped them at a time when they were really worried.”