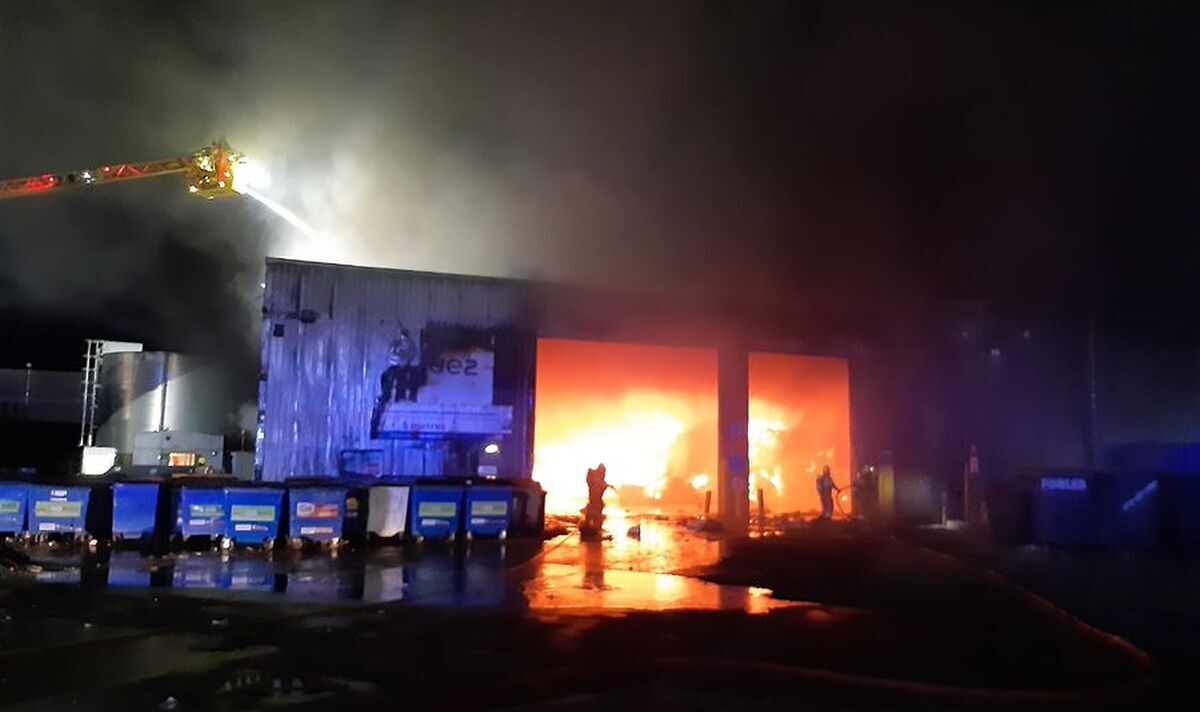 Crew members from the capital’s fire service are tackling a fire at a factory where 400 tonnes of waste recycling is said to have caught alight.

Firefighters were called about the blaze at 11.41pm yesterday and crews from Hillingdon, Heathrow, Feltham, Hayes, Heston and surrounding fire stations are at the scene.

Around 10 gas cylinders have been removed as a precaution.

London Fire Brigade has warned some cylinders can explode when exposed to heat.

However, the cause of the fire is not yet known.

Station Commander Dean Wilkinson, who is fighting the fire at the scene, said there were no reports of injuries but as some gas cylinders had been removed as a “precaution”.

He said: “Firefighters are working swiftly to bring the fire under control. There are currently no reports of any injuries.

“Two of the Brigade’s 32-metre turntable ladders are being used at the scene as water towers, to get water on to the building externally.

“Around 10 gas cylinders have been removed as a precaution as some cylinders can explode when exposed to heat.”