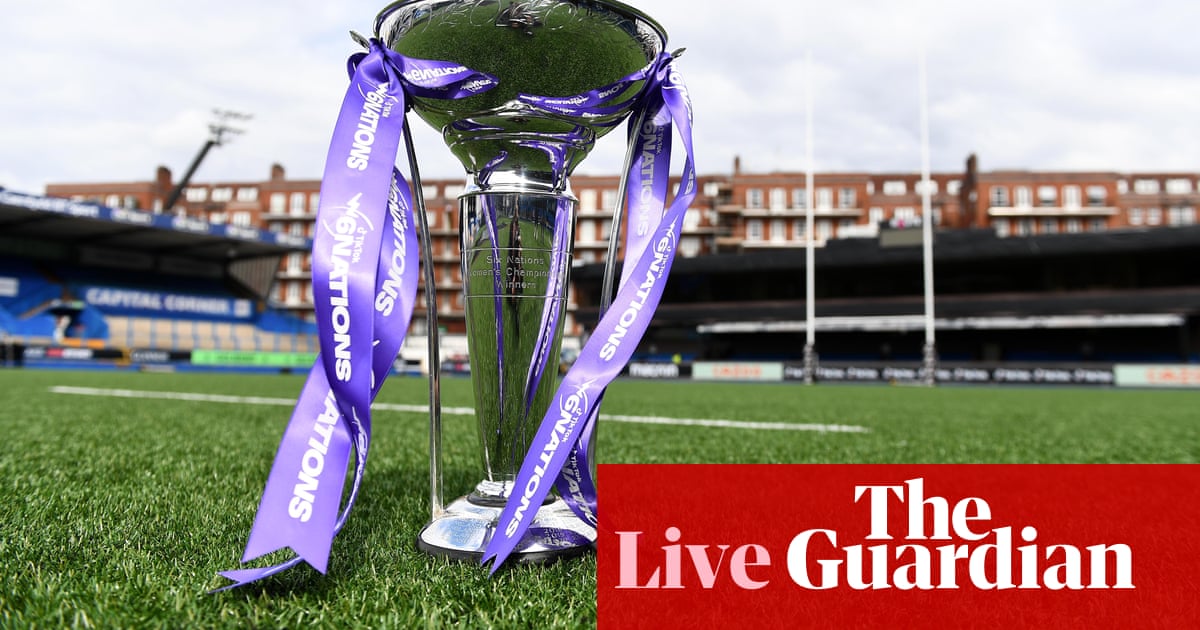 The teams are on the their way out.

Lana Skeldon is first out for Scotland, marking the occasion of her 50th cap, before Wales run through a pop of pyrotechnics and join their opponents.

Anthems next and then we’ll be off and running.

Thanks to Eleanor Stanley on Twitter for drawing my attention to some last minute swaps on the Scotland bench. Details here.

“The Women’s Six Nations finally has a permanent window in the calendar, and with it comes a chance to forge its own identity”

It feels like a moment in Women’s Rugby, read more from Ali Donnelly here:

Tell me everything, either on the email or by tweeting @bloodandmud with any thoughts, reflections or streams of consciousness.

Unsurprisingly, Wales coach Ioan Cunningham has made zero changes from his victorious team of last week, resisting any urge to promote two-try Dublin star Donna Rose from the bench.

Scotland coach Bryan Easson has rewarded Shona Campbell with a start after a very lively sub appearance vs England, while Emma Orr makes her international debut in the centre. In the pack, Sarah Bonar starts at lock and Evie Gallagher comes in at openside

With France cruising to a comfortable win against Ireland and England due to dish out a hiding to Italy tomorrow, this match looms out of the weekend’s fixture as the pick of the games.

Wales return home after a stunning and stirring victory in Dublin looking to develop the improvement that their new professional status indicated vs Ireland. A second win of the Championship here, against a Scotland team that were better than the points spread versus the Red Roses suggested, would cement both form and confidence in Wales camp.

Scotland lost last week, but given the current England squad is the best sports team in the world there’s little to be inferred from the scoreline itself. Criticism for a loss against the this Red Roses squad is a bit like admonishing your ribcage for not holding it’s shape while being rolled over by a traction engine. There was much to recommend the Scots from their performance, particularly with the ball in hand late in the first half and their tenacity both sides of the ball in the second. They will bring that here, knowing a victory could be theirs.

A record crowd is in to see this and they should be in for a treat.