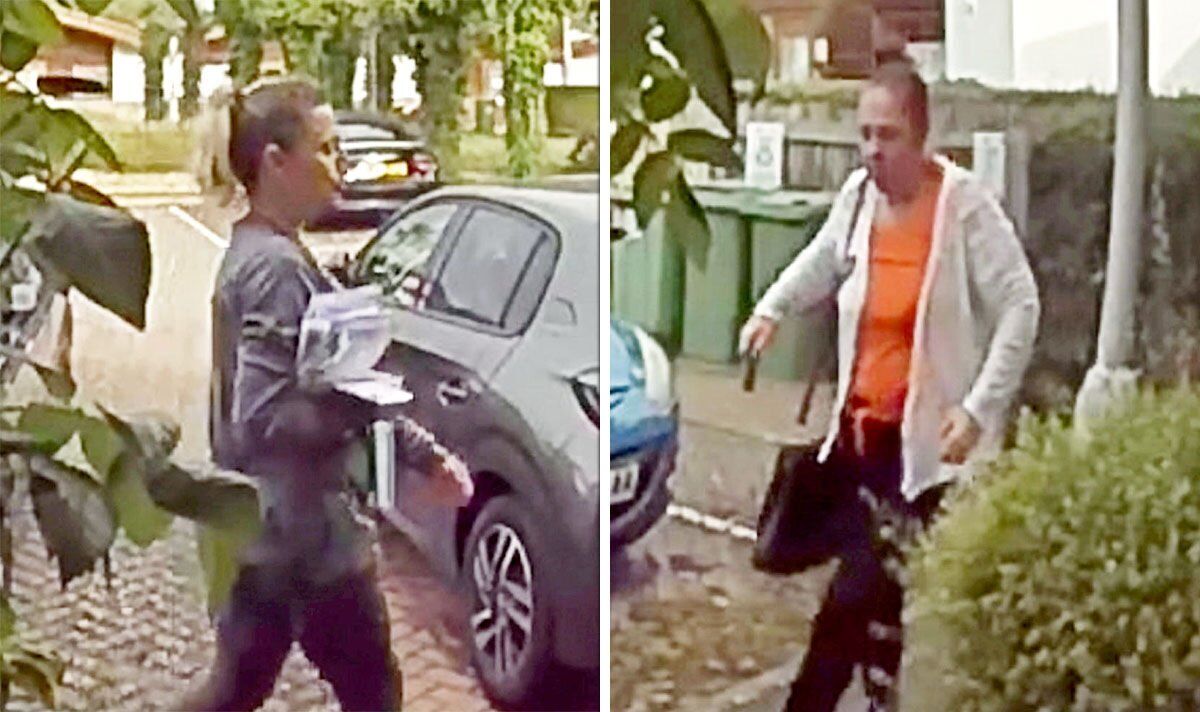 A conwoman pretended to be a police officer to threaten a pensioner with arrest for child molestation in order to force him into handing over his bank card and PIN number. After tricking the man, Kathleen Perry, 57, drove off with her associate, Emma Fuggle, to a nearby cash machine, where they took out two lots of £250. Perry then gave the card back to the elderly man, and told him she would return the next day.

While he quickly realised what had happened and called his family to tell them, Perry had already made off with the cash. The incident came after an earlier scheme by the conwoman in which she targeted a vulnerable 69-year-old woman who lived alone in Maidstone, Kent.

For this scam, Perry and Fuggle pretended to be from social services. She told the woman that her neighbour, who had recently died, had ordered some bedding which needed paying for, and asked for her card and PIN number.

Perry told the woman that the neighbour’s family would reimburse her after she had paid.

The pair then headed to a nearby Sainsbury’s to withdraw one lot of £120, and another of £100. Following reports of the fraud, officers caught the fraudster on CCTV as she withdrew the cash.

They were later able to find the same clothes she had been wearing in her home to corroborate this evidence. Kathleen was arrested, and charged with theft and fraud.

She has been remanded in custody since then. However, she refused to attend in person to her court hearing in Maidstone Crown Court, as she thought she was supposed to appear by video link.

But District Judge Stephen Leake went ahead with the trial in her absence. Both victims spoke at the trial on November 15.

The elderly man said: “I didn’t give permission to use the card. I thought she was taking it to her sergeant to check.”

The female victim said: “I gave her my PIN number. I thought she was from social services and I could trust her. A few minutes after she left I checked my online banking and then I cancelled the card.”

In footage from a Ring Doorbell, Perry was caught wearing an orange top and ivory jacket, walking through a residential area with Fuggle, who was wearing a grey sweatshirt and holding a stack of paper. In her interview with officers, Perry refused to comment on their questioning – but did name her partner in crime, Fuggle, as her associate.

She even blamed her for some of the offences. In a particularly crass move, Perry suggested that the elderly man had given her the cash in exchange for sexual favours.

She was found guilty on four counts of theft, and two counts of fraud by false representation. Judge Leake said he was certain that it was Perry who had been behind the frauds.

He added: “Ms Perry did this with the intent to obtain the bank cards. She has a very long record and I am sending the case to crown court for committal to sentence.”

Perry has at least 17 convictions for fraud by false representation, and was previously jailed for six years at Brighton Crown Court. At the age of 50, she was convicted for five counts of fraud and two of breaching anti-social behaviour orders, during which she preyed on elderly victims.

Fuggle has admitted to her role in the crime, and will be sentenced in Maidstone Crown Court on January 16. Perry’s sentencing date has yet to be confirmed.