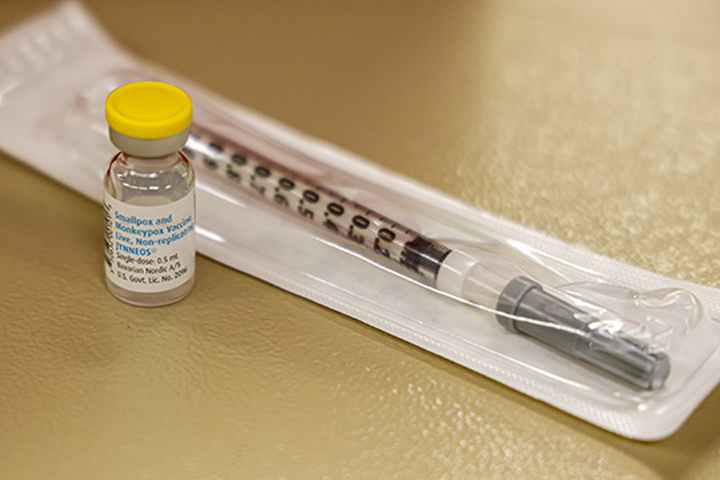 WASHINGTON—At-risk people who received a single dose of the monkeypox vaccine in US efforts against the virus appeared to be significantly less likely to get sick, public health officials announced Wednesday, even as they urged a second dose for full protection.

It was the first look public health officials have offered into how the Jynneos vaccine is affecting monkeypox, a virus that is primarily spread among men who have sex with infected men.

“These new data provide us with a level of cautious optimism that the vaccine is working as intended,” Rochelle Walensky, director of the Centers for Disease Control and Prevention, said Wednesday.

Roughly 800,000 first and second doses of the vaccine have been administered across the country to people who are considered high risk for becoming infected with the virus, White House National Monkeypox Response Coordinator Bob Fenton said.

There is no scientifically conclusive data available to prove effectiveness of the Jynneos vaccine against monkeypox.

But the CDC’s new real-world figures show that unvaccinated men, between the ages 18 and 49 who were considered eligible for the vaccine, were 14 times as likely to become infected with monkeypox as those who had one dose at least two weeks earlier. The data came from 32 states for cases from July 31 through September 3.

Still, Walensky said, lab studies show the highest level of immunity from the virus is reached after people get a second dose of the vaccine, calling it “really important.”

The US leads the world in monkeypox cases. So far more than 25,000 infections of the virus, which can cause rash, fever, body aches and chills, have been reported.

The country suffered from early problems in its response, with US officials struggling to distribute the vaccine after the first case was detected in May. As some cities and counties tried to stretch the limited supply this summer they stopped offering the recommended second dose of the shot.

Now, public health officials are trying to catch up, reminding people to get their second dose. About 150,000 second doses had been administered as of September 17, according to CDC.

“We’re really asking providers to do outreach to get people their second doses,” Walensky said.

Public health officials also announced changes Wednesday to who is eligible for the vaccine and how they can get it.

The new CDC guidance is intended to reach more people who might be at risk for monkeypox exposure. The guidance makes gay, bisexual men and transgender people who have had more than one sexual partner in the past six months eligible for the vaccine. It also allows the vaccine to be administered on the shoulder or upper back so marks from the shot can be covered with clothing.

The number of new monkeypox cases has declined in recent weeks, but there are signs of worsening racial disparities, with Black people making up roughly 47 percent of new cases reported the week of September 11.