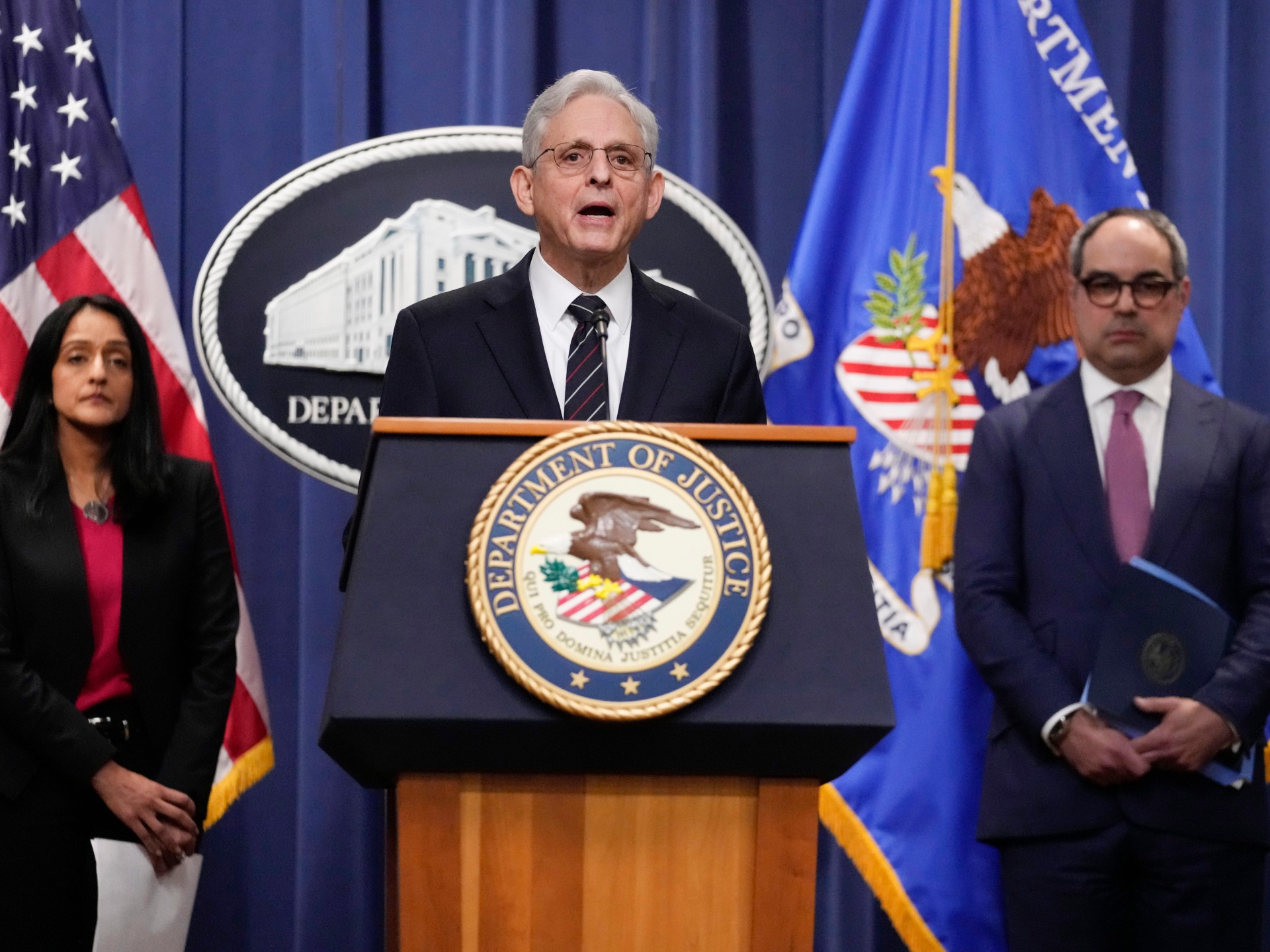 Justice Department lawyers filed the antitrust lawsuit in conjunction with eight states on Tuesday in a federal court in Alexandria, Virginia.

Central to the case is Google’s dominance of the ad tech business. Prosecutors said the company “now controls” the sector, forcing companies to use its technology for their online advertising needs.

“Google has thwarted meaningful competition and deterred innovation in the digital advertising industry,” the lawsuit alleged.

In a news conference announcing the lawsuit, US Attorney General Merrick Garland said that “for 15 years, Google has pursued a course of anticompetitive conduct” that has halted the rise of rival technologies and manipulated the mechanics of online advertisement auctions.

As a result of Google’s dominance, he said, “website creators earn less and advertisers pay more”.

Advertisers and website publishers have also complained that Google has not been transparent about where advertisement dollars go — specifically, how much goes to publishers and how much to Google.

For its part, Google has repeatedly denied it is a monopoly, saying that its rivals in the online ad market include Amazon, Microsoft and Meta, the social media giant that owns Facebook.

Alphabet Inc, Google’s parent company, said in a statement on Tuesday that the suit “doubles down on a flawed argument that would slow innovation, raise advertising fees, and make it harder for thousands of small businesses and publishers to grow”.

The case follows a separate state-led lawsuit filed in 2020, as well as another antitrust lawsuit brought against Google that same year by the Justice Department under the administration of former President Donald Trump. That lawsuit alleged violations of antitrust law in how the company acquires or maintains its dominance over online searches. The case is scheduled to go to trial in September.

Among the states to join the most recent lawsuit was Google’s home state of California.

The lawsuit laid out a number of alleged attempts Google made to dominate the advertising market, including by targeting “header bidding” — a technology that allowed companies to bypass Google in order to bid on advertisement space on websites.

One Google project identified in the lawsuit was dubbed “Project Poirot”, named after Agatha Christie’s master detective Hercule Poirot. The project sought to “identify and respond effectively to ad exchanges that had adopted header bidding technology”.

Google currently remains the leader in the advertisement revenue market by far. However, its share of US digital ad revenue has been gradually eroding, falling to 28.8 percent last year from 36.7 percent in 2016, according to Insider Intelligence.

Google shares were down 1.6 percent on Tuesday.