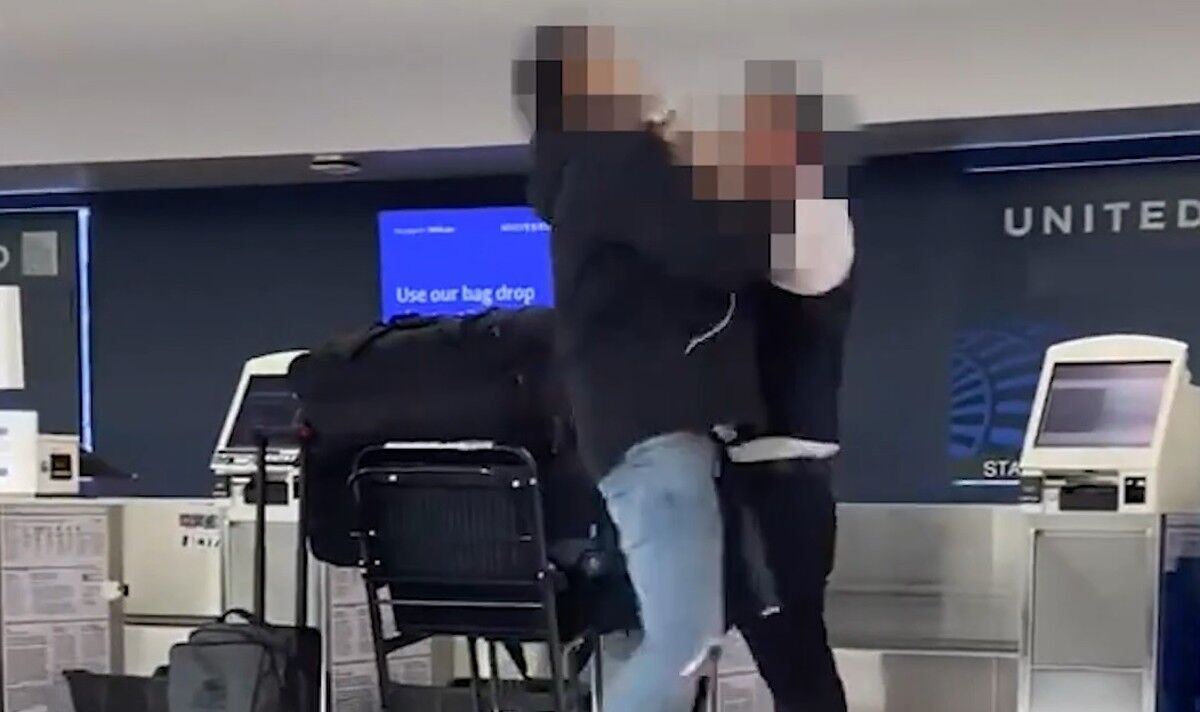 Video footage shows a man and a member of staff at the airline’s subsidiary United Ground Express squaring off at the check in desk at Newark Liberty International Airport in New Jersey. The worker appears to slap the passenger in the face before he lashes out in retaliation.

The passenger then appears to throw several punches, pushing the worker off balance before he falls backwards over the check in desk.

A woman can be heard in the background, crying out, “Stop, please stop”, as the tussle takes place.

The worker stumbles to his feet while the passenger walks off. The man can be heard saying: “You want some more? You want more?”

It is not known what caused the fight to erupt but details of the incident have been passed to law enforcement.

A United Airlines spokesperson said: “United Airlines does not tolerate violence of any kind at our airports or on board our planes and we are working with local authorities to further investigate this matter.”

Further footage shows the man throwing punches at the worker before he strikes back.

The videos emerged days after a Jet2 plane from Gran Canaria heading for Newcastle was diverted to Porto in Portugal because of a disruptive passenger.

Jet2 said at the time: “We can confirm that flight LS542 from Gran Canaria to Newcastle diverted to Porto this morning so that a disruptive passenger could be offloaded.

“As a family-friendly airline, we take a zero-tolerance approach to disruptive behaviour.

Disruptive passenger behaviour is one of the main reasons for aircraft diversions, according to the Civil Aviation Authority.

The punishment for disruption varies depending on the severity, but those who commit acts of drunkenness on an aircraft face a maximum fine of £5,000 and two years in prison.

For endangering aircraft safety the sentence is up to five years.

Disruptive passengers may also be asked to reimburse airlines with the cost of the diversion.