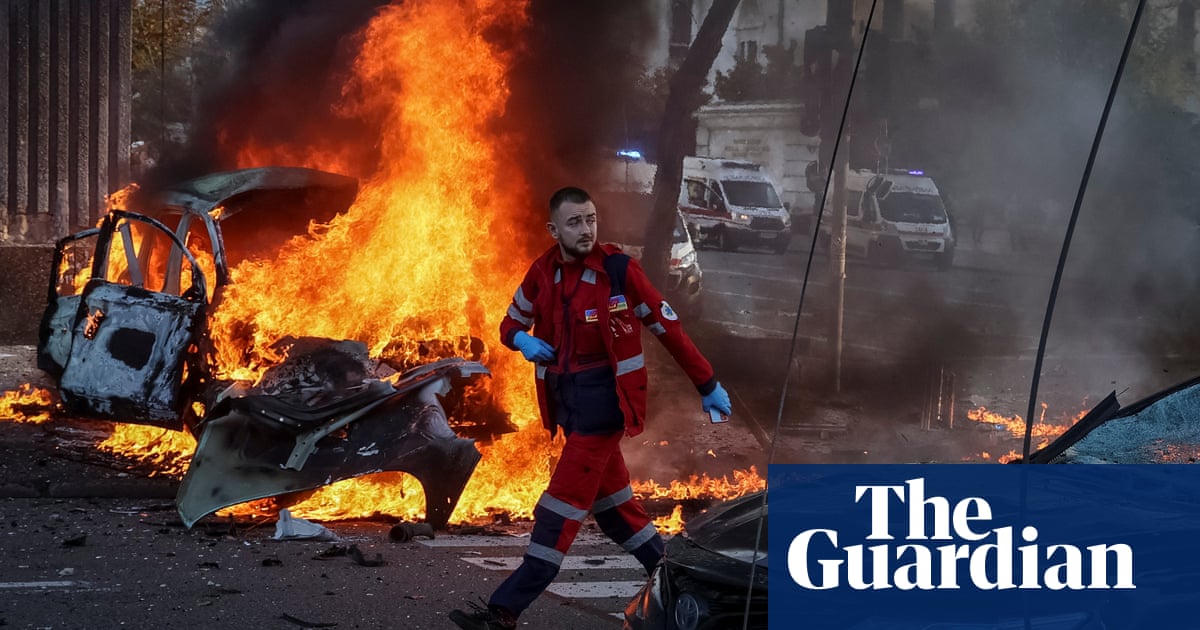 At least 11 people have died in a wave of Russian missile strikes across Ukraine, according to the authorities. Rockets struck in Kyiv during morning rush hour. Guardian correspondents in the capital heard at least nine missiles in flight and half a dozen loud detonations over the course of the following hours.

Explosions also rocked the cities of Lviv, Ternópil and Dnipro after Zaporizhzhia faced a third consecutive night of strikes. In televised remarks Vladimir Putin said Moscow had launched long-range missile attacks against Ukraine’s energy, military and communications infrastructure in retaliation for an attack on a strategically important bridge linking Crimea to Russia.