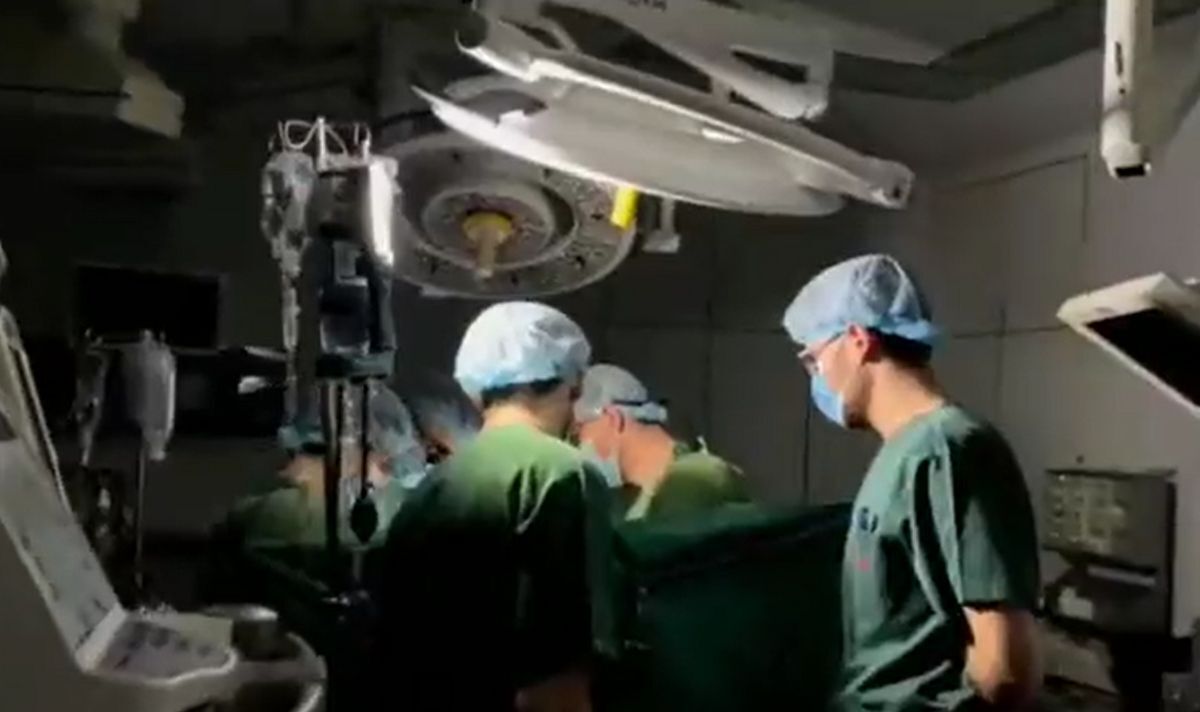 Doctors at the Heart Institute of Kyiv successfully completed an operation on a child’s heart despite the hospital experiencing a blackout, reports have revealed. While the power cut out in the middle of the procedure, the surgeons continued to work and the child survived.

Moscow has been accused of stepping up strikes on Ukraine as winter approaches and the temperatures in eastern Europe begin to plunge.

On Wednesday, at least six civilians were killed after a Russian bombardment led to more blackouts in both Ukraine and neighbouring Moldova, although that country was not directly hit.

Officials were also forced to close down three nuclear reactors because of the power outages.

The missile strikes have reportedly caused “colossal” damage, with over half of Ukraine’s power grid now in need of repair.

At a meeting of the UN Security Council in New York, President Zelensky said the latest strikes had forced “millions of people to stay without energy supplies, without heating, without water”.

He told delegates via video link that it was the “Russian formula of terror” as the harsh winter conditions start to set in.

Air-raid sirens sounded across the country as a number of explosions were heard in major cities, including Kyiv and Lviv.

READ MORE: NATO’s next challenge pinpointed as courtship of China on the horizon

Kyiv’s Mayor Vitali Klitschko said at least 80 percent of the city’s residents were still without power or water by nightfall.

The World Health Organisation has expressed concern about the quality of life for Ukrainians throughout the winter months, with millions under threat from freezing temperatures.