Skip to content
HomeNewsUK weather: Brits to bask in glorious sunshine over the weekend as mercury spikes to 25C 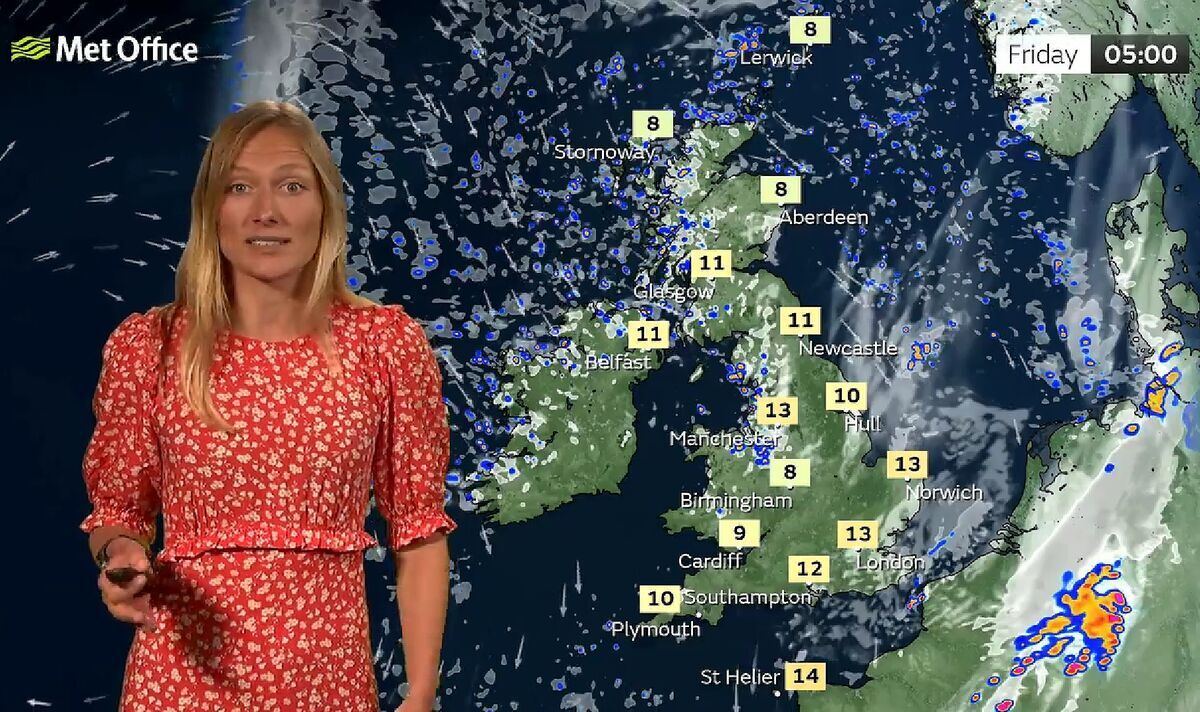 Met Office meteorologist Annie Shuttleworth said that there could be some showers early on Friday morning as much of the country faced a “fresh” start. However, the sunshine will soon appear in many areas, particularly the south which will be dry throughout the day.

Temperatures will reach a peak of 25C as showers fade away with more sunshine on Friday evening.

She said: “By Friday morning, north west England could see some showers too.

“That will mean a fresher but bright sunny start for much of England, Wales and eastern areas of Scotland too.

“Some of these could be heavy, but there’s likely to be some sunshine between the showers.

“In the south it will remain dry throughout the day.

“Temperatures climbing to the mid twenties cooler than they have been lately, but still feeling relatively warm in the sunshine.

“The sunshine will become more widespread on Friday evening as any cloud and showers tend to fade away, leaving many of us with a bright end to the working week.

“Elsewhere though, notice high pressure is building from the south and will become centred over the UK for the weekend.

“That means plenty of dry weather and some sunny weather too.”

In their five day weather forecast the Met Office said that there would be some “scattered showers” across northern and central regions on Friday.

However, Saturday, Sunday and Monday will be “dry and fine” with some “lengthy” sunny spells.

There will, however, be some rain in the north and northwest of Scotland.