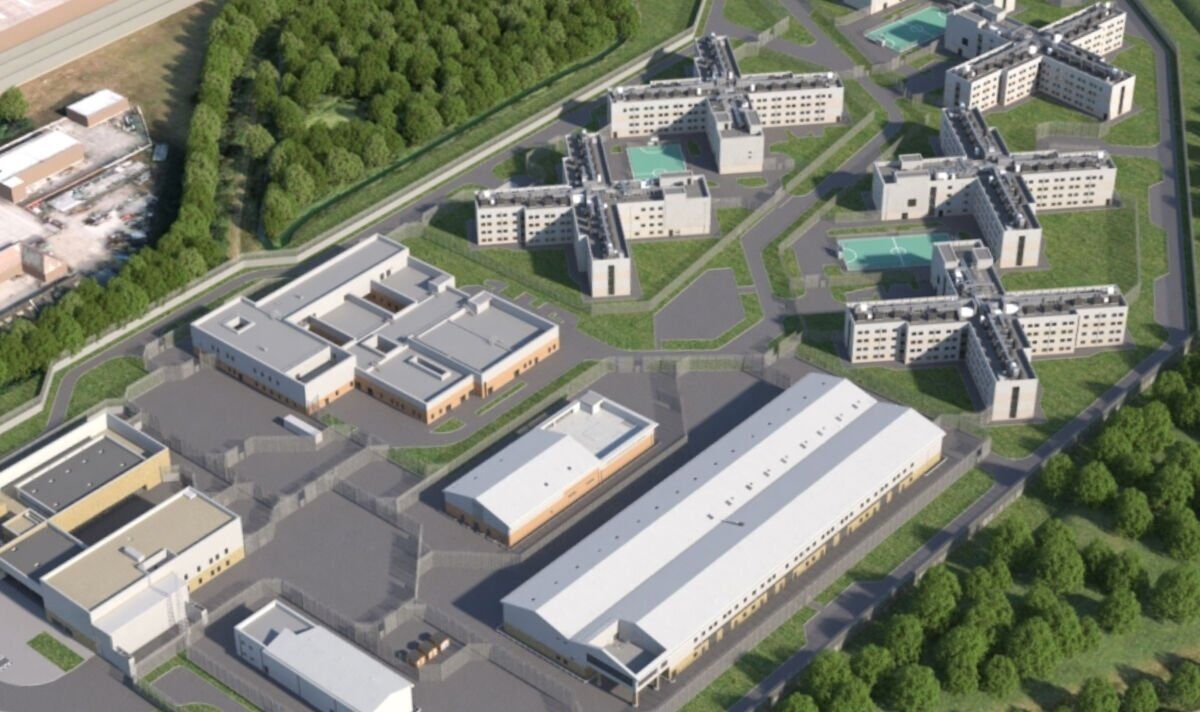 The £400million green prison will be built in Full Sutton of East Yorkshire by construction company Kier. The Category C facility should be ready by 2025 and is set to be the most expensive prison in the country to date. Category C prisoners are those who cannot be trusted in open conditions but are considered to be unlikely to make a determined escape attempt.

It will be completely carbon-free, with an all-electric design.

The Ministry of Justice said: “It will also be the first new prison to operate as zero-carbon in the future, with an all-electric design, solar panels, heat pumps and more efficient lighting systems to reduce energy demand significantly.

“In a boost for the local economy, the new prison will create hundreds of jobs in construction, and a further 600 once the establishment opens.

“And at least 50 construction roles will be earmarked for ex-offenders – giving them the opportunity to rebuild their lives, gain new skills and get back on the straight and narrow.

“The new jail is the latest major step in our commitment to building 20,000 new prison places and in turn protecting the public.”

The Government also says it will be designed “from top-to-bottom with the latest smart technology to cut crime and protect the public”.

It is expected to be modelled on two new “resettlement” prisons at Glen Parva, Leicestershire, and Five Wells, Northamptonshire.

This is where offenders are known as residents, cells are referred to as rooms and there are not even any bars on the windows.

In the Category C jail, prisoners will also reportedly be provided with laptops and tablets in a bid to help them search for jobs and education programmes so they can find work on their release.

A spokesperson for HM Prison Service said: “All in-cell technology is fitted out with tough security measures and cannot be used to browse the internet.

“This project will create hundreds of jobs as well as providing opportunities for prisoners on release, and we’re proud to give people the opportunity to work with us to deliver a best-in-class facility built on modern methods of construction and engineering excellence.”

This is also part of the Government’s commitment to create 20,000 modern, innovative prisons by the mid-2020s. It has been said that the cutting-edge technologies at the prisons can help to cut crime.

HMP Five Wells, which has already opened, also uses digital technology in a bid to reduce reoffending and rehabilitate offenders.

The Deputy Prime Minister, Lord Chancellor and Justice Secretary, Dominic Raab said: “HMP Five Wells is a flagship example of this Government’s plan to create secure and modern prisons that cut crime and protect the public.

“From drug-recovery centres that employ abstinence-based treatment to world-class prisoner training courses, this smart prison is designed to tackle the key obstacles to cutting reoffending and making our streets safer”.