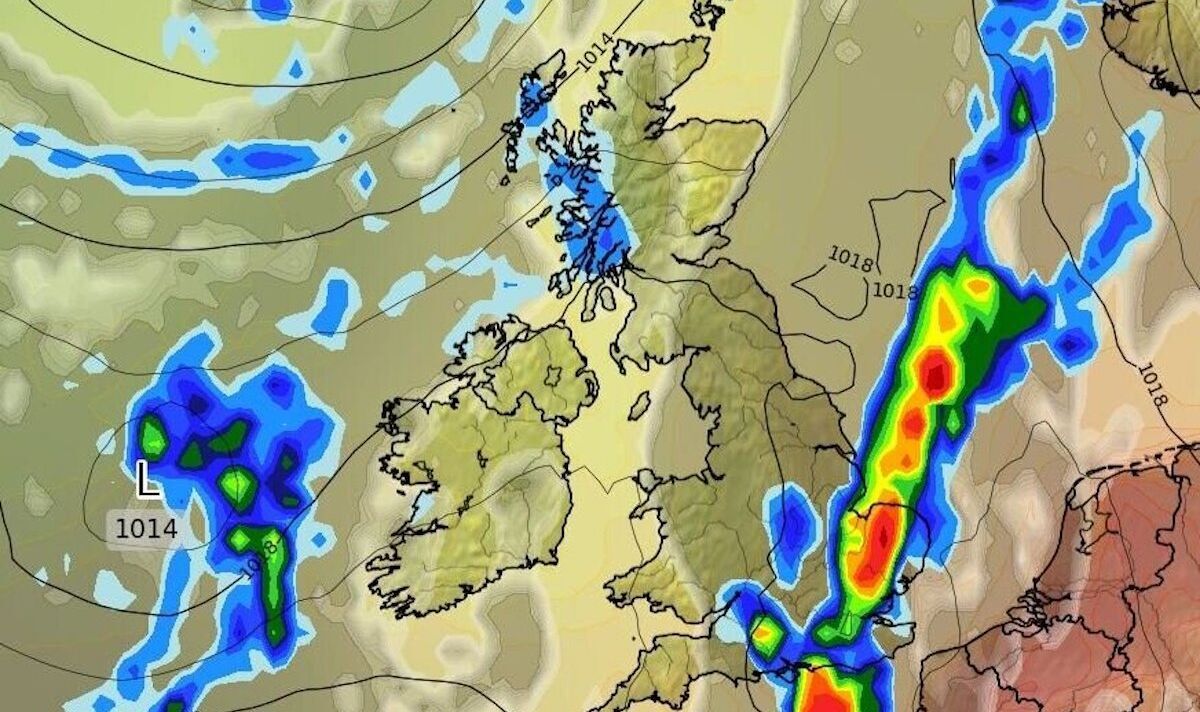 Weather maps from WXCharts show only one more band of rain this week, due briefly over seven areas.

From 3am on August 27, the rain will descend over London and the South East, covering the capital city before moving up to Birmingham.

The band of rain will shrink to cover just London and parts of Oxfordshire and Cambridge by 9am, before growing again at 12pm.