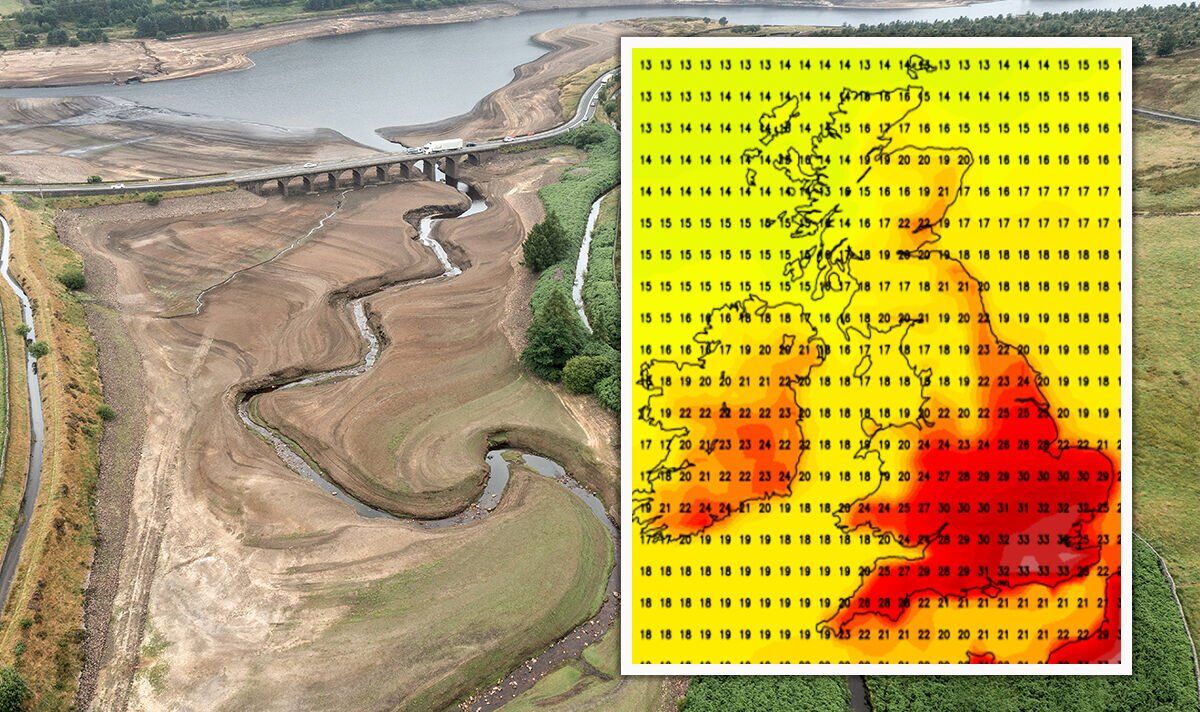 Netweather forecaster Nick Finnis predicted yet another heatwave to hit the UK next week. He warned that there is set to be “little or no rain” throughout the first half of August in the south. Mr Finnis said that this “will worsen the drought situation gripping many parts of the south and east of England.”

The south of England has experienced the driest July since records began in 1836.

Only 5.4mm of rain fell across the region last month.

As a result, Southern Water announced a hosepipe ban for Hampshire and the Isle of Wight, beginning at 5pm on Friday, August 5.

South East Water has announced a hosepipe and sprinkler ban for Kent and Sussex, beginning on August 12.

While other companies are yet to announce hosepipe bans, customers in the south of England and the Midlands have been encouraged to use less water.

Mr Finnis said: “With high pressure building in from the west through the weekend and lingering across the south next week, we will see temperatures on the rise again next week, likely reaching the high twenties across southern and eastern England, perhaps low thirties.

“So we could see heatwave conditions met, but not the extreme heat we saw on July 18 and 19.

“But of concern is that there is likely to be no measurable rain for large parts of England and Wales after today until at least late next week, with high pressure taking charge.

“It also looks to turn increasingly hot too through the week, with some models, such as the American GFS, indicating temperatures rising into the low to mid-30s Celsius in the far south.

“Though other models are quite a bit lower with temperatures, 30C maxes mid-week.

“Scotland and Northern Ireland are always prone to Atlantic systems throughout, so here will see unsettled and windy conditions at times, with spells of rain moving through, but also some drier interludes.”

Netweather’s maps have predicted temperatures of up to 33C in the south on Wednesday, August 10.

The North will be cooler, with temperatures ranging from 20C to 25C.

The South West will see highs of 27C.

There is very little rain on the forecast for next week.