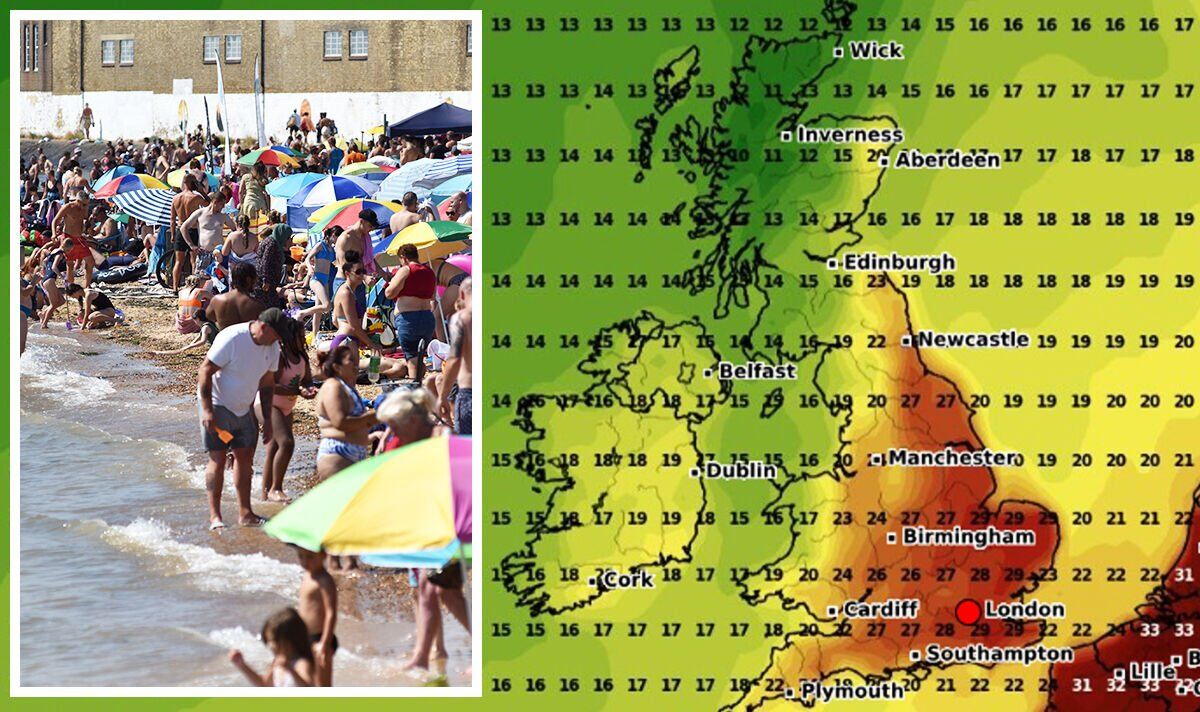 By mid next week, temperatures in southeast England will see temperatures just shy of the 30C mark once again. Across Kent, Greater London, and parts of Norfolk and Lincolnshire, temperatures are expected to hit 29C on Wednesday, before dipping back to low twenties in the south on Thursday.

Countries across the continent, and the UK, registered record-breaking temperatures last month as heatwaves battered residents.

UK records were smashed on July 19, when temperatures broke the 40C barrier for the first time.

A temperature of 40.3C was verified in Coningsby, England, which far exceeded the previous record of 38.7C.

This will fend off storms from much of mainland Europe, which will see drought conditions persist.

This may apply to southern parts of the UK as well as Spain, France and Italy.

Roys commented: “This could be the worst drought for southern England, France and Germany in decades.”

Once the persistent high-pressure system disintegrates across western and northern Europe, however, storms are likely to move in for the remainder of the autumn.

The forecaster said some parts of England, including London and Oxford, could stay “on the drier side”, with “more storminess is likely across the rest of the United Kingdom”.

These areas will be battered by heavier, more frequent rain and cooler temperatures.

Roys predicted: “Any cool shots during the second half of autumn will be more to the north, where storms will be more frequent late in the season.”

Part of the problem has been the increased marine temperatures in the Mediterranean Sea throughout the summer, the forecaster said.