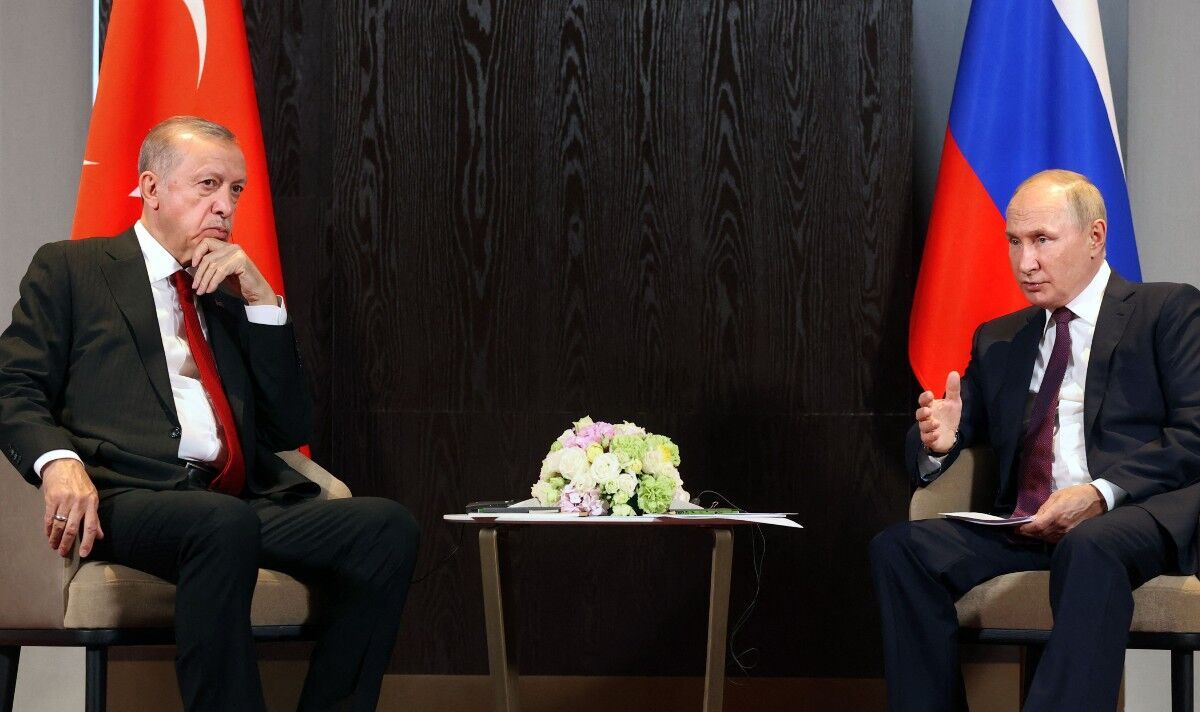 Mr Erdogan was also asked if Russia “should be allowed to keep Crimea”, to which he replied: “Since 2014, we have been talking to my dear friend Putin about this, and this is what we have requested from him.

“We asked him to return Crimea to its rightful owners. These are our descendants at the same time, the people who are living there.

“If you were to take this step forward, if you could leave us, you would also be relieving the Crimean Tatars and Ukraine as well. That’s what we have always been saying. But since then, unfortunately, no step has been taken forward.”