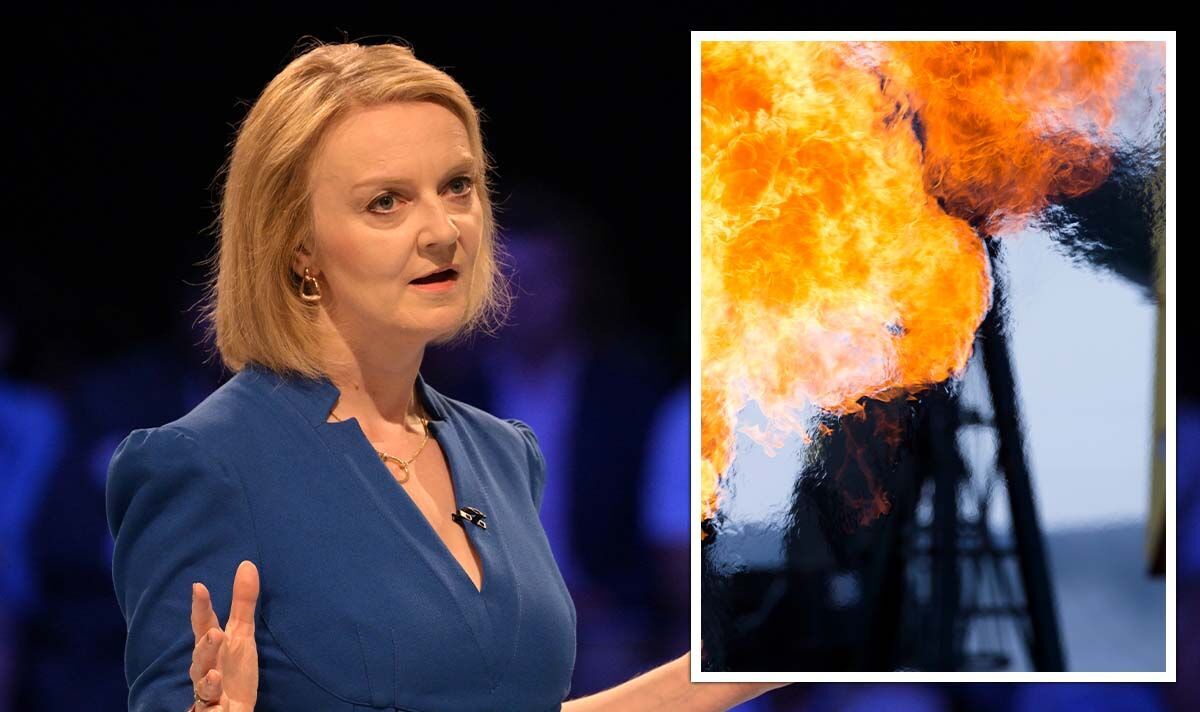 Millions of Britons right now face the threat of fuel poverty this winter as a result of the soaring wholesale gas bills, which have reached an all-time high since Vladmir Putin’s invasion of Ukraine. As a result, the crippling fossil fuel energy crisis will be one of the biggest issues that the UK’s next Prime Minister will face. Speaking to the TalkTV hustings in Exeter, Foreign Secretary Ms Truss revealed her plans to help Britons with soaring bills, as she plans to end the ban on fracking and immediately scrap green levies.

She said: “My response on energy, yes it is partly fracking and we should allow fracking where local communities support it.

“You say things will take a long time, but they will take less time under my government because I will pass primary legislation to get things done.

“I will also make sure we exploit all of the gas in the North Sea, and we make sure we use that to bolster our domestic energy supply.

“I’ll be moving forward faster with nuclear, including major stations, but also small modular reactors which are produced in Derby and offer a major opportunity for our country as well.”

Conservative backbencher Lord Peter Lilley previously told Express.co.uk that a return to fracking could be a major economic boost for red wall regions.

He noted that local communities would be especially willing to allow fracking near them if the companies offered them deals to provide cheap or free gas.

Ms Truss also stressed that she would immediately scrap green levies, which go towards developing renewable energy projects in the UK.

Experts have previously pointed out that the only way to truly exist the volatile gas market is to boost renewable energy generation.

However, Ms Truss said: “What I am immediately announcing is having a moratorium on the green energy levy, which will immediately save money on people’s bills as well as immediately reducing people’s taxes.

“Because I believe that it is completely wrong that as families are struggling at this time with fuel bills, we have put up taxes.”

The Foreign Secretary was also asked how her Government would tackle civil disobedience groups like Don’t Pay UK, as members of the group threaten to not pay their bills in protest.

Their website reads: “It’s simple: we are demanding a reduction of energy bills to an affordable level, our leverage is that we will gather a million people to pledge not to pay if the government goes ahead with another massive hike on October 1st.”

Ms Truss responded to the question by saying: “On the issue of civil disobedience more generally, I am concerned about militant trade unions.

“I will root out the trade union time wasting that is currently going on at Whitehall at the taxpayers’ expense.

“I will also legislate to make sure we protect essential services, including the essential use of our railways.”