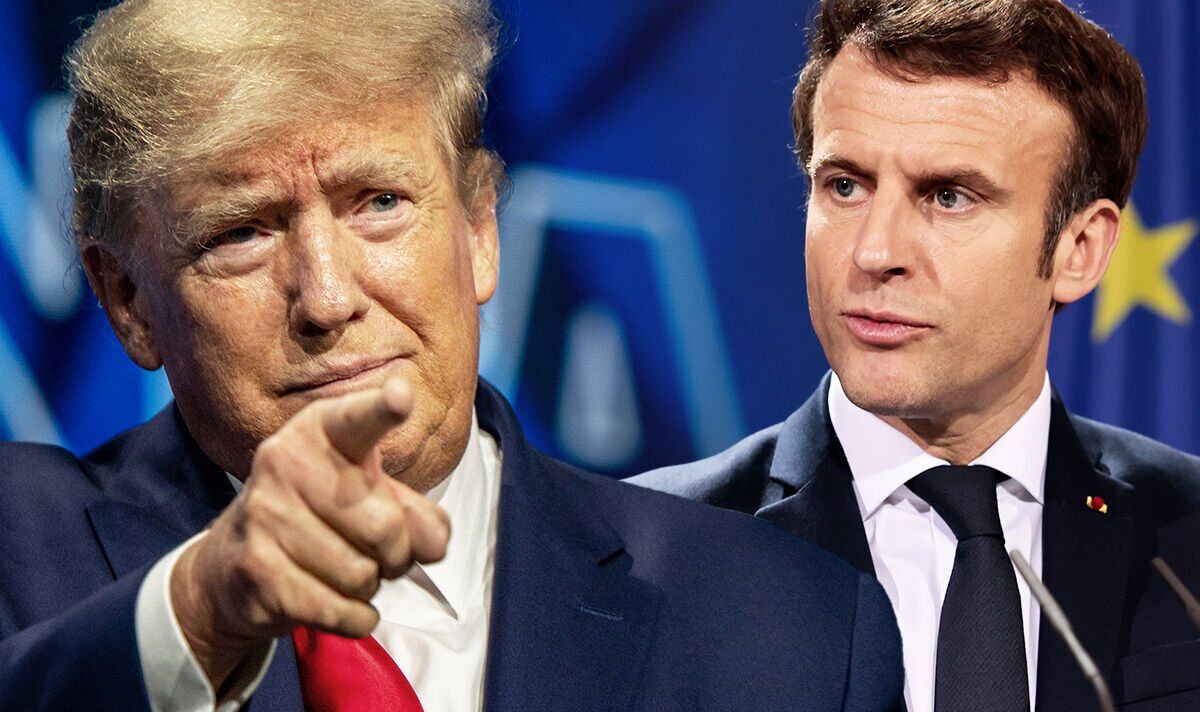 August 8 saw FBI agents search former US President Donald Trump’s Florida residence, the Mar-a-Lago estate, where 11 sets of classified documents were seized. The 45th President of the United States said the “raid” and “siege” of his home was representative of “dark times” for America and that it was “not necessary or appropriate”. The item named at 1a on said FBI list was “info re: President of France”. According to two sources who spoke to Rolling Stone, Mr Trump bragged before and after he was President about the information he knows about Mr Macron’s private life.

The sources told that Mr Trump would brag to his closest associates and that he learned of the details through “intelligence he had seen or been briefed on”.

Trump had previously alleged that Macron had “naughty” ways that “not very many people know”, the report stated.

However, one source told Rolling Stone: “It is often hard to tell if he’s bullsh***ing or not.”

During the raid earlier this month, the FBI found a total of 300 pieces of classified information, handwritten notes, and photo binders – as well as the “info re: President of France”.

A Kompromat is a damaging piece of information about a politician or public figure which may create negative publicity.

She also added: “Imagining the call some poor person in [the] Biden Administration is having to make to Macron right now. So….. “.

The investigation was then consequently instigated by the NARA referral.

The FBI’s justification for its raid on his home was released – however, a judge ordered it to be heavily redacted with large sections being blacked out.

The first page of the document says the search concerns “the improper removal and storage of classified information in unauthorized spaces as well as the unlawful concealment or removal of government records”.

The document – which refers to FPOTUS (meaning Former President of the United States) – reads: “The FBI’s investigation has established that documents bearing classification markings, which appear to contain Nationa Defense Information (NDI), were among the materials contained in the FIFTEEN BOXES and were stored at the PREMISES in an unauthorized location…

“Further there is probable cause to believe that additional documents that contain classified NDI or that are Presidential records subject to record retention requirements currently remain at the PREMISES.

“There is also probable cause to believe that evidence of obstruction will be found at the PREMISES.”