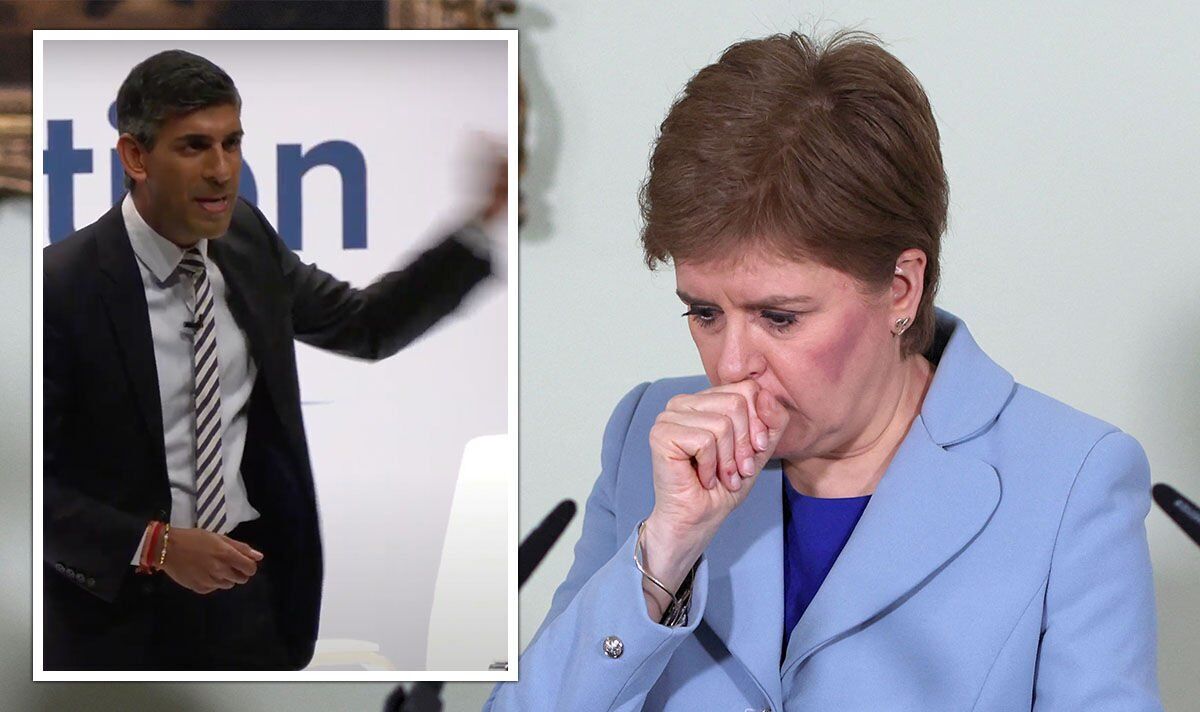 Tory leadership contender Rishi Sunak took a massive swipe at Scottish First Minister Nicola Sturgeon in the hustings, destroying all hopes of a second independence referendum in Scotland. Amid applause from Conservative members, he said: “I won’t just ignore Nicola Sturgeon. I want to take her on and beat her.”

The former Chancellor had already criticised the First Minister’s plan in a column for the Scottish Daily Mail, saying IndyRef2 is “the wrong priority at the worst possible moment.

“Working together and uniting is what made us such a formidable force on the world stage,” he wrote.

Nicola Sturgeon has thrown her weight behind a second independence referendum but has so far failed to find a legal avenue to hold one.