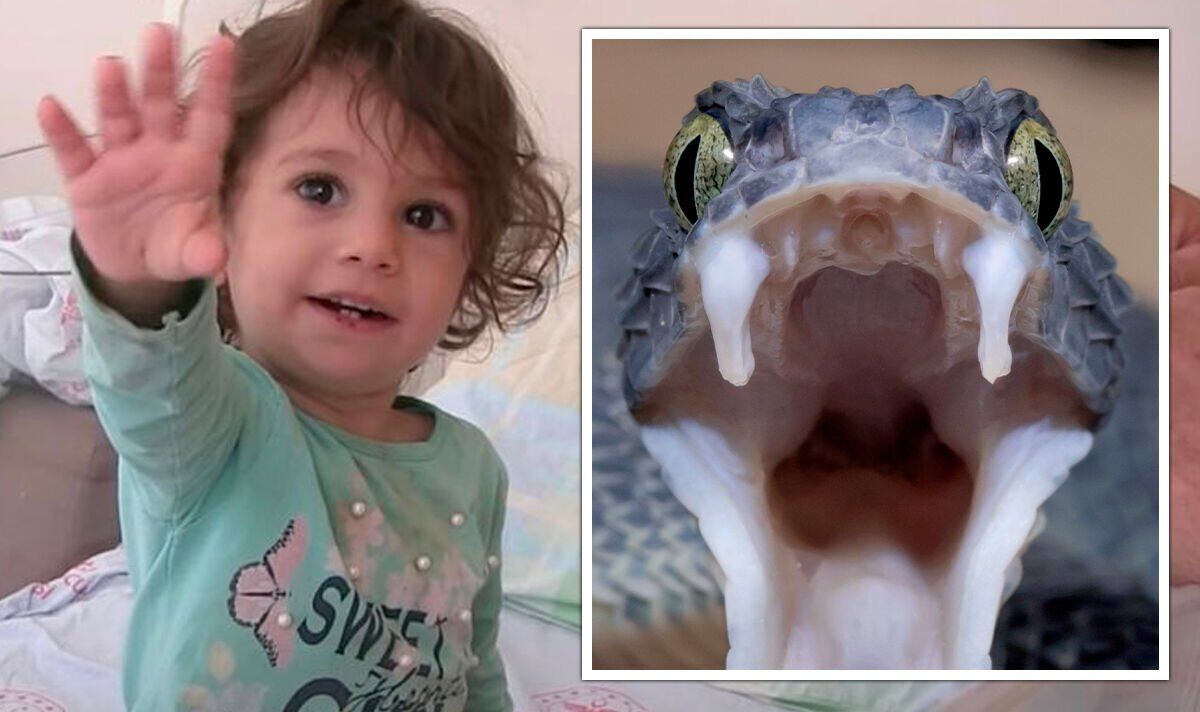 The girl, aged two, was bitten in her backyard with neighbours hearing her screams. When they found her, the tot had a bite mark on her lip and a 20-inch long snake between her teeth.

The snake reportedly died from the girl’s bite while the youngster was taken to a children’s hospital for treatment.

After 24 hours under the watchful eyes of medics, she was said to be recovering well.

Father, Mehmet Ercan, told local media: “Our neighbours have told me the snake was in the hand of my child, she was playing with it and then it bit her.

“Then she has bitten the snake back as a reaction.”

Most incidents happen in Africa, Asia and Latin America.

There was a total of 550 snake bite cases reported in Turkey between 1995 and 2004, according to the National Poison Information Centre.

Some 24.3 percent of those incidents were in June and mostly reported in the Marmara, Central Anatolia and Black Sea regions.

Children are prone to more severe effects and can experience the effects faster than adults because of their smaller body mass.

The WHO says most deaths and serious consequences of snake bites are preventable by making safe, effective antivenoms more widely available.

It said several manufacturers have stopped antivenom production due to low demand while the price of some products has increased dramatically in the last 20 years.

Inappropriate, untested and fake antivenom products have also undermined confidence in such treatment, according to the WHO.