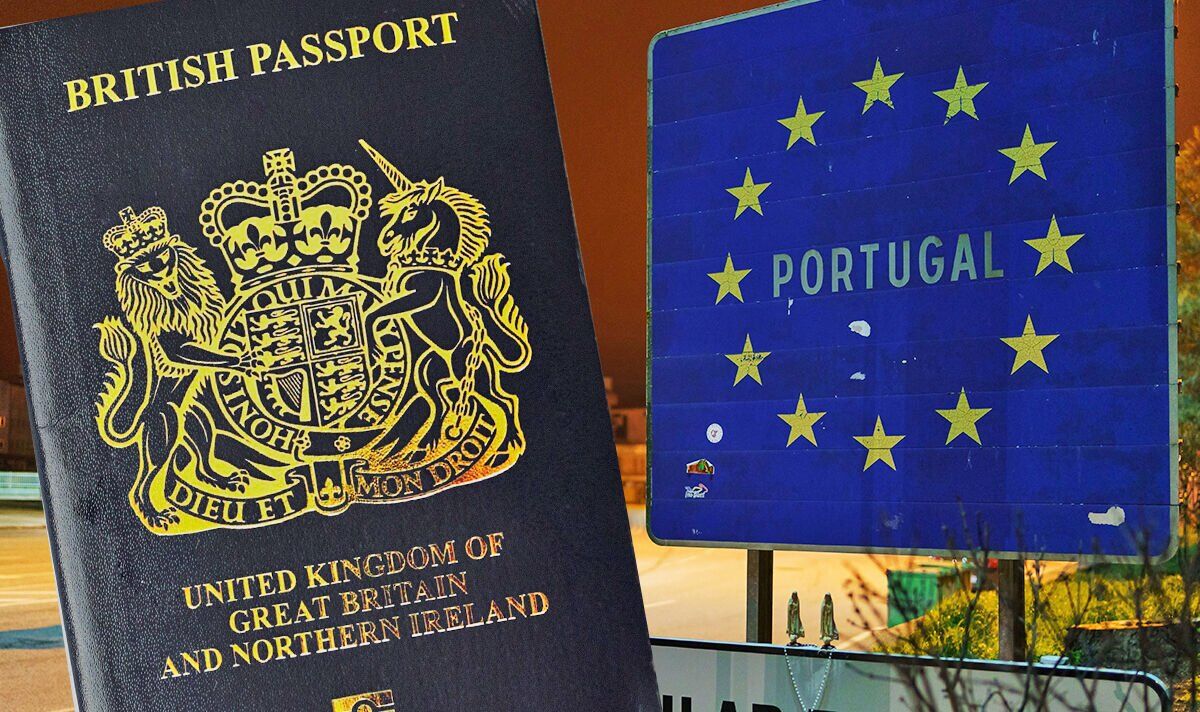 Representatives for British citizens in Portugal say that after the Brexit agreement came into force in January 2021, the Portuguese Border and Immigration Service (SEF) did not issue the correct WA biometric cards that UK nationals needed from that point onwards. Britons scrambling to get hold of this biometric card say they have only been issued with a QR code and a temporary document, which holds no weight as official documentation.

Tig James, who heads up the British in Portugal campaign group, said UK nationals who settled in the Iberian country are facing deportation or arrest when attempting to cross over other EU borders.

Other knock-on effects reported by affected Britons include hurdles in registering a child’s birth, being unable to gain or change employment, and being unable to access healthcare.

Mrs James, who heads up the British in Portugal campaign group, said the problems have worst affected those who could not obtain residency from immigration service during the pandemic, and arrived prior to the start of 2021, when the Brexit agreement came into effect.

She said: “The process needed for UK nationals to register for residency took months to be put in place and, prior to that, caused a great deal of difficulties specifically for those arriving just before the end of 2020 who were not allowed to obtain any residency documentation.

“The reasons for the three-year delay by the immigration department? Staff shortages, holiday periods, the pandemic, and now Ukrainian refugees.

“The dreadful consequences of not having a WA biometric card, the seriousness of which cannot be underestimated, has paralysed and damaged UK national’s lives emotionally, physically and financially.”

She claimed two people were arrested in Germany because of outdated residence information, with the Portuguese Border and Immigration Service having “refused to renew any residency documentation held by a UK national saying the QR code covers them”.

She continued: “No other EU country is in this situation and many border forces refuse to accept expired documents resulting in refusal of entry or detention.”

Brexit: Frustrated British CEO hits out at failure to find border fix [INSIGHT]
POLL: Have cycle lanes contributed to road safety? [VOTE]
Hosepipe ban map: Where will the next hosepipe ban be? [MAP]

Mrs James said she herself “cannot take the risk of being detained” after her own residency documents were not renewed by Portuguese authorities.

Another UK national, who requested anonymity, added that there were “thousands of British people” with partners and families who are “almost landlocked in Portugal because there is no way forward”.

A spokesperson for the SEF said the residency documents currently held by British nations are accepted.

The spokesperson said: “The document with the QR can be used whenever they travel, as proof of their residence in Portugal, guaranteeing also access to public health services and social security benefits.

“This document containing the QR code was disclosed in a timely way to the relevant European authorities, assuring the holders all the rights contained in the Withdrawal Agreement.”

A UK government spokesperson said in a statement: “We continue to urge the Portuguese government to complete the process of issuing biometric residency cards to UK nationals living legally in Portugal without further delay.

“Portugal must immediately and fully implement the withdrawal agreement commitments it signed up to in 2018 so UK nationals have the security they need.”