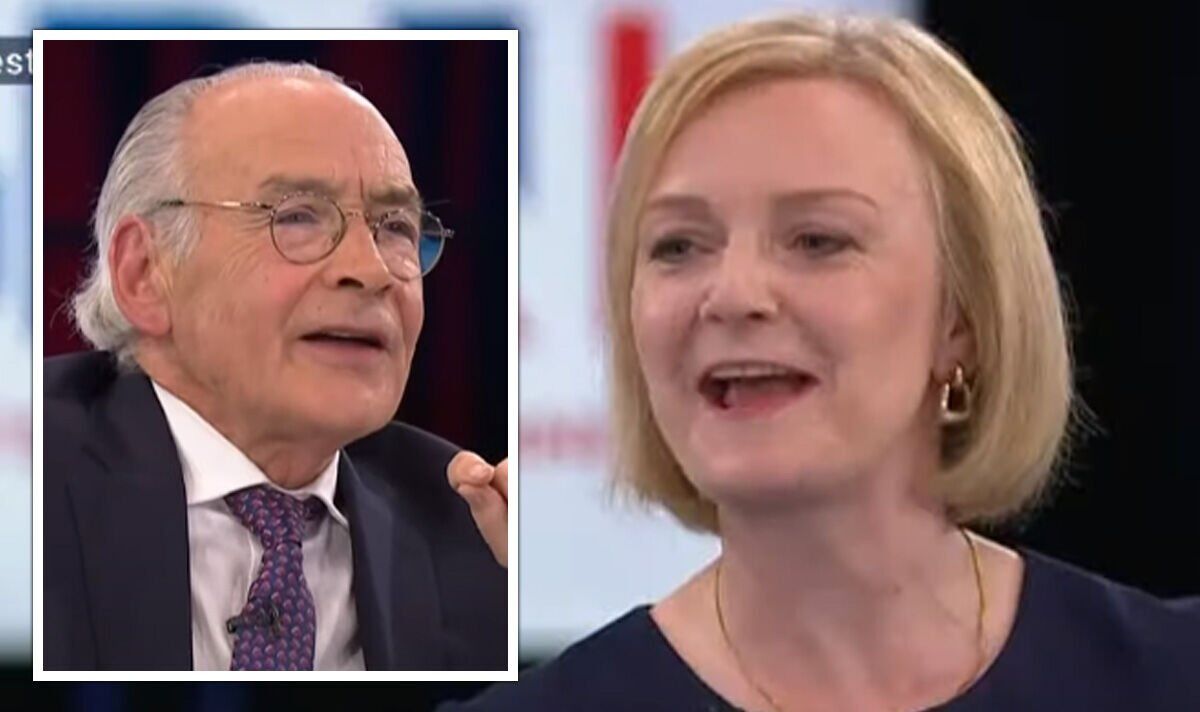 The Tory leadership hopeful mocked GB News presenter Alastair Stewart for questioning her on the wrong facts. Liz Truss was quick to correct him before pointing out GB News is “not the BBC”. Mr Stewart said: “A piece that you contributed to back in 2019, reform about budget considerations.”

The audience erupted in laughter at the gag when Mr Stewart said the gag was not “rehearsed”.

Meanwhile, Rishi Sunak’s campaign has hit out at frontrunner Liz Truss after she declined to attend a hustings organised by the National Farmers’ Union.

Farmers expect Ms Truss to take part in a hustings with the NFU in September, after she was initially accused of snubbing the organisation by deciding not to attend the event on Friday.

Her rival for the Tory leadership Mr Sunak did attend the event in Warwickshire, where he promised to lead the “most pro-farming and pro-countryside government this country has seen in decades”.

In a statement to the PA news agency, Ms Batters said on Thursday: “We have written and had responses from both candidates asking them to outline their plans for British food and farming, which we have published online.

“In addition, we have offered both candidates the opportunity to speak to farmers at a hustings event of their choice about their plans and currently Rishi Sunak has agreed to take part. This offer remains open to Liz Truss and we are in contact with her team.”

On Friday, an NFU spokesperson said Ms Truss will now attend a hustings with the farming body on September 1. If it goes ahead, it will be one of the final husting events of the leadership campaign.

The Truss campaign for a response.