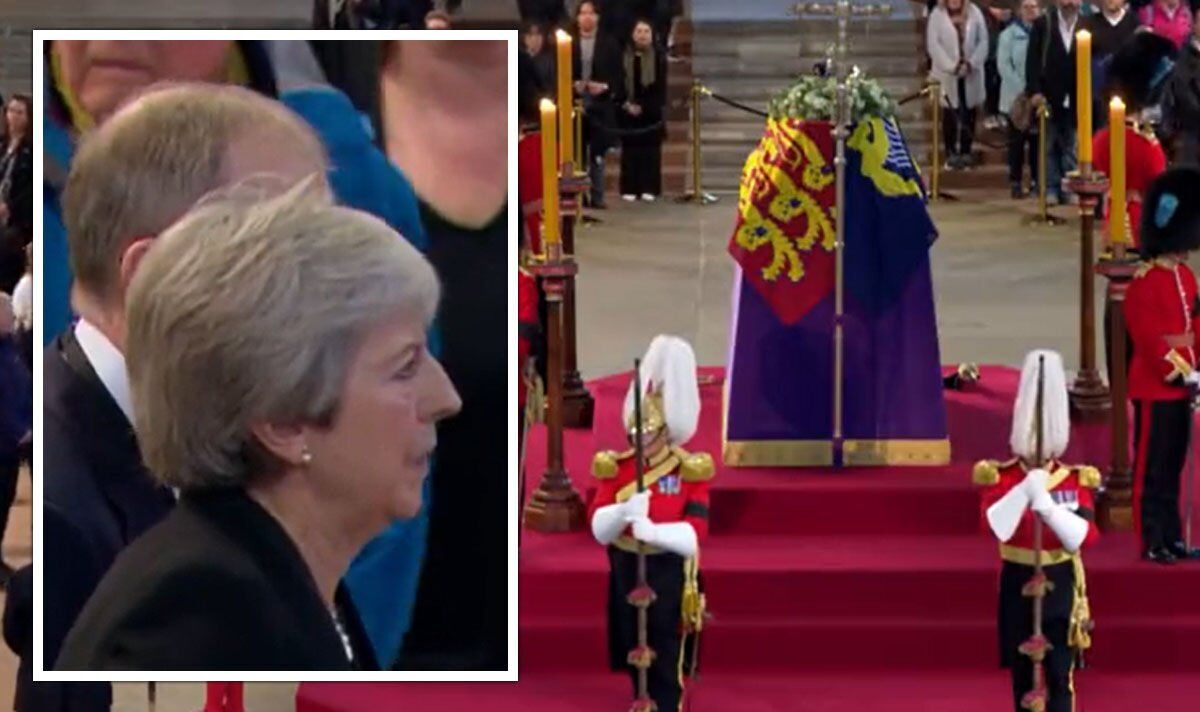 Theresa May is one of many MPs who are allowed to jump the queues to view the coffin. While hundreds of thousands of Brits are expected to queue for up to 30 hours, MPs and peers are allowed to walk in and have four extra passes to help friends and family avoid the wait. One Tory peer told The Times: “There is so much anger. It just shows the worst side of this place and is completely unfair and unjustified.”

Brits have erupted at the special treatment given to MPs.

Julie Newman, 56, told MailOnline: “It is an abuse of privilege. I don’t mind queuing, because everybody queues. But there is no excuse for queue-jumping, it’s not fair.”

While Dexter Bowls, 20, said: “For something like this, it is not fair. They’re not going to work at this time.”

Meanwhile police officers who will be aiding the biggest security operation for the state funeral on September 19 have not been granted special passes.

A police source last night told the Daily Mail: “It’s disappointing but not surprising that MPs are able to jump the queue while the thousands of police officers working 12-hour days with cancelled holidays won’t get any opportunities to say goodbye.”

Many have queued overnight for the chance to file past the monarch’s coffin after it was handed to the care of the nation on Wednesday afternoon.

By 8am on Thursday, the queue was around 2.6 miles long and stretched to Borough Market.

The coffin, which sits on a catafalque and is draped with a Royal Standard, continues to be guarded at all hours by units from the Sovereign’s Bodyguard, the Household Division or Yeoman Warders of the Tower of London.

Some bowed, some curtsied and some simply took a moment to look at the extraordinary scene.

Former prime minister Theresa May and her husband Philip were among those paying their respects to the Queen at Westminster Hall.

Metropolitan Police officers, volunteers and stewards are managing the queue, with people waiting in line given a coloured and numbered wristband.

On Wednesday afternoon, the King led the royal family in a public display of homage by walking behind the Queen’s coffin during a procession from Buckingham Palace to Westminster Hall for the lying in state.