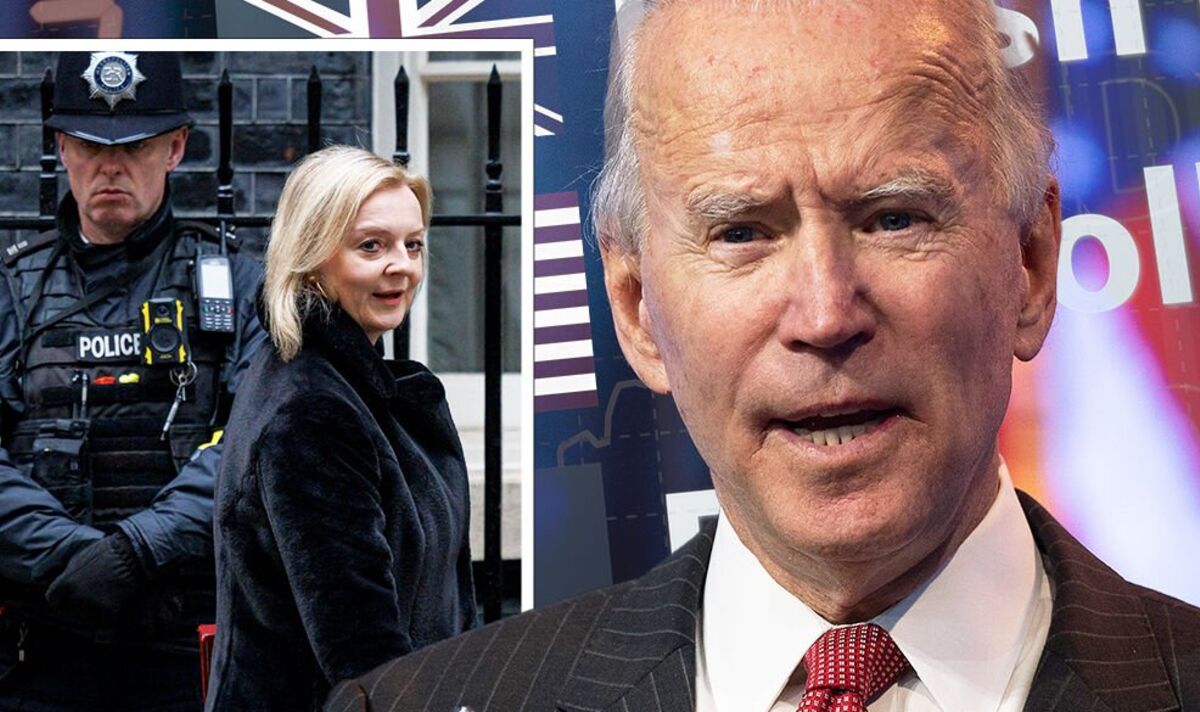 Joe Biden’s administration has hit out at Liz Truss’ economic policy as the Prime Minister’s government grapples with a fall in the value of the pound and a collapse in support for the Tories following last week’s mini budget. The criticism came at a talk for the Hamilton Project by US Commerce Secretary Gina Raimondo amid growing reports in Washington DC of increasingly tense relations between the White House and Downing Street.

But at the same time he slashed taxes by £105 billion in the next three years, including taking the basic rate to 19p, its lowest rate in modern history, scrapping the top 45p rate, reforming stamp duty and cancelling planned hikes in corporation tax and stamp duty.

Commentators in the US have noted that the path chosen by Liz Truss is in direct conflict with the one chosen by President Biden.

And today, as polls show a collapse in support for the Tories, Ms Raimondo criticised the British government’s approach.

She said: “The policy of cutting taxes and simultaneously increasing spending isn’t one that is going to fight inflation in the short term, or put you in good stead for long term economic growth.

“So it is a cautionary tale. The markets have plummeted, the pound has plummeted.

“It’s early going for that new strategy but it’s not the one we are pursuing.”

She added: “I think the one thing we are seeing is that it is a brand new government.

“It was an unanticipated significant move so it’s hard to say how much the market is saying we are opposed to that growth or that we want predictability, we want responsible government, we want stability and we want inflation.

“The other thing is that investors want to see world leaders take inflation very seriously.”

READ MORE: Liz Truss warned her biggest mistake was to drop US trade

He said: “When it comes to the United States, what we have sought to do is to increase the resilience on the part of our partners and allies around the world. That includes in the UK, that includes our allies in the EU and elsewhere.

“We, of course, are acting in concert, and in some cases in coordination with allies and partners, in terms of tapping into strategic petroleum reserves in terms of moving supplies of liquid natural gas (LNG) where it’s needed most. And then, of course, executing and devising policies that will help lessen dependence over time on Russian energy but also on fossil fuels more broadly, as we transition to renewables.”

Senior Republicans in Washington have this week expressed concerns to Express.co.uk about the “hostility” of the Biden administration to the UK.

One said: “Most Americans know that Britain is number one, our top ally. We are all too aware that the [Biden administration] doesn’t.”

One diplomatic source suggested to Express.co.uk that Ms Truss’ big problem is that she is an “unknown quantity” to Americans and needs to win over allies.

The source said: “She is a totally an unknown quantity. Nobody has a clue about her.”