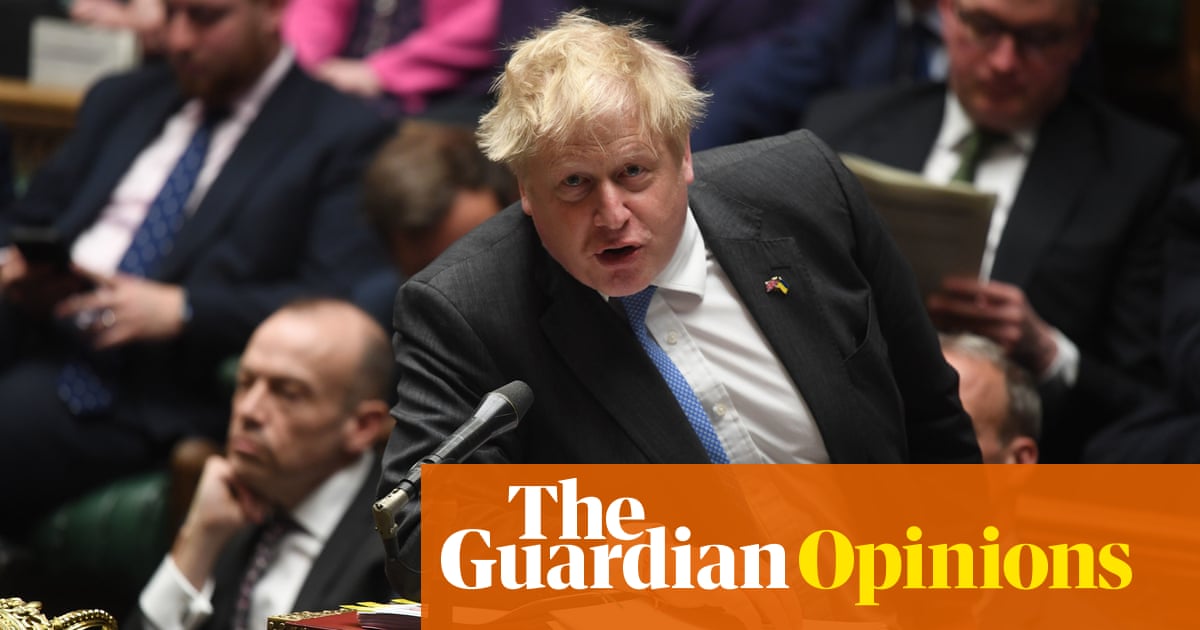 At lunchtime on Thursday parliament was prorogued – legally for once – before the state opening and Queen’s speech on 10 May. So ended one of the lowest, most dishonest and most discreditable parliamentary sessions of modern times. It was a session marked by the first conviction for a criminal offence by a sitting prime minister, by the revelation that the chancellor of the exchequer’s wife used non-dom tax status, and by the unravelling of the Conservative party’s ethical sense as ministers attempted to save an MP’s skin after he had been found guilty of lobbying. It was also marked by the sentencing of a Labour MP to a suspended 10-week prison sentence for harassment and the conviction of a Tory MP for molestation.

The session has culminated in an extraordinary week of scurrilous scandals that seem all too representative of the disreputable and amoral culture exposed by the allegations of recent days. It was revealed this week that 56 MPs – allegedly including government and shadow ministers – have been referred to the Commons authorities over issues of sexual harassment and other misconduct. On the very morning of prorogation, a Tory MP was issued with a criminal charge of failing to stop after an accident, and a former Labour minister was suspended for bullying. If ever the country was well rid of a parliamentary session then it was surely this one.

Grimly, this was also a session in which parliament continued to pass authoritarian and reactionary laws up until the last minute. This week, several major bills which had been barely scrutinised in detail in the Commons and had been subjected to multiple improvements by the House of Lords were finally scrabbled into law as the upper house bowed the knee. These include the elections bill, which introduces ID checks on voters and gives the government more authority to control the previously independent Electoral Commission, a move described this week by a former lord chief justice as repugnant; then there were the police, crime, sentencing and courts bill, an authoritarian attempt to impose needless extra conditions on rights of assembly and protest, and the judicial review and courts bill, designed to curb scrutiny of the lawfulness of government actions. With some irony, this passed into law just as the high court ruled that the government’s Covid-era care home discharge policy, in which more than 12,500 people died, had been unlawful.

The waves of slapdash and overmighty new laws passed in this session and hurriedly completed this week did not end there. They also include the health and care bill, where a few Conservative MPs rebelled to the end, but unavailingly, to try to stop the government’s effort to scrap the regular independent assessment of NHS staffing needs. Another that went to the wire was the nationality and borders bill, where peers have voted repeatedly to ensure that the laws on asylum seekers in the new legislation remain in line with the United Kingdom’s treaty obligations towards refugees; nevertheless, on Tuesday, Tory MPs voted to get rid of the clause and permit Britain to breach its international commitments yet again. It was a crowning disgrace on a long list of legislative shame.

It may well not be the last one. There is no guarantee that the next parliamentary session will be different. The damage to public trust bleeds ever on. The legacy of Partygate has not played out yet; much more is to come. The readiness of many MPs, led by the prime minister, to ignore other rules seems undiminished. And the taste for cruel and slippery legislative innovation will increase as the government’s popularity slides further – as it so richly deserves to do, not least in next week’s local elections.