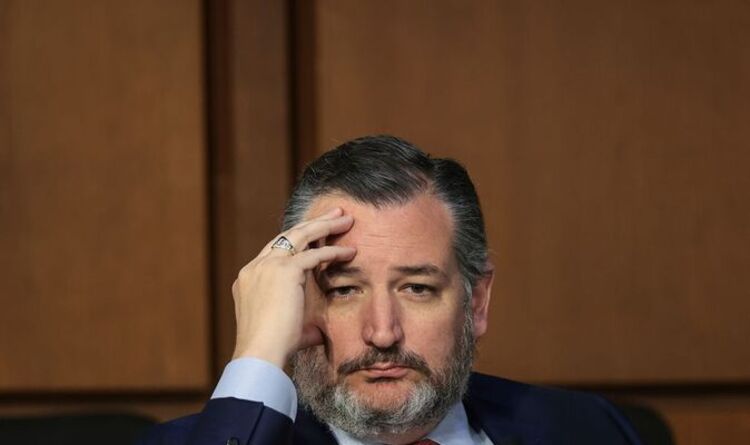 He said: “Joe Biden caused this war with Ukraine. How did he do it?

“When he waived sanctions on Nord Stream 2, sanctions that I authored, that I wrote, that Donald Trump signed into law.”

Mr Cruz went on to argue that the Nord Stream 2 project had been completed to “to let Putin get his gas to Europe”.

However the pipeline, which was completed last September, has not become operational and may never fully open following the Russian invasion of Ukraine.

It was Germany rather than the United States which was the main proponent of the pipeline before political pressure following the invasion persuaded Chancellor Olaf Scholtz to pause the project.

Mr Cruz’s views were slammed by Twitter users, who argued it is Russian President Vladimir Putin who is responsible for the war rather than Joe Biden.

One woman who identified herself as a Texan wrote on Twitter: “Putin ALONE is responsible for attacking a sovereign country and the human rights atrocities now occurring.”

Another tweeted: “Nord Stream 2 which hasn’t been finished and has not moved any natural gas to Germany and has been basically shut down by Germany???”

This was a theme the Ukrainian President addressed in his virtual speech to the German Parliament last month.