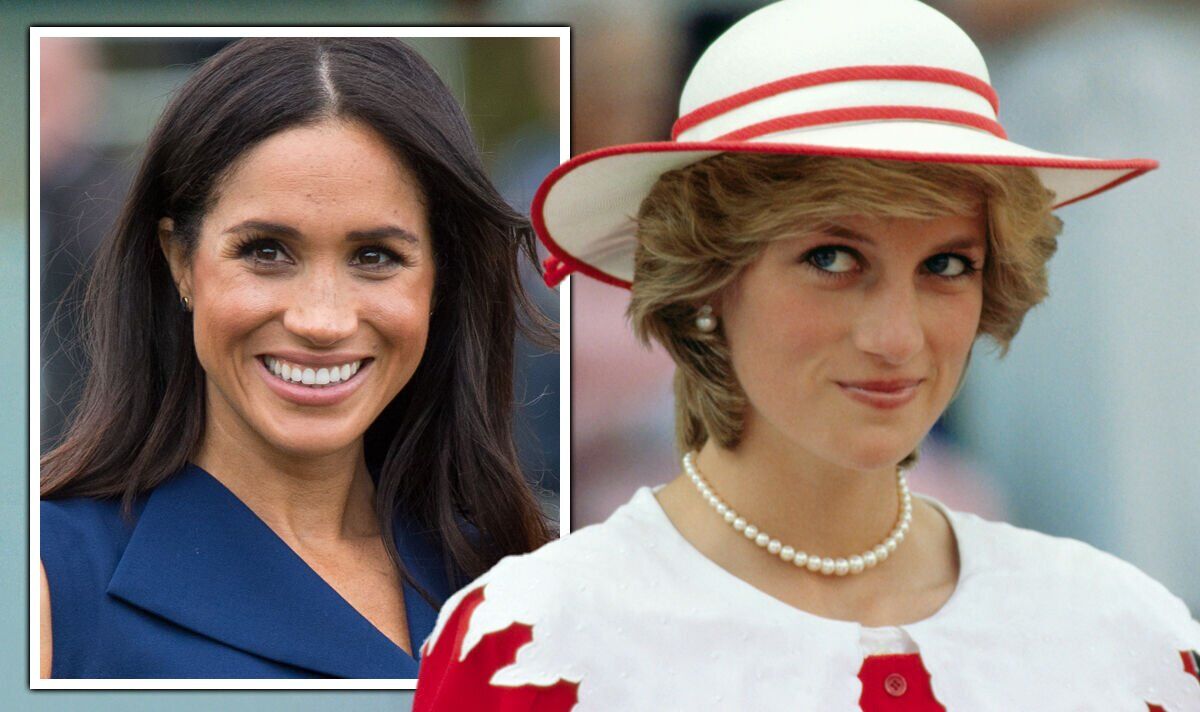 The uproar began after royal commentator Omid Scobie took to Twitter the laud HBO’s new documentary The Princess. The film details the life and death of Princess Diana and the British public’s attitude toward the royal family via news footage from the time.

However, many were quick to draw a comparison between the late Princess of Wales and Meghan Markle.

Royal commentator Omid Scobie, quoting from the documentary, said: “‘When you put a modern person in an ancient institution they will be destroyed. But once an institution starts destroying people, it’s time to recognize there is something fundamentally wrong with that institution and not the people it destroys.’

“Have you watched The Princess yet?”

Meghan’s fans took to social media to compare the documentary with the Sussexes’ departure from royal life. Some went so far as to vow to “fight back” against The Firm.

Replying to Mr Scobie’s tweet, one user, Benedicta Weir (@adzo72), said: “I have [watched the film]! It’s gripping, we’ll fight back this time. They’ll not get away with the bullying, harassing and abusing Meghan and Harry. A shameful, ridiculous and purposeless institution.”

However, not everyone wanted to hear from Mr Scobie on the issue, one Twitter user Jan Taylor (@jantaylor00) asked why he wrote about the Royal Family if he disliked them so much, while CS09 (@87CPS) simply said: “Oh, go away.”

Another Twitter user, Lori J (@heyLJ2) added that Princess Diana should be left to “rest in peace” without the release of new movies and documentaries.

She said: “It’s time to let her rest in peace and let her sons live their lives without the constant barrage of movies and documentaries [about] their mother. ENOUGH ALREADY!”

The documentary uses archival footage and news clips from the 1980s and 1990s to follow Princess Diana’s life. However, the film does not use commentators or historians to contextualise the clips.

Due to this, viewers can watch the news reels as they were presented at the time.

The documentary also focuses on the late Princess of Wales’ relationship with the media, something her son, Prince Harry, has repeatedly pointed to when asked why the Sussexes wanted to leave the royal life.

During the couple’s famous bombshell interview with Oprah Winfrey, Prince Harry claimed that “history was repeating itself”.