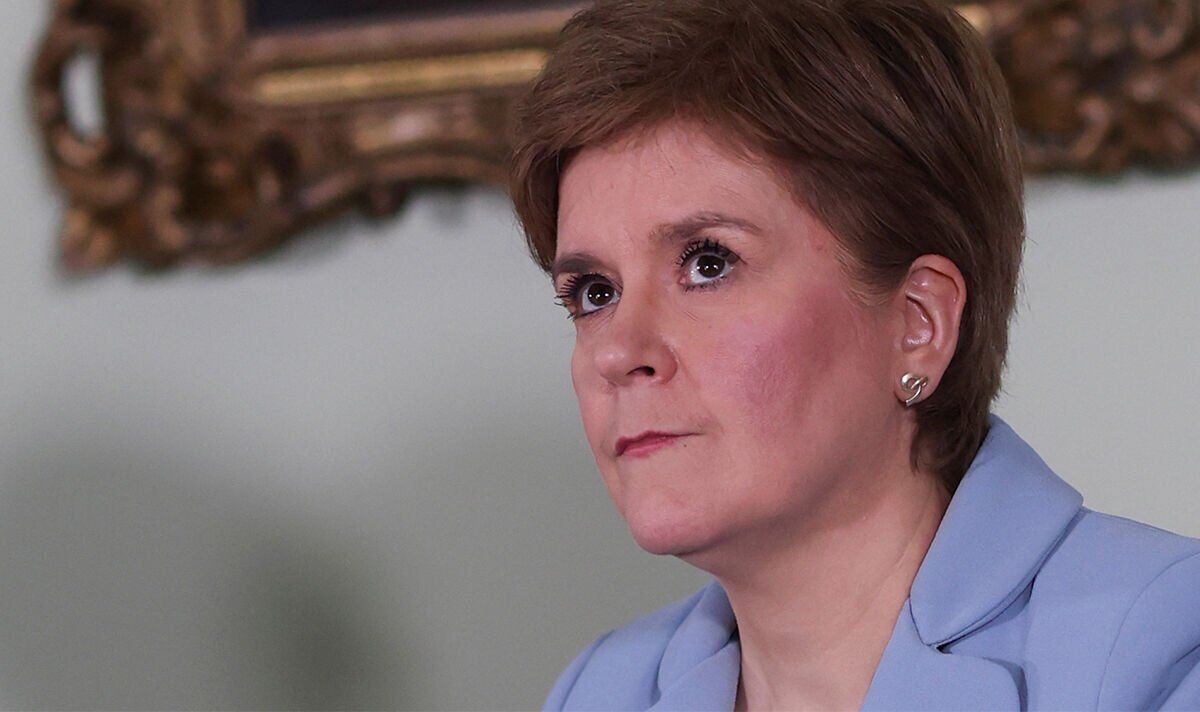 The UK Government’s Advocate General for Scotland, Lord Keith Stewart QC, has published his argument as to why the SNP-led Holyrood government cannot carry out a new Scottish independence referendum without the consent of Westminster. He said Ms Sturgeon’s plans to pass legislation to hold a new vote next October were outside the jurisdiction of the Scottish parliament.

Lord Stewart said the proposed Bill “plainly relates to reserved matters” that must be determined by Westminster.

Constitutional matters are reserved for the UK Government under the devolution settlement with Scotland.

However, Ms Sturgeon has argued IndyRef2 falls within her authority as the ballot will be non-binding.

A full legal case on the legality of a referendum will be heard by the Supreme Court in October.

The UK Government submitted its argument to the court yesterday and made the document public for all to view online today.

Urging the Supreme Court to reject the bid for a fresh vote, Lord Keith highlighted that even the Scottish Government’s own Lord Advocate, Dorothy Bain, has not ruled the Bill to be within the scope of the Holyrood parliament.

Lord Stewart said: “Taken at its highest, the effect is that a Bill cannot be introduced into the Scottish Parliament by a Minister of the Scottish Government, which the Lord Advocate considers to be outside legislative competence.”

He added that the court case was effectively a waste of the court’s time.

In his written submission, he said: “It is hard to see why this should be a matter of legal concern. Parliament is unlikely to have intended the time of the Scottish Parliament, or the resources of the Supreme Court on a Schedule 6 reference, to be taken up with matters which the Scottish Government’s own Law Officer considers to be outside competence.”

Further tearing into the case put forward by the Scottish government, Lord Stewart dismissed suggestions that the vote would be legal because it was advisory rather than binding.

He said that it was not credible to suggest the referendum was being carried out “as a matter of academic interest only”.

The UK Government representative stated: “It is, of course, right that the outcome of the referendum provided for by the Draft Bill has no legal effect: it is not ‘self-executing’.

“But nor can it credibly be suggested that the outcome of the referendum will be ‘advisory’ in the sense of being treated as a matter of academic interest only.

“A referendum is not, and is not designed to be, an exercise in mere abstract opinion polling at considerable public expense.

“Were the outcome to favour independence, it would be used (and no doubt used by the SNP as the central plank) to seek to build momentum towards achieving that end: the termination of the Union and the secession of Scotland.

“It is in precisely that hope that the Draft Bill is being proposed.”

A UK Government spokesperson said: “People across Scotland want both their governments to be working together on the issues that matter to them and their families, not talking about another independence referendum.