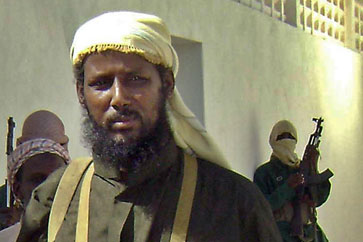 The co-founder and former spokesperson for al-Shabab has been under house arrest since 2018.

Somalia’s Prime Minister Hamza Abdi Barre has named the country’s new cabinet, choosing former al-Shabab spokesperson Muktar Robow as a minister, a move that could either help strengthen the fight against the insurgency or provoke clan clashes.

In televised remarks on Tuesday, Barre said Robow, who once had a $5m United States bounty on his head before he split from al-Shabab in 2013, would serve as the minister in charge of religion.

“After much deliberation with the president and the public, I have named cabinet ministers who have education and experience and they will fulfil their duties,” Barre said before announcing the cabinet appointees. “I ask the parliament to approve the cabinet.”

Robow, who has been under house arrest for the last three years, also used to serve as a deputy leader of al-Shabab, the al-Qaeda-linked armed group.

In December 2018, he was in Somalia’s South West State while campaigning for the regional presidency. The protests that followed were quashed with deadly force, with security forces shooting at least 11 people.

Some analysts have speculated that Robow, who has long denounced al-Shabab, could help strengthen government forces in his native Bakool region, where the group holds substantial amounts of territory.

New President Hassan Sheikh Mohamud, elected by lawmakers in May, has promised to take the fight to the armed groups after three years in which his predecessor, consumed by political infighting, took little action against al-Shabab.

The group frequently attacks civilians and government officials and installations.

In February, it attacked election delegates in the capital, Mogadishu. The delegates were unharmed but six bystanders were killed.

That allowed the group to build up substantial reserves of cash and carry out attacks over a wide swathe of the country.