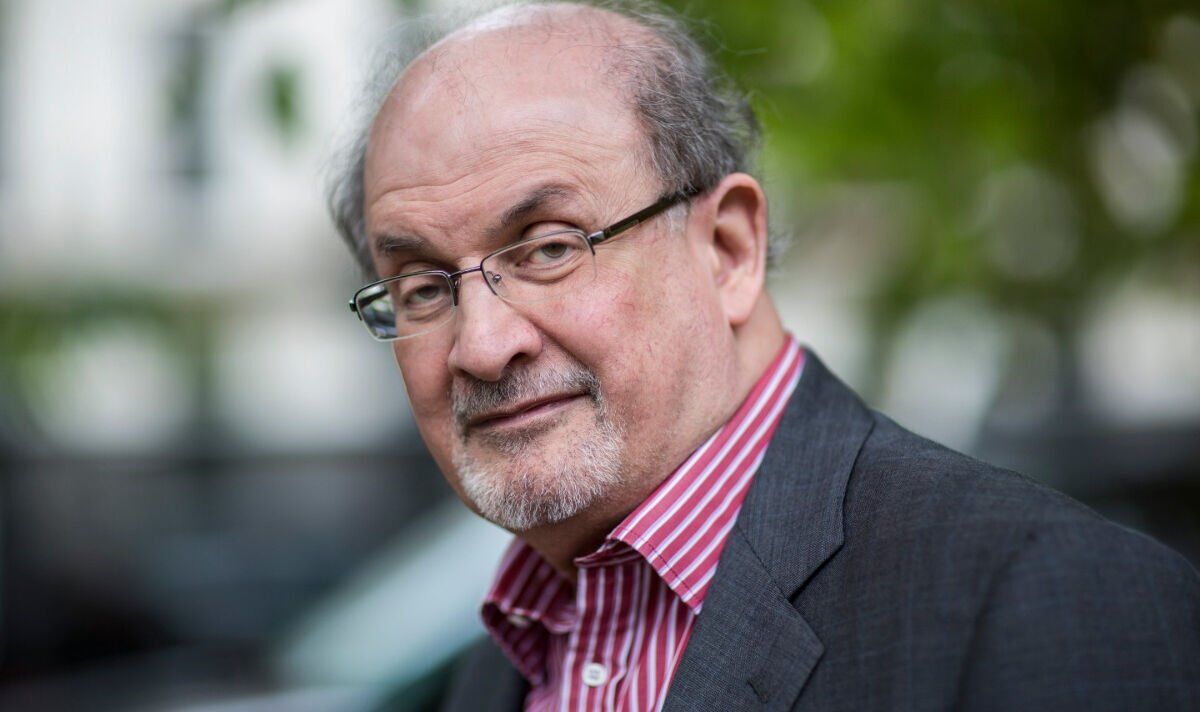 Andrew Wylie, who works as Sir Salman’s agent, revealed to US media that the 75-year-old was taken off the ventilator and talking. Mr Wylie did not provide further details about the author’s current condition, AP has claimed.

The update came after Mr Wylie indicated the Indian-born British author was using the ventilator and could lose an eye after he was stabbed in New York.

Mr Rushdie was about to deliver a lecture at the Chautauqua Institution when he was attacked.

Michael Hill, who is President of the Chautauqua Institution, also welcomed the most recent update.

Writing on Twitter, Mr Hill said: “Salman Rushdie off ventilator and talking. Continued prayers from all at Chautauqua Institution.”

JUST IN: Salman Rushdie stabbing: What is a fatwa?

The man who has been accused of stabbing Sir Salman pleaded not guilty on Saturday to charges of attempted murder and assault.

Hadi Matar, 24, who is accused of stabbing Mr Rushdie at least 10 times, has been remanded in custody without bail.

Leaders across the world have shared their thoughts with Mr Rushdie’s family following the attack.

Boris Johnson, 58, said: “Appalled that Sir Salman Rushdie has been stabbed while exercising a right we should never cease to defend.

READ MORE: The attack on Salman Rushdie is an attack on civilisation itself

“Right now my thoughts are with his loved ones. We are all hoping he is okay.”

US President Joe Biden, 79, added: “Jill and I were shocked and saddened to learn of the vicious attack on Salman Rushdie yesterday in New York.

“We, together with all Americans and people around the world, are praying for his health and recovery.”

“These are the building blocks of any free and open society.

“And today, we reaffirm our commitment to those deeply American values in solidarity with Rushdie and all those who stand for freedom of expression.”

Rushdie, who penned The Satanic Verses, faced death threats from Iran in the 1980s and religious leaders even ordered a “fatwa”.