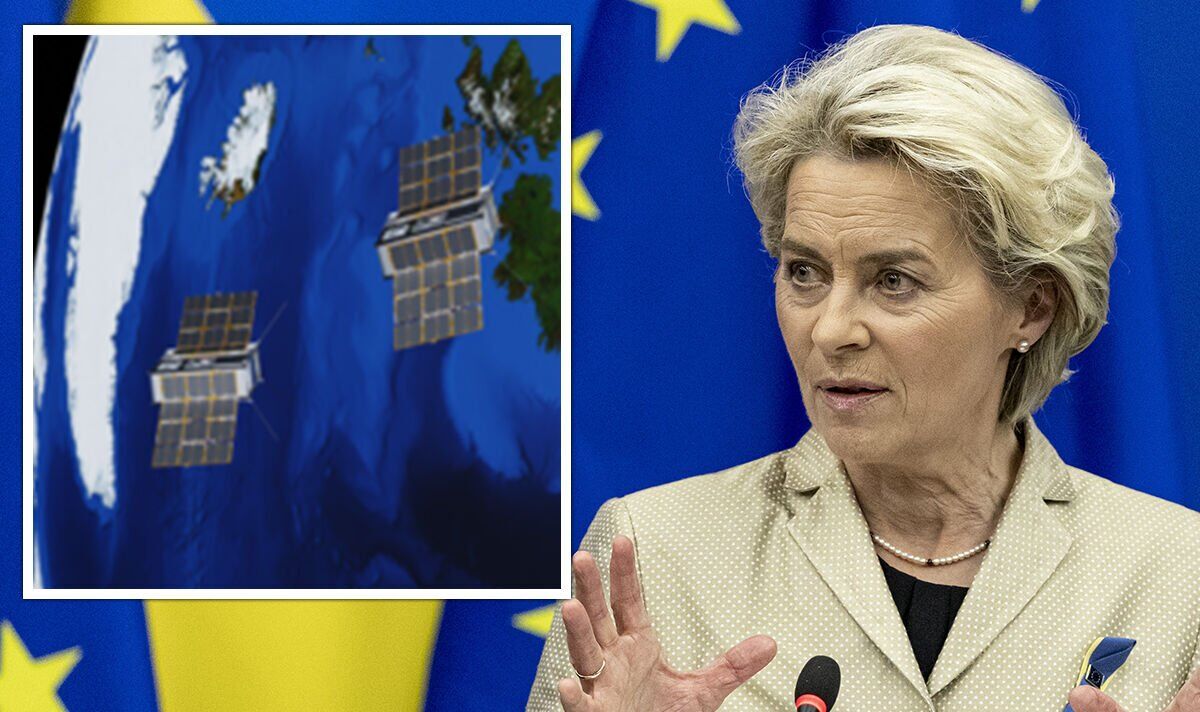 Constructed by In-Space Missions Ltd, based in Hampshire, and designed with Airbus, Prometheus-2 is a collaboration between the UK Ministry of Defence (MoD) and international partners. It will launch this summer from Spaceport Cornwall on board Virgin Orbit’s LauncherOne rocket. Two shoebox-sized satellites, dubbed Cubesats, will provide a test platform for monitoring radio signals including GPS and sophisticated imaging.

This will pave the way for a more collaborative and connected space communication system with our Five Eyes allies.

The international collaboration includes the NRO, the agency that operates the US’ fleet of spy satellites.

The launch is unique as Virgin Orbit uses a modified Boeing 747 carrier aircraft called Cosmic Girl to release the payloads into space.

It will allow the MoD to better understand how the UK, along with its allies, can work together to create a new system at a lower cost than could be achieved alone.

The system, which goes live in 2026, features a Public Regulated Service (PRS) that can be used by Government agencies, armed forces and emergency services.

The bloc decided this “crucial feature” would only be accessible for EU members, despite the UK developing its “brains and heart”.

But in September 20202 this UK project was rebranded as a new entity, namely the United Kingdom Space Based Positioning, Navigation and Timing Programme (UK SBPNTP).

PNT is necessary for the functioning of the nation’s critical infrastructure.

Whether for civil, commercial, or military use, nearly all sectors rely on accurate PNT information to provide services.

However, the ubiquitous use of the Global Positioning Navigation (GPS), or Galileo, as the primary source of PNT information makes these sectors vulnerable to adversaries seeking to cause harm by disrupting or manipulating the GPS signal.

The technology on board the satellites launching this summer will enable MOD to identify new techniques and algorithms for operating satellites and data processing.

“This collaboration with In-Space Missions and Airbus paves the way for the UK to become a more resilient, more robust and more significant global space entity.”

Deputy CEO at the UK Space Agency, Ian Annett, added: “We are putting the UK at the forefront of small satellite launch, providing world-leading capability for commercial customers and governments within a global market, opening new opportunities and inspiring the current and next generation of British space scientists, engineers and entrepreneurs.

“These satellites showcase the UK’s strengths in designing and building satellites.

“Being able to launch from the UK and across Europe for the first time will boost our satellite industry further, create high skilled jobs across the country and deliver a key ambition of the National Space Strategy.”

It comes after the Government committed £1.4billion in extra funds to “bolster our national interests in space”.