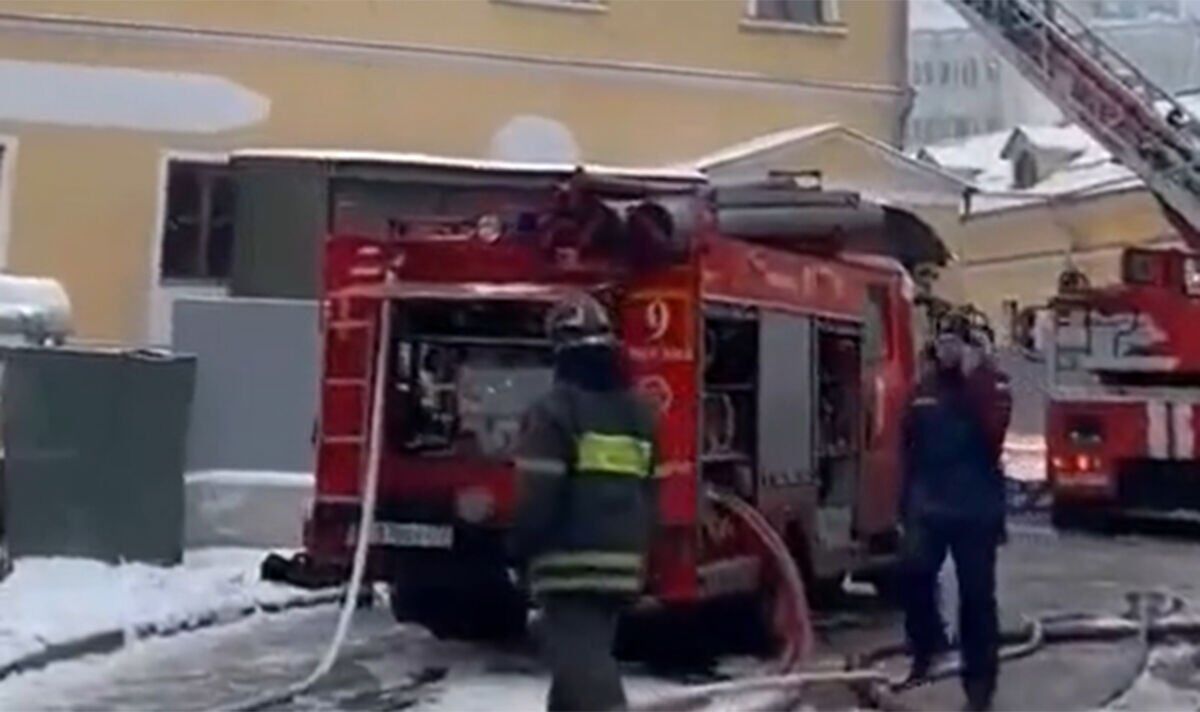 The Pushkin State Museum of Fine Arts caught fire this morning, sparking panic in Moscow. Officials revealed that one firefighter was injured while tackling the blaze at the art museum. The Pushkin is the largest museum of European art in Moscow and one of the leading destinations for visitors to the Russian capital.

The building – known as the Lopukhin estate – is currently being used by the Pushkin State Museum.

The two-story old manor house dates back to the late 17th century.

Officials revealed that the man was hospitalised after a ceiling collapsed onto him on the second floor of the building.

It is thought that the ceilings between floors caught fire.

JUST IN: Qatar World Cup murder fears as US journalist collapses and dies

In March 2022, the museum’s deputy director Vladimir Opredelenov resigned to protest against Russia’s invasion of Ukraine

Many commentators immediately remarked that buildings appear to be frequently catching fire in Russia.

@OMonteyne2, who monitors the Ukraine conflict, tweeted: “Another day, another fire in Moscow.”

The centre had been a base for major Western retail outlets until they pulled out after February’s invasion of Ukraine.

The fire spread across the roof of the OBI superstore at the complex early on Thursday morning, and at one point covered 18,000 sq m (194,000 sq ft).

Meanwhile, in the war in Ukraine, Russian President Vladimir Putin has said that Russia could amend its military doctrine by introducing the possibility of a pre-emptive strike to disarm an enemy.

On Friday, President Putin said that Moscow was considering whether to adopt what he called Washington’s concept of a pre-emptive strike.