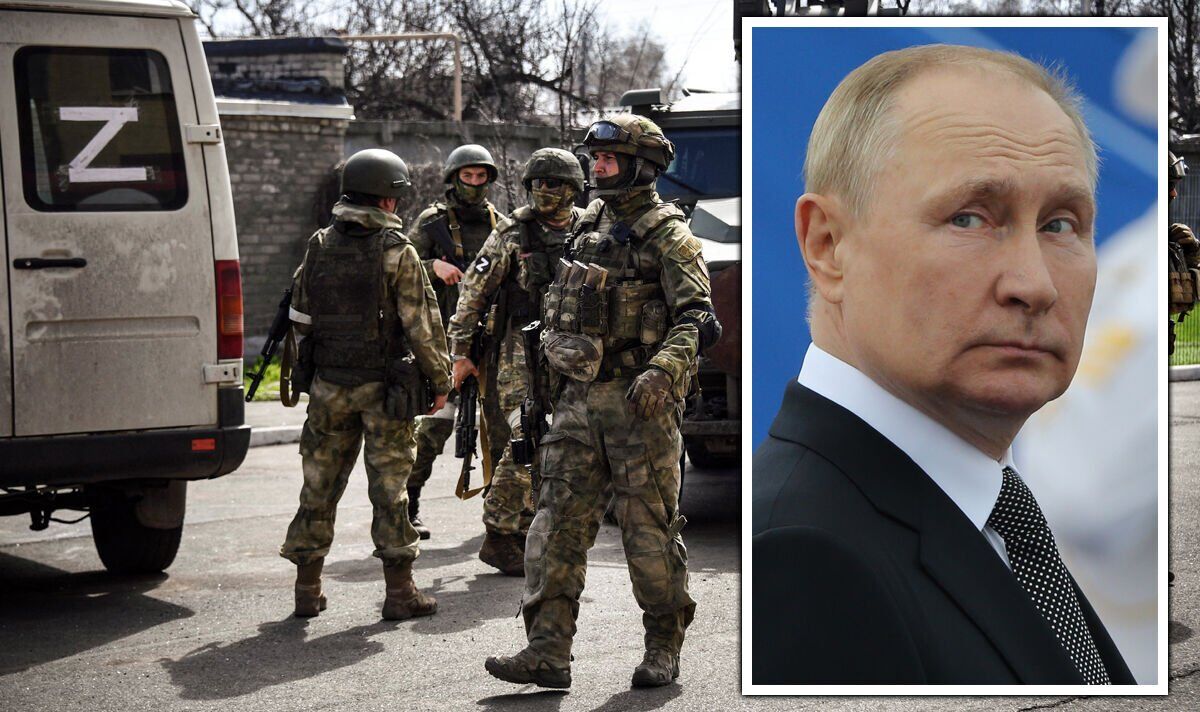 The General Staff of the Armed Forces of Ukraine said on Thursday the Russians had withdrawn from their positions after failing to conduct assaults on Shevchenkove.

The reported setback added to a series of challenges presented to Putin‘s men by Kyiv as Ukrainian troops ramped up their efforts in defending from an invasion that will next week hit the six-month mark.

In recent developments, Ukrainian troops took down bridges across the Dnieper river in Kherson oblast to prevent the Russian army from resupplying its forward positions on the west bank.

On August 10, Ukraine’s southern command said it rendered the bridge across the Dnieper at the Kakhovska hydro-electric power station unfit for use by the Russian military.

That, the UK’s Ministry of Defence (MoD) explained, means Russian forces are now restricted to two pontoon ferries they have brought.

The Institute for the Study of War (ISW) wrote in an assessment of the disrupted crossings: “Russian forces cannot support mechanised operations at scale without a reliable GLOC (ground lines of communication).

“Bringing ammunition, fuel, and heavy equipment sufficient for offensive or even large-scale defensive operations across pontoon ferries or by air is impractical if not impossible.”

He wrote on Telegram: “We will not forgive, we will take revenge.”

Meanwhile, Russia’s war has raised concern over the safety of Europe’s largest nuclear plant, as Kyiv and Moscow accuse each other of shelling the area.

Ukrainian workers operate the Zaporizhzhia nuclear plant, which has been under Russian control since March after becoming one of the first sites seized by Putin’s men.

He warned: “Any potential damage to Zaporizhzhia is suicide.”

The three leaders accused Moscow of turning the facility into an army base and urged the Kremlin to demilitarise the area as soon as possible.

He told reporters: “Their implementation will make the plant even more vulnerable.”

Moscow’s fear of “vulnerability” comes as its troop losses are increasingly difficult to hide.

While it is impossible to confirm the exact number of casualties, the estimates are chilling.

Colin Kahl, the US undersecretary of defence for policy, discussed the figures during a briefing at the Pentagon last week.

He said: “I think it’s safe to suggest that the Russians have probably taken 70,000 or 80,000 casualties in less than six months.

“They have made some incremental gains in the east, although not very much in the last couple of weeks, but that has come at extraordinary cost to the Russian military.”

Other estimates have placed Russian losses at around 20,000 so far, with 5,000 of those reported to be mercenaries of the Wagner Group.

While Moscow has consistently denied Wagner has any connection with Putin’s regime, some suggest Russia’s military intelligence agency, the GRU, secretly funds and oversees the group.