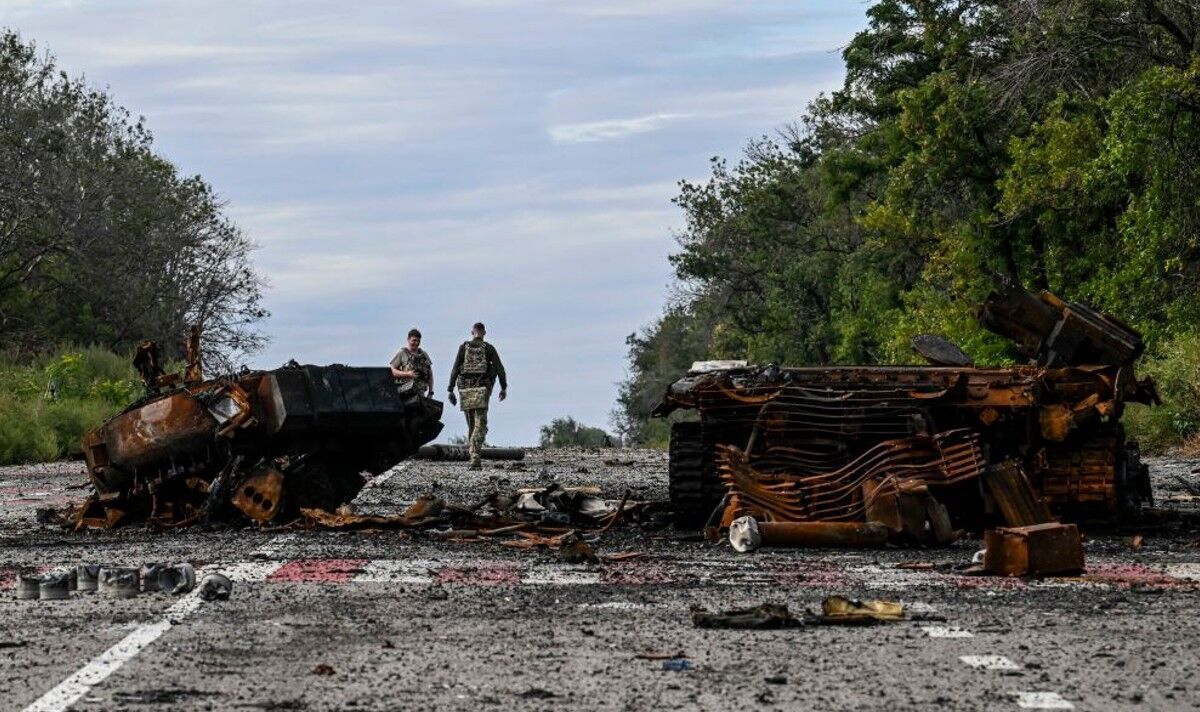 Last week, Kyiv unleashed a surprise counterattack in Ukraine’s northeast region. Putin’s army was taken by complete surprise and has been overwhelmed by the Ukrainian onslaught. Latest intelligence estimates that Ukraine’s army has penetrated 43 miles into Russian defensive lines and retaken over 1,100 square miles of territory.

Ukraine’s military has managed to retake Kupiansk and Izyum, key logistical centres for Russia’s army in the east

The stunning success of Kyiv’s army has sent shock waves through the Kremlin and Russia’s military high command, who appear to be in denial about realities on the ground.

Russia’s Ministry of Defence attempted to paint the withdrawal of its forces from Izyum as an organised tactical move.

Officials claimed the Russian soldiers were being “regrouped” so that efforts could be stepped up in Donetsk.

However, analysts from the Institute for the Study of War (ISW) dismissed these claims in their latest bulletin, saying the Russian army was in total disarray.

“Russian forces are not conducting a controlled withdrawal and are hurriedly fleeing southeastern Kharkiv Oblast to escape encirclement around Izyum.”

They added: “Ukrainian forces have penetrated Russian lines to a depth of up to 70 kilometres (43 miles) in some places and captured over 3,000 square kilometres (1,100 sq. miles) of territory in the past five days since September 6th.

“This is more territory than Russian forces have captured in all their operations since April.”

The chaos and panic gripping Russian troops were graphically illustrated by Ukraine’s General Staff of the Armed Forces in their Sunday update.

They reported that Russian units from the 3rd Motorized Rifle Division of the 20th Joint Arms Army had been left without support and were in “a panicked mood”.

Russian military bloggers claim that Kyiv’s army has captured Velykyi Burluk in Kharkiv region, which would put it within shouting distance of Russia.

“Russian milblogger Yuriy Kotenyok stated that Ukrainian forces took advantage of the absence of a continuous front line while advancing on Velyky Burluk.”