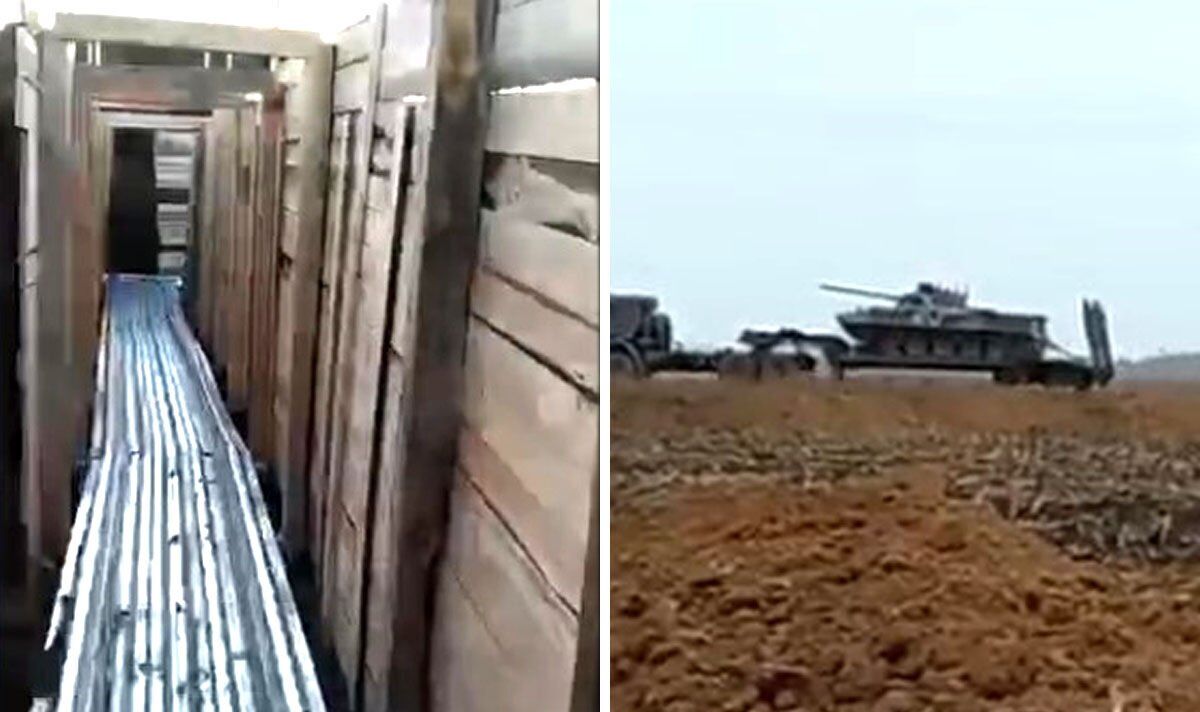 Miles of trenches and military fortifications are being built to the north of Crimea in anticipation of Ukraine’s advancing forces, footage has shown. After Ukraine retook the southern port city of Kherson last week, Putin’s forces appear to have started preparing for conflict deeper in Russian territory, with footage showing tanks being transported to the area of Heniches’ka Hirka. Rows of tents intended for Russian soldiers, as well as trenches dug in the ground and fortified with metal and wood, can also be seen in the footage. Crimea’s temporary governor Sergey Aksyonov confirmed Russia was carrying out “fortification work” on Friday.

“Fortification work is being carried out on the territory of Crimea under my control with the aim of guaranteeing the security of all Crimeans,” Sergei Aksyonov, Moscow-appointed governor of the region, said on Friday.

The footage released on social media and the comments made by Aksyonov seem to confirm British intelligence that after a series of humiliating defeats, Russia is now turning to defence.

The UK Ministry of Defence said on Friday morning that Russian forces are digging trenches along the Crimean border, as well as near the Seversky-Donets River between Donetsk and Luhansk.

In some places, this is happening nearly 40 miles behind the front line, suggesting Russia is preparing for “major Ukrainian breakthroughs”.

“Russian forces continue to prioritise refitting, reorganisation and the preparation of defences across most sectors in Ukraine,” the ministry said in its daily intelligence update.

“Some of these locations are up to 60 km behind the current front line, suggesting that Russian planners are making preparations in case of further major Ukrainian breakthroughs.”

The northernmost tip of Crimea is roughly 60 miles from the front line. Should Ukrainian Armed Forces reach that point, it would be the first time Russia has been challenged for the territory in eight years.