Skip to content
HomeNewsRoyal POLL: Should Meghan and Harry visit the Queen during their UK trip? 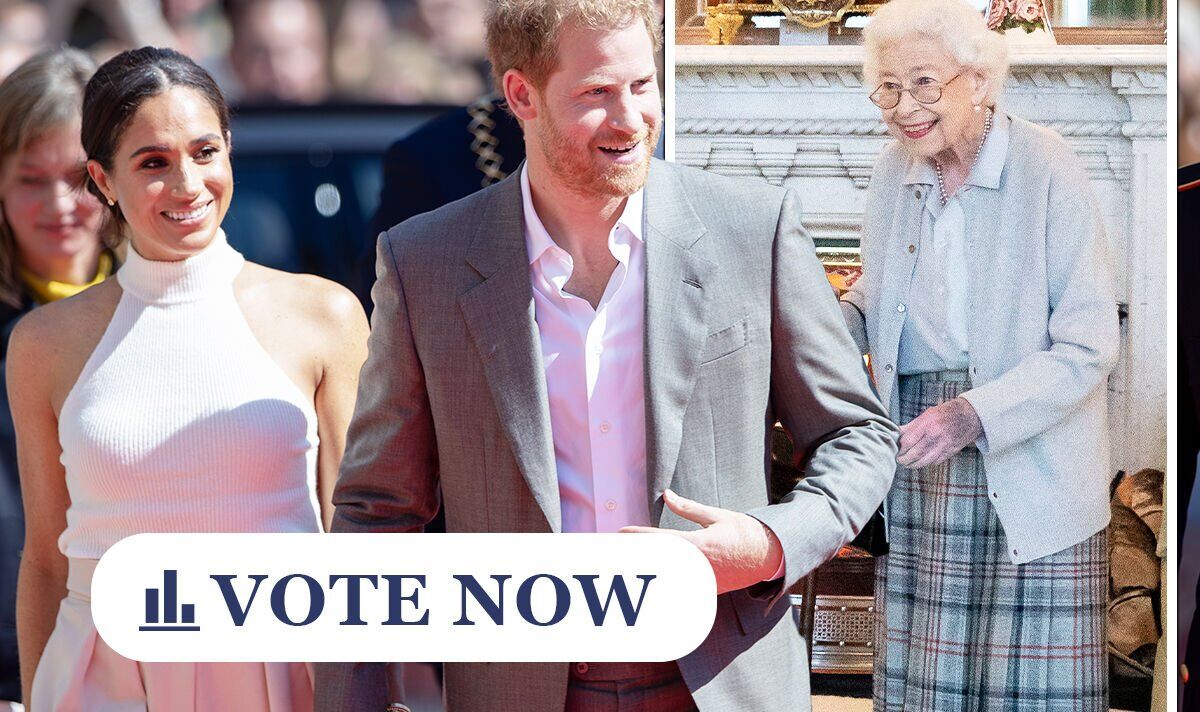 Meghan Markle and Prince Harry reportedly arrived in the UK on Saturday to appear at a number of charity events throughout the week. In promoting Meghan’s new podcast, Archetypes, last week, the couple made more bombshell claims about their treatment within the Royal Family. Although no official meeting has been confirmed, it is believed the Duke and Duchess of Sussex may have time to visit the Queen at Balmoral on Wednesday.

The pair, who have been living in California since stepping away from royal duties two years ago, reportedly landed on British soil for the first time since the Queen’s Jubilee celebrations in June.

Their visit will take them from charity event to charity event, both in the UK and Germany, including the One Young World 2022 Summit in Manchester tonight, an Invictus Games event in Düsseldorf and the WellChild Awards in London on Thursday.

The visit comes amid fresh controversy, however, after Meghan made a series of revelations in the first episode of Archetypes.

In conversation with New York Magazine’s The Cut, Meghan claimed that she and Harry initially wanted to remain part of the Royal Family in a reduced capacity, but that their proposal was rejected despite it having been done before.

Harry – preparing to release his tell-all memoir in time for Christmas – also alleged during the podcast that some members of the Royal Family “aren’t able to work and live together.”

READ MORE: Meghan Markle ‘so out of touch’ after ‘weird’ granola bar episode

This comes as a royal insider on Monday alleged the Duke and Duchess declined an invitation from Prince Charles to stay with him at Balmoral during their trip.

The insider said: “The Prince of Wales reiterated his invitation for Harry and Meghan, and the whole family if they wished, to come and stay with him this summer while he is at his home on the Balmoral estate.

“He thought it might be a good opportunity for everyone to take stock and relax, but the invitation was declined.”

However, although no official visits with Royal Family members have been confirmed, it is believed Meghan and Harry are free of engagements on Wednesday and may seize the opportunity to visit the Queen.

So what do YOU think? Should Meghan and Harry visit the Queen during this UK trip? Vote in our poll and leave your thoughts in the comment section below.