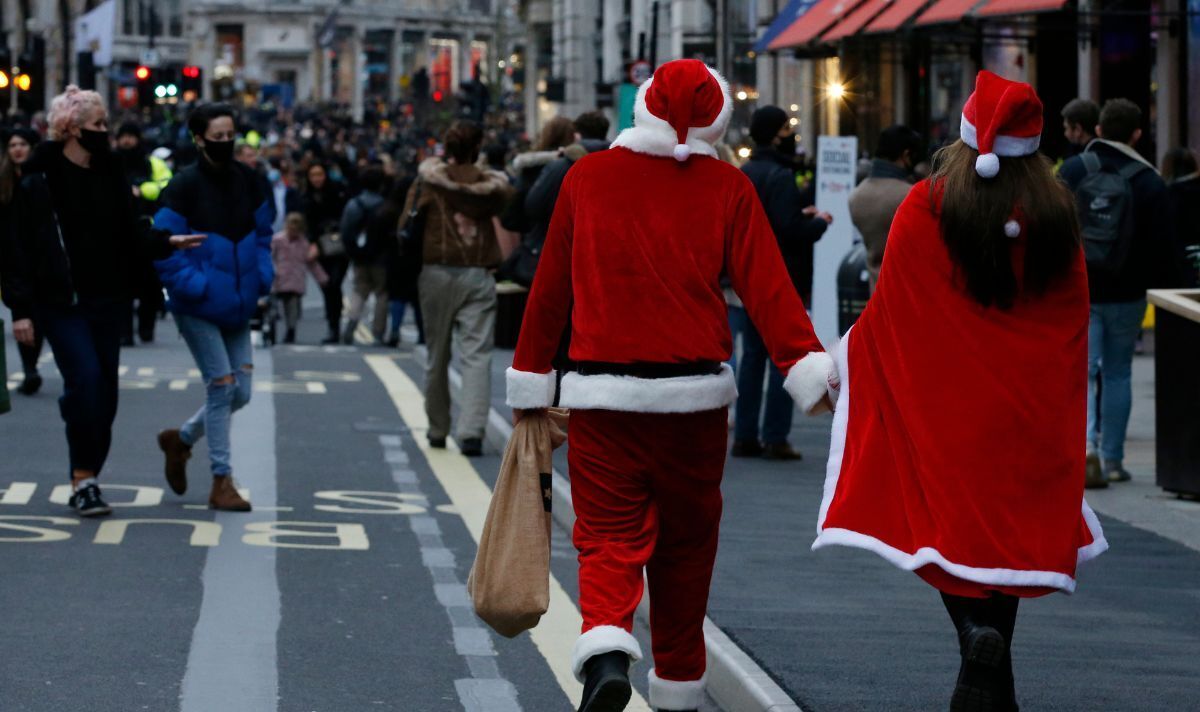 On Wednesday, the Communication Workers Union (CWU), which represents postal workers, decided the strikes scheduled for Black Friday weekend and the run-up until Christmas will go ahead. Strike action will be taken this week by 115,000 people after talks between the CWU and the Royal Mail ended without agreement.

Small businesses which run online shops are worried the current strikes will force more bargain buyers towards the high street rather than the internet.

An eBay marketplace survey showed half of the small businesses on the website saw the impact of the Royal Mail strikes as “disastrous” for demand.

eBay’s General Manager for Britain, Murray Lambell, said: The UK boasts one of the world’s most sophisticated e-commerce economies, with small businesses thriving by scaling up their retail operations online.

“But industrial action risks creating chaos at the worst time for businesses and families.”

He continued: “Astronomical energy prices, rising interest rates, and the blowback from political unrest has made it incredibly challenging for small businesses to operate right now.

“Adding industrial action, which is causing widespread disruption to deliveries and sales, at the most important time of year for trading, risks being the nail in the coffin for many small businesses.”

The Royal Mail has accused the CWU of “holding Christmas to ransom” and said they have given the union their “best and final offer”.

The postal company said in a statement they have offered staff a nine percent raise over 19 months, would commit to making working Sundays voluntary and would make no compulsory redundancies before March 2023.

The Royal Mail has said they have lost more than £100million due to strikes, and they would withdraw the current pay offer if there is “further deterioration in the company’s financial position caused by industrial action”.

READ MORE: Every date and route impacted as thousands of bus workers strike

The strikes have been deliberately planned to coincide with the Christmas shopping season, as a 48-hour strike is scheduled to begin this Thursday and continue on Black Friday.

Strikes will also hit on November 30 and December 1 which will likely affect Cyber Monday deliveries, and December will also see six days of indusial action.

Springboard, the retail intelligence agency, has predicted this will said this Black Friday is likely to be even busier than last year due to the cost of living crisis, with sales being 12.8 percent higher.

The Director of Food and Sustainability at the British Retail Consortium has reassured people that they will be working to help make sure deliveries try to run smoothly.

He said: “Retailers will be working closely with their delivery providers on contingency plans to ensure customers can get the goods they need, especially on Black Friday and the run up to Christmas which is so important to consumers and retail businesses during this very difficult year.”

The founder of Small Business Britain, Michelle Ovens, however, is still concerned about the strike’s impact on Britain’s small businesses.

He said: “Small businesses are under incredible pressure right now, with every area of business under strain and cash flow a huge problem.

“The widespread disruption caused by postal strikes will jeopardise a core sales channel for many small businesses during the critical peak period when every sale counts.

“We need to be doing all we can to support these businesses to recover and grow, and minimise obstacles where possible, not place them under further duress.”